Trevor Noah's epic Bush family smackdown: "In the Bush Family you weren't considered a man until you'd invaded Iraq or lost your virginity"

"He's in so much pain," Noah cracks about Jeb! "He was born cramped in the tiny tank of American politics" 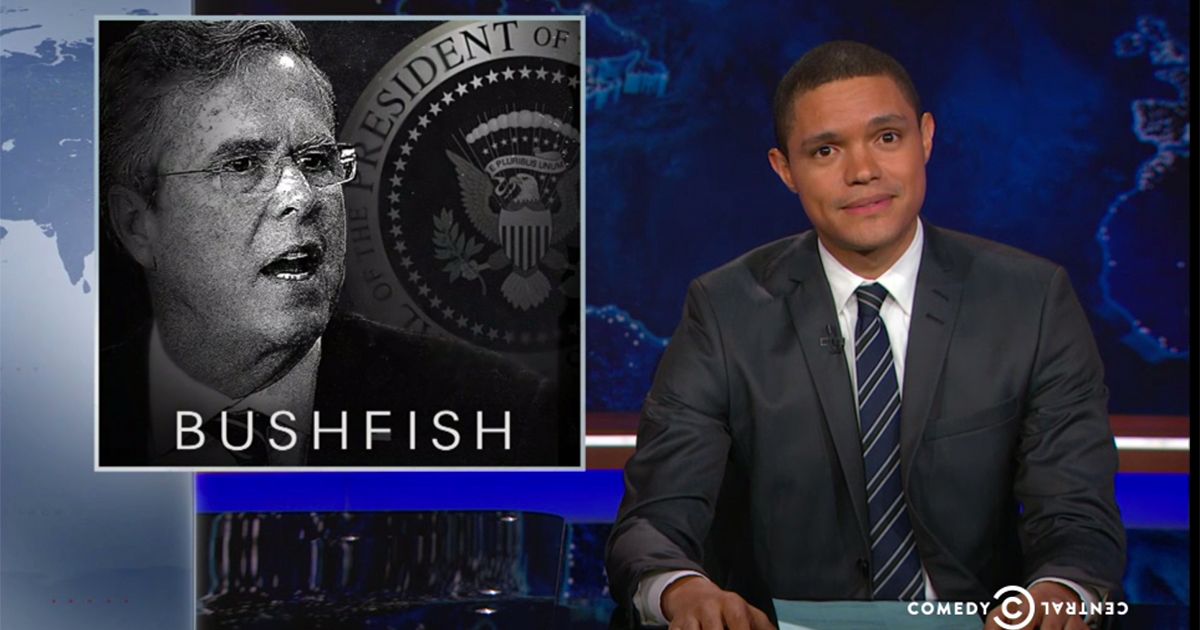 Trevor Noah was excited to celebrate Sea World's decision to finally let the orcas go on Tuesday night's "Daily Show." He said it was evidence that Americans really do agree that #BlackFishMatter. But there's one more big fish that is in captivity Noah is concerned about: Jeb Bush.

It's true. Jeb Bush is just a campaign week away from needing his own Sarah MacLachlan ad with sad photos of himself being politically beaten to a pulp in campaign captivity. Noah said he just couldn't watch as Jeb began to answer questions. "He's in so much pain."

"Jeb has never known what it's like to swim in a great big ocean," Noah said. "An ocean called life. He was born cramped in the tiny tank of American politics... In the Bush Family you weren't considered a man until you'd invaded Iraq or lost your virginity. Whichever one came first."

Given that the 2016 elections are less than a year away now, the other Bushs have retired, and his poll numbers are nothing more than the plankton on the side of his tank, Noah has a plan to help. "Jeb Bush wants to be set— No! Jeb Bush deserves to be set free."

Starting Tuesday night, Noah and "The Daily Show" are beginning their campaign to free Jeb. Presumably because a campaign called "Free Bush" might get blocked by network censors and lead to difficult to explain Google searches. Partnering with Change.org, the show started a petition to stop the heartbreaking decline of the Jeb! and relocate him to his natural habitat in the Florida suburbs. If we all work together, we can free Jeb from crying in the shower with his clothes on, being told he needs to be funny and worst of all, more of the harsh abuse at televised debates. "By demanding that Jeb be freed, you are taking a stand for people everywhere who are running for president just because their fathers and brothers did," the petition says. "By signing this petition, you are doing your part to show the world that America cares about the basic human rights of worn-out political heirs who just want to be left alone. Help us end this madness. Free Jeb Bush."

Watch the inspiring video and the launch of this heroic campaign below: