I watched American denial at work as a soldier in Iraq. I'm seeing it all over again in our global warming response 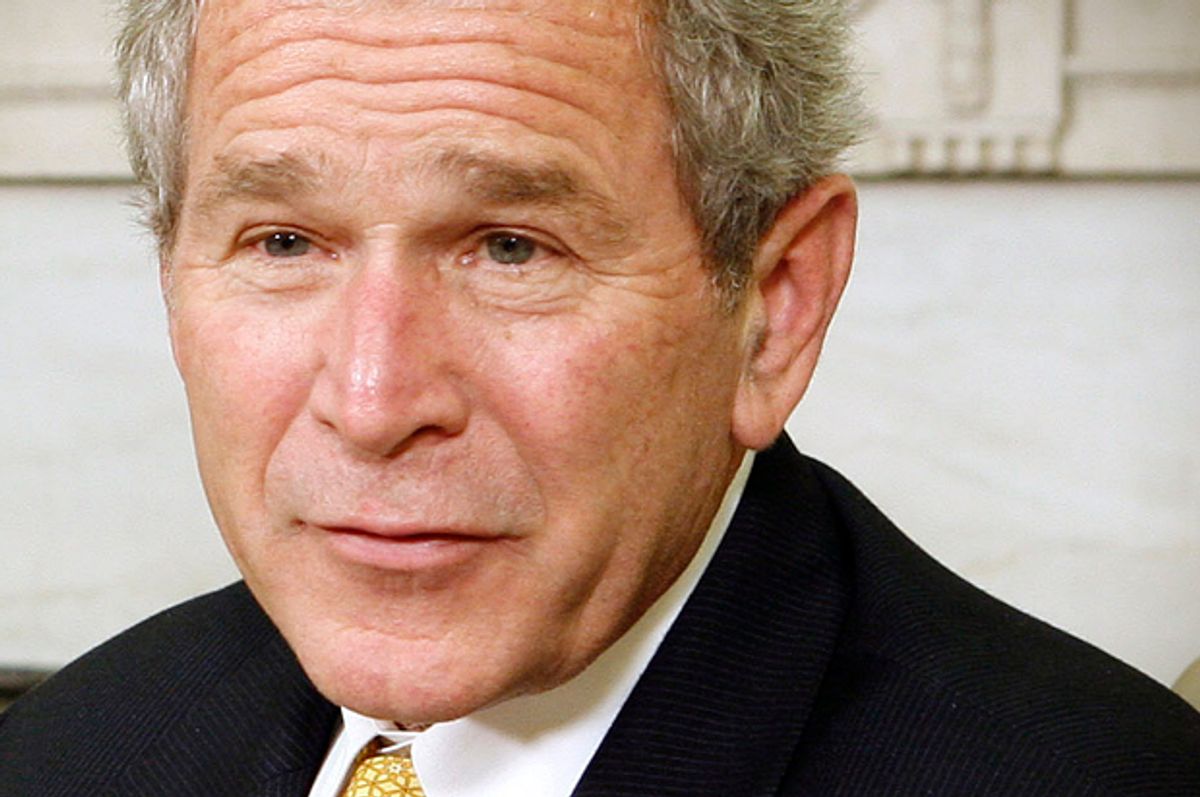 It took me awhile to realize we were failing in Iraq. At first, despite what I considered a healthy skepticism, I thought we might just be able make it work. From May 2003 to June 2004, I had a grunt’s-eye view of the occupation, and even as late as January 2004 I held out hope. Yes, there was a growing insurgency, but many Iraqis seemed optimistic and supportive: they just wanted security, stability, and jobs. Sure, disbanding the Iraqi army put hundreds of thousands of men out on the street and de-Baathification left the government crippled, but there was such a powerful grassroots enthusiasm for democratic self-determination that a new order seemed almost inevitable. Okay, all that stuff about WMDs was a lot of smoke and mirrors, but we were building schools and helping small businesses—that was real, right?

By February I was dubious. By March I was worried. By April, after four U.S. mercenaries were killed and hung from a bridge in Fallujah, I knew we were flailing. By May, after reports of American torture at Abu Ghraib, I knew we’d lost.

Watching the war drag on for another seven years, watching the recent rise of ISIS, watching Iraq break apart into fragments and get sucked into the Syrian Civil War, I’ve thought a lot about how to make sense of my experience there, how my narrow perspective on the ground connected to bigger institutional and political realities, and what the whole debacle taught me. I like to think that if I can learn something from an experience, however awful, then some part of it might be redeemed. I like to believe that we can learn, adapt, and, even if we never achieve perfection, at least be better than we are.

Every day brings new reports of increasing temperatures, threatening storms, drought, forest fires, rising seas, melting ice sheets, and leaking methane. Along with these reports come increasingly alarming warnings from scientists, sober in their language but shocking in their content, suggesting that feedback mechanisms such as permafrost and ice sheet melt are already kicking in, arguing that observed warming is consistently outpacing modeled predictions, and confronting us with the possibility that it may well be too late stop global warming from spiraling out of control. Adding a frightening drumbeat to the news reports and scientists’ warnings are policy statements by the World Bank, the Bank of England, the U.S. Department of Defense, and the US Department of Homeland Security, all of which identify climate change as a clear and present danger to global economic and political security.

I traveled to the Arctic for The Nation this August, where I saw firsthand the drastic effects of global warming, but I needn’t have gone so far: living through yet another year that will almost certainly be the hottest year ever recorded, we can see global warming in the weather shifts happening all around us. We can see it in the California drought and the Syrian Civil War. We can see it next catastrophic flood or category five hurricane. All we need to do is open our eyes.

Meanwhile, politicians and business leaders are telling us that climate change is an opportunity for green growth. Other politicians are saying that it’s not real, or not caused by humans, or not something that’s relevant to political decisions. Other people are saying we can fix the problem: all we need to do is invest in their tech start-up. A raft of dubious propositions are on the table to deal with climate change and the problems of resource scarcity, inequality, political instability, and overpopulation that it exacerbates, from cap-and-trade schemes to cold fusion to dumping sulfur particles in the atmosphere to undeveloped carbon extraction machines, while countless bright-eyed optimists hold out hope that solar and wind power will somehow become reliable enough and profitable enough that the magic hand of the market will drive out fossil fuels and inspire the wholesale renovation of global energy infrastructure.

This month the 21st Conference of Parties for the United Nations Framework Convention on Climate Change (UNFCCC) will meet in Paris. These conferences, which have been happening since 1995, offer the best opportunity we have for global state action addressing climate change. They have, for the past two decades, failed: completely, predictably, repeatedly, spectacularly. Global coal consumption has increased from around five million short tons a year to around nine million short tons a year. Global oil consumption has increased from seventy million barrels a year to almost ninety million barrels a year. Carbon emissions have increased from around twenty-two billion tonnes a year to around thirty-two billion tonnes a year. The world has gotten hotter. This time, though, things are supposed to be different.

Much of the groundwork for the negotiations that will take place there is already laid out. The 146 parties involved have submitted their “Intended Nationally Determined Contributions,” which are voluntary, non-binding commitments promised by countries to decrease carbon emissions by 2030. According to Christiana Figueres, UNFCCC Executive Secretary, “The INDCs have the capability of limiting the forecast temperature rise to around 2.7 degrees Celsius by 2100.” That means that even if all 146 parties involved keep to their commitments, which there’s no way of enforcing and has never happened yet, it’s still not enough to keep global warming below the 2-degree-Celsius tipping point beyond which risks of unstoppable, extinction-level global warming increase dramatically. Never mind the fact that the 2 degree Celsius limit was a bureaucratic fix which might already be too high.

Two years ago, I wrote an essay for the New York Times philosophy series The Stone titled “Learning How to Die in the Anthropocene.” I expanded that essay into a book that was published this fall by City Lights. The argument I make in both the essay and the book is that it’s already too late: we’ve failed to stop catastrophic global climate change, and none of the technological fixes or moribund political machinery we have to work with is going to fix it. What we need to do now is accept our failure and learn from it. We need to learn to adapt, make better decisions, and move rapidly to keep catastrophic climate change from turning into genocidal climate change. Not much has changed in the two years since I published that essay except that more conflicts have exploded across the globe, the oceans and atmosphere have continued to warm, and our political situation has grown more extreme, more dangerous, and more terrifying.

What I wrote in that essay and in my book was that in order to do my job as a soldier in Iraq, I had to control my fear by accepting my mortality. In order to keep my fellow soldiers alive, I had to learn to die. We’re in the same situation now with global climate change: in order to save the human species, we need to learn to let fossil-fueled global capitalism die.

We can’t turn back time. We can’t undo the past. The choice we face today, this Veterans Day, and every day, is whether we’ll learn from our mistakes—or make them worse.

Roy Scranton is Iraq war veteran whose new book is Learning to Die in the Anthropocene: Reflections on the End of a Civilization