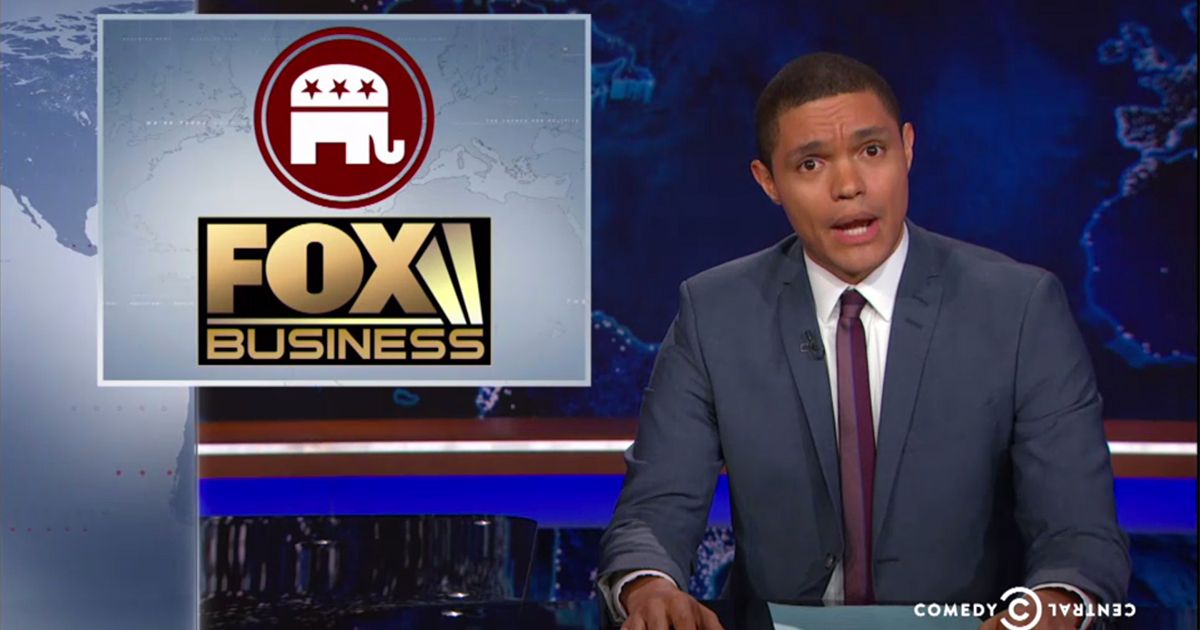 Tuesday's Fox News Business useless snorefest of a debate isn't over until the comedy shows, which normally tape earlier in the day, have an opportunity to disembowel the embarrassment and fact-check the candidates. Such was the case with Trevor Noah who coined Donald Trump's debate prep "Operation Wetback" on Wednesday night's "Daily Show."

First, the positive: "This debate was down from a clown-carish ten participants to a slightly less clown-carish eight participants." So, basically, we've gone from the charter bus to hell to the Supershuttle to the shitshow.

The Fox Business Channel is generally more substantive, Noah said, but then again "bullshit is also a substance," so there's that. But with help from senior political analyst Desi Lydic, Noah started a segment he called "What the Actual Fact?"

Of course, there were some doozies made by Republican candidates, but apparently you can't  go on television and just say that a politician lied. For reasons passing in understanding. So, Lydic creatively found new ways to call out the higher BS ratings on the bullshit meter. For example "rating his statement as 'false,' or as Dr. Ben Carson calls it, 'Autobiographical.'"  Trump's claim that he met Vladimir Putin one time in a green room, can be rated "'wrong but adorable,' like a puppy snorting cocaine." Fiorina saying she too met Putin is like finding something so "weird to lie about, I'm giving that one a 'Rachel Dolezal.'"

Noah had a particular problem with Donald Trump's "pants on fire" statement that former President Harry Truman deported 1.5 million undocumented immigrants while in office. "First, Eisenhower ended up deporting probably 250,000 immigrants, and second, that program that Donald Trump loved so much was officially called 'Operation Wetback,' " Noah said. Probably not something to be all that proud of if the audience's gasps and boos were any indications. "There's something to be said for a policy that doesn't hide where it's coming from. It's like if 'stop and frisk' was called, 'Hey, what's in that black guy's pockets?'"

Noah also mocked Trump's sexism because he felt Carly Fiorina was interrupting too much. "It's pretty clear, Donald Trump only wants women on stage after he's awarded them some kind of sash," referring to Trump's ties to Miss Universe.

Check it out! Fact-checking can be fun: