The 10 most obscene lies from the fourth GOP debate

As is their wont, the Republican candidates presented a country that bears no relation to the one in which we live 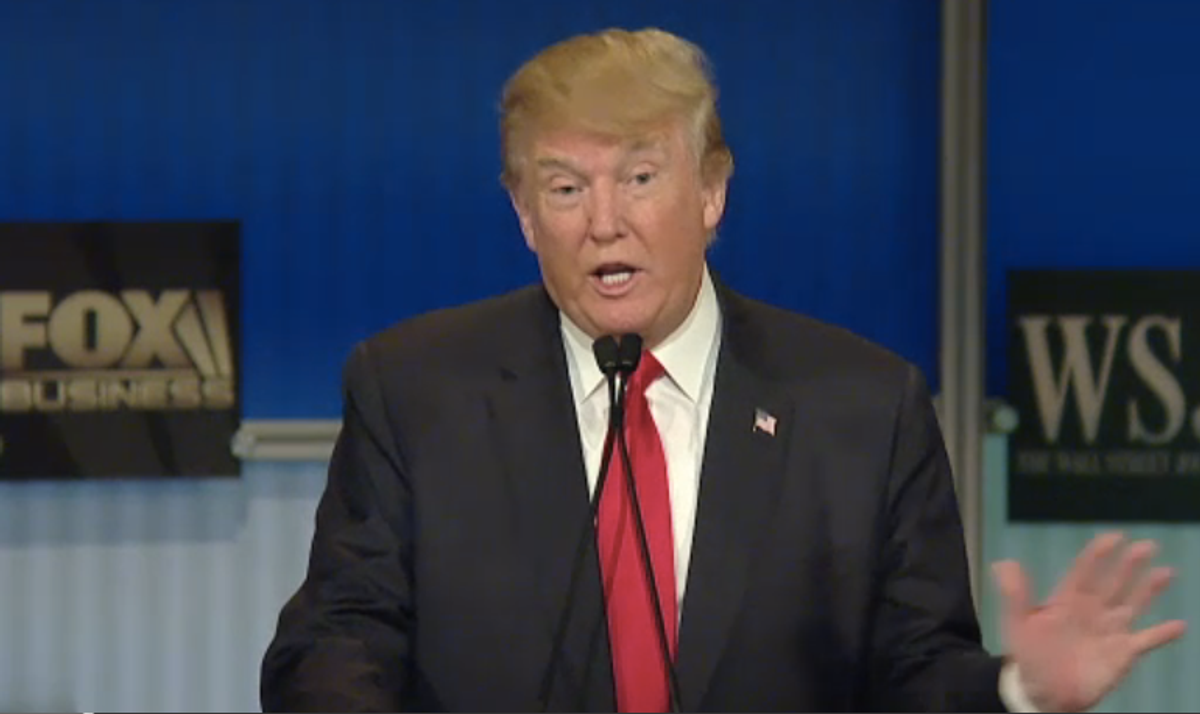 Tuesday night, millions of Americans watched two rounds of Republican Party presidential debates. The first was a debate among candidates who have failed to achieve more than one percent in national polls. The second was a debate among relative frontrunners. Both debates offered a window into an entirely different world, completely unrelated to the world we actually live in. Candidates made statement after statement containing distortions, misstatements, untruths, and outright lies. Here are the biggest whoppers.

1. Eliminating the Income Tax Would Stop Outsourcing: Former Governor Mike Huckabee criticized outsourcing practices that have eliminated much of America's industrial base. But his solution was bizarre; he promoted the FairTax, which would eliminate the income tax and place a large sales tax on all purchases. The number one reason companies outsource is for wage costs, not taxes. It's unclear  why Huckabee thinks spiking the costs of all purchases, which is what a national sales tax would do, would impact their behavior.

2. Fantasy Tax Rates: Governor Chris Christie claimed that the Democrats plan to raise tax rates to 70 to 80 percent. Yet no one running on the presidential ticket or in Congress has proposed such a plan.

3. We Don't Give People Reason to Marry: Rick Santorum said we have incentivized people to “cohabitate” and not get married. In reality, there arebetween several hundred to a thousand legal rights and even some tax incentives for people who get married.

4. Obscuring Louisiana's High Unemployment: Louisiana Governor Bobby Jindal says there are a record number of Louisianans working. This is technically true; however, it obscures the fact that the number is largely a function of changing population; the unemployment rate is still higher than the national one, and persistently higher than where it was pre-recession.

5. Only America Is Dealing With Syrian Refugees: Huckabee claimed that America is the only county being asked to deal with the refugee issue, ignoring the millions of refugees in countries neighboring Syria and the hundreds of thousands in Europe.

7. Christians Are Beheaded...In Lebanon: Bush also claimed that Christians are being beheaded in Lebanon. Lebanon is actually one of the countries in the region where Christians are best integrated into society and government.

8. Flip-Flopping on the Minimum Wage: In a move that moderators failed to call him on, Ben Carson said he is opposed to raising the minimum wage, claiming it would harm workers (which is false). But Carson has supported raising the wage for months. It appears he decided to change his mind and pretend he never supported doing so.

9. Telling People the TPP Includes China: Donald Trump said that the Trans-Pacific Partnership was designed to have “China come through the back door.” China isn't even part of the TPP, as even Rand Paul seemed to know.

10. Inflating the Number of Much-Maligned Philosophy Majors: Senator Marco Rubio implied that too many kids are studying philosophy and not enough are studying welding. As the Atlantic's David Graham noted, there are “23,210 philosophers in the U.S. And 357,400 welders.”

The odd reality the GOP candidates live in was on full display tonight; a place where facts mean little and overblown rhetoric rules the ring.