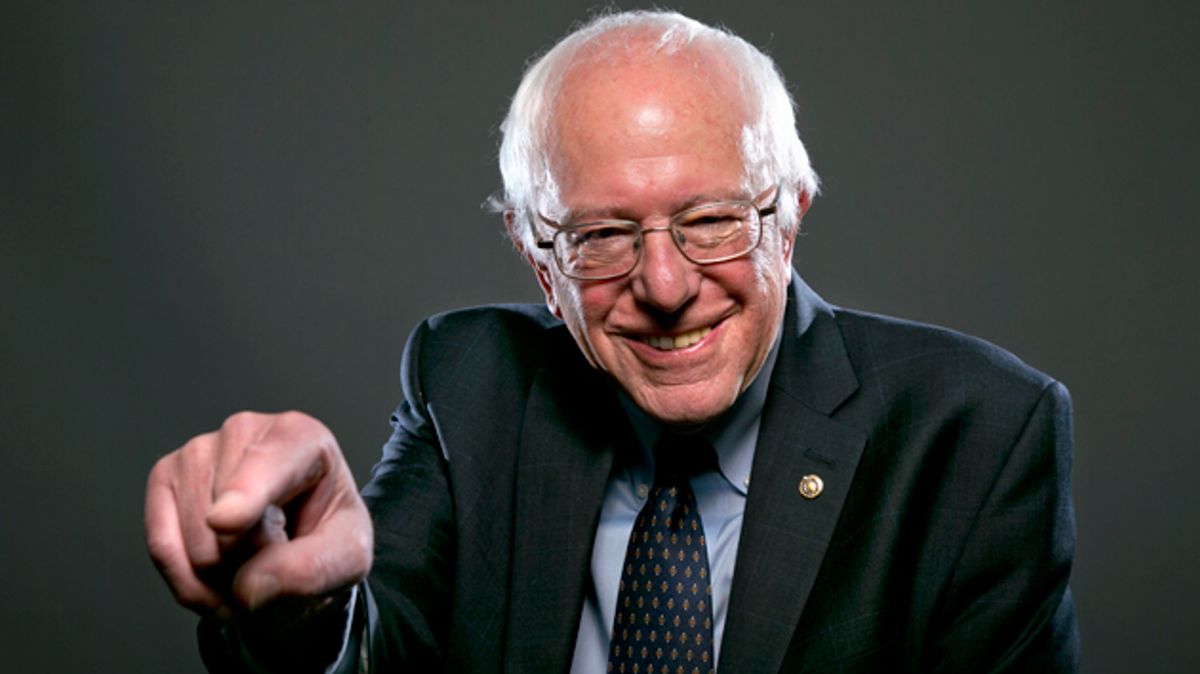 Bernie Sanders is capping off the week with a campaign coup. Former Ohio state senator Nina Turner announced her defection from the Hillary Clinton campaign and endorsed Sanders last night.

"I'm very attracted by his message and his style -- and that he has held pretty much strong on his beliefs and the world is catching up with him," the outspoken Democractic offical and one-time Ohio Senate minority whip told Cleveland.com

While Turner never formally endorsed Clinton, she was a longtime supporter of the Ready for Hillary super PAC, met with Clinton as recently as last month, and served on the board of the pro-Clinton super PAC Correct the Record. Former President Bill Clinton even sent a fundraising letter on Turner's behalf during her failed run for secretary of state in 2014.

On Monday, Turner will introduce Sanders at his rally at Cleveland State University. Turner is the third prominent African-American to support Sanders. Congressman Keith Ellison (D-MN) endorsed him this fall, and Cornel West has praised Sanders as "a long-distance runner with integrity in the struggle for justice for over 50 years."

"Yes, I was out there, 'ready' [for Clinton], because I wanted to make sure Democrats were ready," Turner said, explaining her change of heart. "I thought it was important to show that Democrats were ready to go right back at it for 2015 and 2016. This has nothing to do with the secretary."

"Sen. Turner is a star in the Democratic Party. Bernie is very proud to have someone with so much talent and commitment join the grassroots campaign to fix the rigged economy propped up by a corrupt campaign finance system," Sanders' campaign said in a statement to Politico. "She is nationally known as a voice for voting rights, for workers' rights and for marginalized people. The support of someone with that record of standing up for middle-income and working people is tremendously important,"

Still, as NPR pointed out this morning, Clinton has a huge lead over Sanders "superdelegate" endorsements, 359 to 8. That amounts to about 15 percent of the delegates needed to clinch the nomination before even a single ballot has been cast. 210 of 712 superdelegates remain undecided.

And a new Washington Post-ABC News poll out Friday finds that Democrats at large prefer Clinton to Sanders by wide margins. 83 percent of Democrats have a favorable impression of Clinton, compared with 54 percent for Sanders and 47 percent of Democrats see Clinton in a "strongly favorable" light, compared with 22 percent for Sanders. In fact, according to the poll, Democrats also view Sanders more unfavorably than Clinton, 25 percent compared to 14 percent.

The New York Times reports that Sanders reluctantly plans to bolster this week's endorsements with a strong showing at Saturday night's Democratic debate, this time with an increased focus on his rival:

Sanders believes it is fair game for him to talk at Saturday’s debate about the federal investigation into her use of a private email server as secretary of state, his advisers said. But he plans to discuss the issue only if he is asked about it