Eaten alive by their own Ayn Rand/Koch brothers Frankenstein: The GOP destroyed themselves

Republicans pushed for unrestrained campaign spending. Now the party is a subdivision of Koch Brothers Enterprises 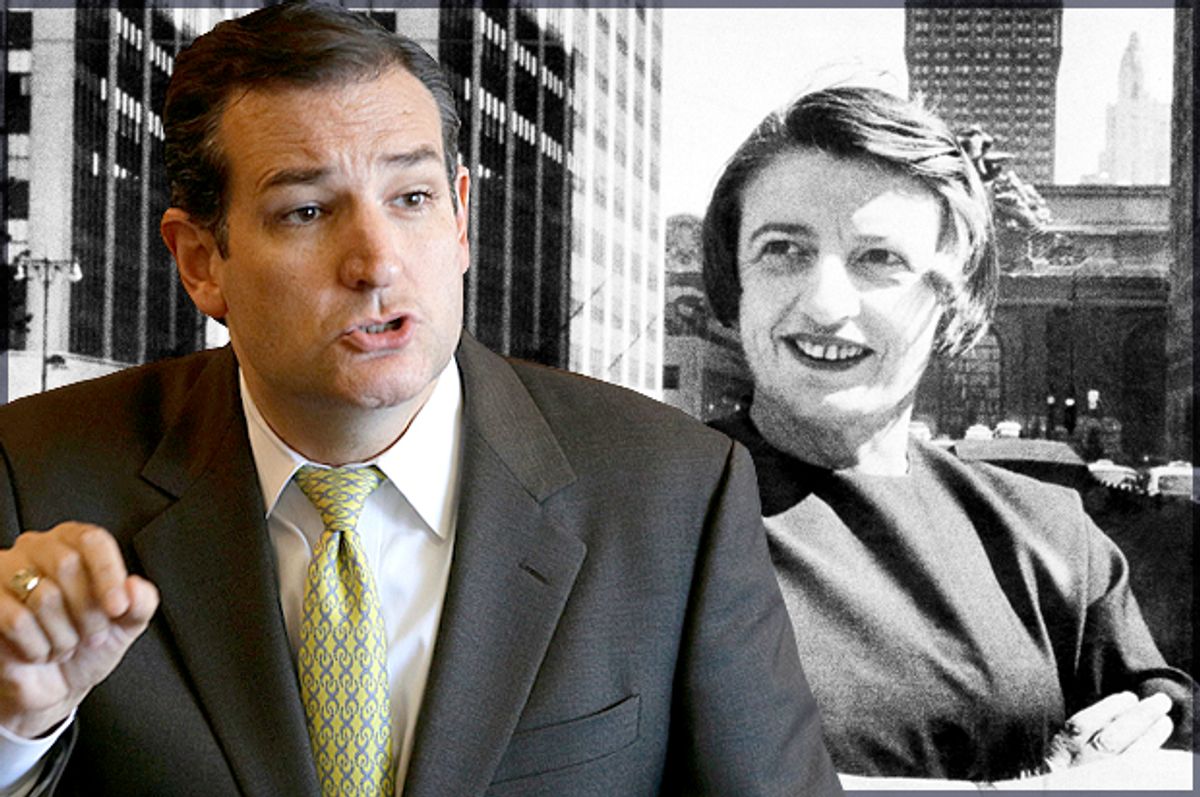 In the past few years, between Citizens United v. the FEC and other failures on the government's part to rein in lavish spending on nonprofit organizations that are attempting to influence elections, there has been an absolute flood of money into campaigning. This money can't go directly to candidates but has nevertheless had a dramatic impact on the culture of money in politics.

Liberals have reasonably raised the alarm about this, pointing out that allowing a few rich people to spend unlimited amounts of money trying to influence elections is anti-democratic. It allows wealthy people to dominate the political conversation even more than they did before. Democratic politicians also perceive, again quite reasonably, that unlimited spending usually benefits the Republicans at the expense of the Democrats.

But has the rush of unlimited funding been the great boon to the Republicans that everyone, likely on both sides of the aisle, thought it would be? There's an increasing number of reasons to suspect the Republicans might just be regretting this financial free-for-all. As an investigative report from Politico demonstrates, this new flood of money, while helpful for winning elections, comes with alarming strings attached. Republican candidates might have more money than ever, but the party is losing its independence and being quietly bought out by the biggest bidders.

The piece, written by Kenneth P. Vogel, focuses largely on the infamous Koch brothers, two oil billionaires named Charles and David Koch who have extreme libertarian views and an apparent willingness to spend as much money as it takes to turn the United States into a dystopia out of Ayn Rand's wet dreams. That the Koch brothers, and many other billionaires, spend lavish amounts of money in our era of deregulated campaign law is not a surprise, of course, but Politico discovered that they are spending even more money than most political watchers had assumed.

But the money isn't just going to help Republicans win more elections. Instead, and this is what is worrying many Republican insiders, the brothers are trying to reshape the Republican Party in their own image and take the already hard-right party even further to the right. "The Kochs and their allies are investing in a pipeline to identify, cultivate and finance business-oriented candidates from the local school board all the way to the White House," Vogel writes, "and Koch operatives are already looking for opportunities to challenge GOP incumbents deemed insufficiently hard-line in their opposition to government spending and corporate subsidies."

Vogel focuses on the career of Sen. Joni Ernst as a test case for how this will work. Ernst was pretty much a nobody when the Kochs discovered her--a state senator from Iowa with very little political experience and a couple of decades in the military. But operatives who are funded by the Kochs discovered her, cultivated her, helped build her campaign, helped her win her primary and then the general election.

It's a brilliant plan: It costs a lot of money to dig up an unknown and hand them a ready-made campaign, no doubt, but it also means that you have a senator who owes you everything. Giving money to already established politicians buys influence; bringing someone from nowhere to the Senate likely creates a debt that will pay dividends the rest of their career.

That's a debt that the Koch brothers seek to expand. "The network has taken on a vetting role in the GOP presidential primary, offering favored candidates access to its donors and activists," Vogel writes. "And some within the network have even advocated targeting from six to 12 GOP House members who have run afoul of the Koch orthodoxy on fiscal issues and who are facing 2016 primary challenges, sources told Politico."

Using political donations to try to shape a party's worldview is not, in and of itself, a bad thing. Groups like Act Blue, for instance, work by allowing people to find the most liberal candidates and encouraging individual donors to give to them, with an eye towards moving the Democratic Party to the left. But the efforts are still fundamentally democratic in nature, about a group of people coming together to advocate for a point of view. Two men who can single-handedly shape a politician's career, however, are doing something that looks quite a bit like buying politicians. The agenda isn't shaped by a collective political will, but by the whims of a couple of rich dudes.

Republican officials  know better than to insult men who want to spread a bunch of money around to get your candidates elected, but Vogel's reporting suggests that some in the Republican Party are understandably worried about two men with wacky right-wing views exerting so much control over the direction of the party. The party is already struggling with how to appease its rabid right-wing base without alienating the rest of the country. Appeasing the whims of two kooky old billionaires without losing everyone else must seem impossible.

In general, the promise of unchecked campaign spending is turning out to be a real mixed bag for Republicans. It's affecting legitimate fundraising in multiple ways, besides giving the Kochs an opportunity to take control of your party.

For instance, Citizens United has made it easier for grifters, who notoriously prefer conservative marks for their apparent gullibility, to line their own pockets with political donations siphoned away from legitimate candidates. As Vogel explained in Politico earlier this year, there's been an explosion of super PACs that promise donors to help conservative candidates win, but who actually spend the money on pretty much anything but the intended goal. "Combining sophisticated targeting techniques with fundraising appeals that resonate deeply among grass-roots activists, they collect large piles of small checks that, taken together, add up to enough money to potentially sway a Senate race," he wrote. "But the PACs plow most of their cash back into payments to consulting firms for additional fundraising efforts."

It's hard to say how much of that money would have gone directly to campaigns that would have spent it on actual campaigning rather than self-enrichment, if it hadn't gone to super PACs instead. But the amount is likely not insignificant, especially since these groups rely so heavily on small donors. But in an unregulated environment, there's nothing to stop shady dealers from fleecing Grandma for her political donations and then walking away without spending any real money on the candidates.

The problem has grown so out of control that it seems to be hurting prominent presidential candidates. There are four huge super PACs set up ostensibly to support Ted Cruz's run, and so far, they have barely spent any money actually supporting their supposed candidate. How many of the donors would have given to Cruz directly if they knew that this was happening? Some, surely, but that's just money that's going into PAC consultant pockets instead of into campaigning.

This is the monster that Republican efforts at deregulation has created: huge groups that siphon money away from legitimate campaigns, coupled with groups whose giving is targeted toward reshaping the party into a right-wing monstrosity that is completely out of touch with the American public. Adages about being careful what you wish for come to mind.

It would all be fun to point and laugh at Republicans for being eaten up by the monster they created, if it weren't for the threat this whole thing presents to the rest of the country. The nation is not well-served if one political party is watching its ordinary donor money leak away, only to be replaced by money given by right-wing radicals who expect a dramatic return on investment. That is a system that only encourages the party to scramble to the right, as candidates compete for Koch money. Republicans might eventually start paying a hefty price as their extremist ideology starts losing them elections. But in the meantime, we will be feeling this rush to the right even more in things like extremist legislation and political gridlock.