Hold the Keystone XL bubbly: Our fossil fuel addiction is as strong as ever

Before we get too carried away, let's figure out how to capitalize on that unquestionably necessary Keystone win 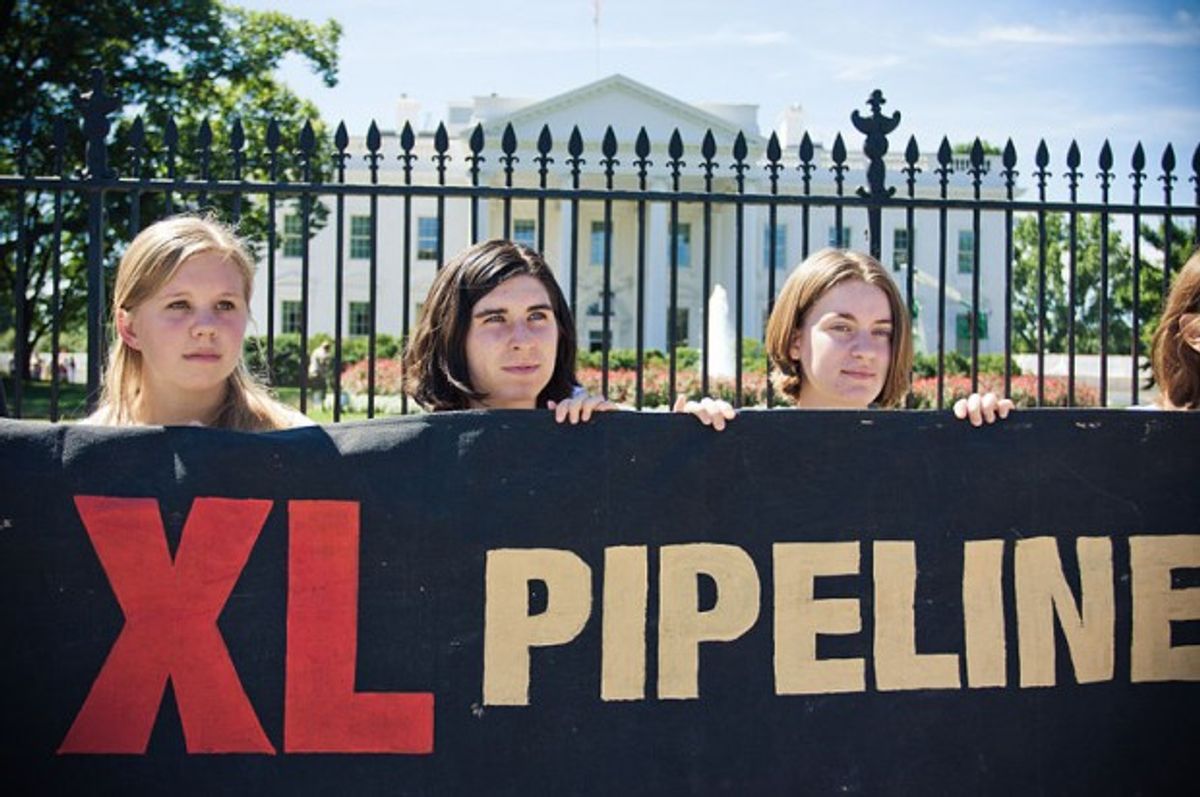 Did you hear that Keystone XL—the long-planned pipeline from the Canadian tar sands to refineries on the Gulf Coast—got canceled? That President Obama nixed it because it would contribute to climate change?

Did you, as a reader of sites like this, exhale? Did you grin? Did you even guffaw? You may well have done all this and danced a jig besides. But, while environmentalists cheer, let me play that guy who steps away from the Champagne-dunking to remind you that we face a series of much tougher challenges ahead.

Don’t get me wrong: We needed to win on Keystone; I'm questioning only how we capitalize on that win. A green light for Keystone would have plunged climate activists into gloom, for good reason. If the pipeline was built, after years of pinpoint opposition, it would have entrenched the power of the fossil-fuel lobby to sway lawmakers. It would have potentially suppressed oil price increases, while hiding the social and environmental costs of carbon pollution. Those costs were real: burning tar-sands oil emits about a fifth more carbon than conventional petroleum.

And it would have been a symbolic loss: Keystone XL made a heckuva villain. It was big. It was divisive (literally, cleaving the continent from western Canada to a port in Texas). It spanned nations. It shared its name with the actor in an ecosystem who can throw every other species into a tailspin by changing its behavior.

Still, while the Keystone defeat edges us toward a post-fossil fuel economy, we remain on the edge of dangerous carbon imbalances. I found out about Keystone on an energy-sucking screen, in an office space with inefficient overhead lights. We all live, work and play in places that are wholly reliant on abundant fossil fuels. So, even as we celebrate, we in the fact-based community should take care to resist declaring victory.

For one thing, a Keystone pipeline is already up and running. The proposal that Obama nixed would merely have added an extension to it. And TransCanada, the pipeline owner, is looking for other ways to get tar-sands oil to market. Oil remains a smart investment, if you strip away the true cost of burning it.

Too much of daily American life hides that cost.  In fact, laws and codes still favor houses that eat too much fuel, companies that plunder too many resources, and conventions that keep us dependent on too many juiced-up devices.

Defeating Keystone XL might reduce the supply of artificially cheap oil; we still need to reduce the demand for it.

So, let’s build on the momentum from this win by reducing our carbon dependence. Let’s use the clarity we brought to stopping one big offense to nurture thousands of little gains. Across America, citizens and policymakers can promote carbon-reducing garden plots, alley homes, bike lanes, walks to school and locally owned retail.

Even more important, we can reinforce the ties that bind us together; nurturing democratic (small d) communities where neighbors look out for one another. Strong communities could strengthen our collective conviction to tackle climate change. They will also make it easier to withstand when floods, droughts and diseases crash our party.

Keystone XL would have moved our nation faster in a dangerous direction, and that course would have been difficult and costly to correct. But even without Keystone, daily life in America feeds fossil fuel addiction in all kinds of ways. As the shadow of the big pipeline recedes, it’s time to take a closer look at our towns and neighborhoods—and set our course for a fossil-free future.

Alec Appelbaum writes and teaches about how people can use urban design to make cities healthier as the climate changes. He teaches at Pratt Institute and has developed a youth curriculum, AllBeforeUs, that uses climate change as a frame for teaching civic engagement. His essays have appeared in the New York Times, City Limits and many other publications.