Jeff Buckley's life after death: "Lost" albums can be sketchy, but "You and I" could be the missing piece of the Gen X legend's legacy

There are reasons to be skeptical about posthumous releases, but Buckley -- and his fans -- deserve this one 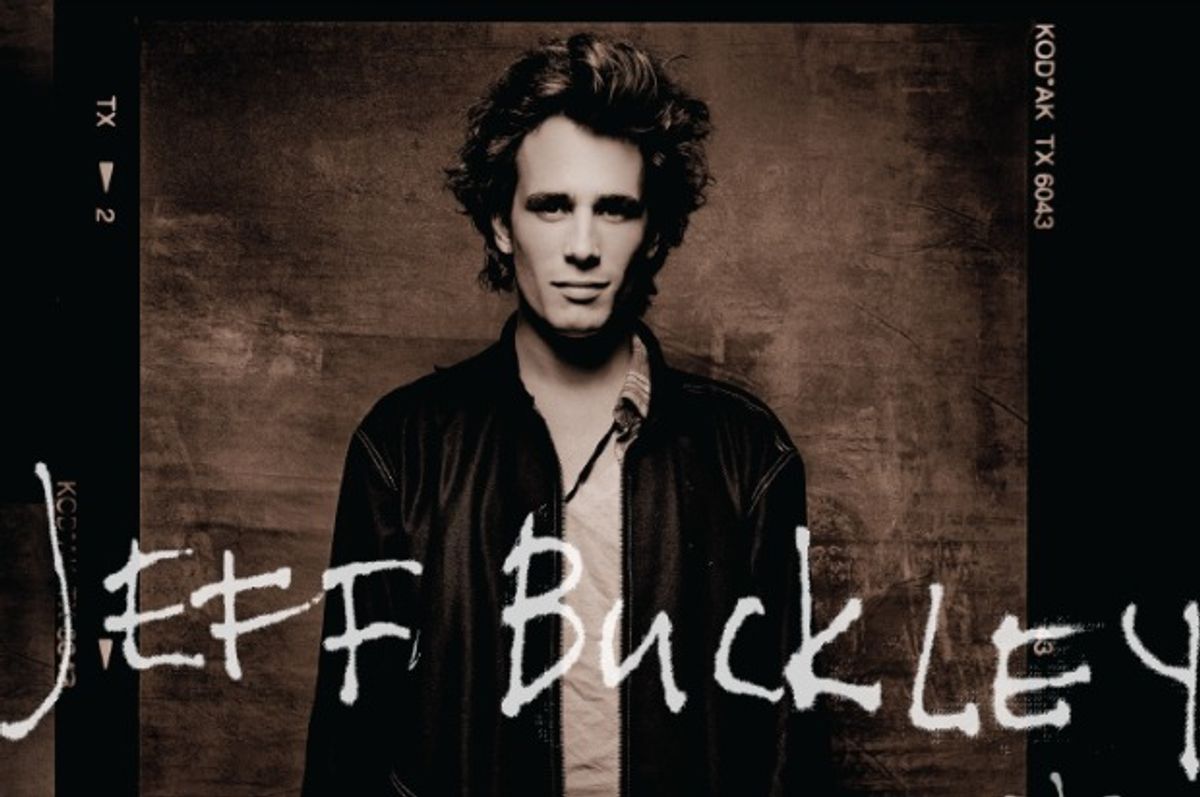 Jeff Buckley's "You and I" (Columbia Records)
--

When news hits that “lost” material by a deceased artist is going to be released by a record company, it’s natural to be a bit skeptical. Is it just crass profiteering? Would the musician want this work out there? Does this posthumous work tell us anything new about the artist? Will his or her reputation actually be threatened by third-rate material? These are all reasonably questions to ask.

But the news of never-heard, soon-to-be-released Buckley songs – recorded in 1993, a few months before he cut the “Grace” LP – is great news for the singer’s fans, and if done right, could help fill in his outline. The 10 songs are mostly covers, and come out from Legacy in March as “You and I.” (Buckley’s mother, Mary Guibert, is overseeing the release.)

So why is this different than, say, the whiff of exploitation that hovers over some lost recordings? How does it avoid the beating-a-dead-horse quality that accompanies some posthumous releases even from a musician as titanic as Jimi Hendrix or Kurt Cobain?

Part of it is a sense that Buckley still had much more to give. He released only one full album in his lifetime – he drowned, somewhat mysteriously, in 1997 -- and if you were open to its dark magic, “Grace” was absolutely devastating. Some of its appeal was simply the raw talent of Buckley’s singing – with an endlessly flexible voice that could evoke shards of Robert Plant, Nina Simone, and Billie Holiday but still sound distinctively like Jeff Buckley. (He also led a very tight band and put on focused and powerful live shows.)

Part of the album's strength came from the drama of songs like “Last Goodbye” and “Lover, You Should Have Come Over.” As great as ‘90s indie rock could be, this music went emotionally deeper than bands like Pavement ever could. There’s a sense that the other bits of Buckley we’re heard since – like “Sketches for My Sweetheart the Drunk” -- don’t quite get there, either.

Another thing that seems right about the lost material is its eight covers. Buckley was a good songwriter, but some of his very best music involves reworking songs by Leonard Cohen – he covered “Hallelujah” before the song became one of the most over-exposed songs in rock history – and Van Morrison. (Buckley’s 10-minute version of “The Way Young Lovers Do,” from Morrison’s “Astral Weeks,” is the highlight of the EP “Live at Sin-E.”) In the end, Buckley may be most valuable and memorable as an interpretive singer.

Finally, just the set list here should make Gen X hearts beat. In an eloquent NPR piece about the prospect of lost Buckley material, Ann Powers gets into Xer’s peculiar relationship to musical history: As a small generation that came of age after the explosions of “the Sixties” and punk, we’ve often struggled to find our place in a pop-music narrative largely written by the Boomers. Buckley, born in 1966, and whose father was a late '60s/early '70s singer-songwriter he hardly knew, expressed those tensions in the music he covered.

Raised with the insistent noise of their parents' liberation movements ringing in their ears, chased by the helicopter parenting-revved footfalls of a generation just younger, X-ers and post-Soul babies have been, in many ways, reformers and revisionists, correcting the excesses of the baby boom while drawing out connections those elders were too self-absorbed or stoned to fully articulate.

The 1960s sat on the 1990s in a strange way, too distant to serve as a viable dreamscape but too present to fully make room for new visions. Open rebellion against the counterculture seemed almost retrograde, but so did accepting its vestiges. 1990s artists grappled with this heavy shadow by both questioning countercultural values and refashioning countercultural styles. Jeff Buckley's music did this in rich, unexpected ways.

So far, the only song released is “Everyday People,” which Buckley takes in a very different direction than Sly and the Family Stone do, and it’s enough to whet my appetite for some of the others, like “Poor Boy Long Way From Home” (the blues song associated with Bukka White) and The Smiths “The Boy With the Thorn in His Side.” (His live version of their “I Know It’s Over” appears on the compilation “So Real”; a different version of the song will appear on “You and I.”) Hell, Buckley could even make Bob Dylan’s overfamiliar “Just Like a Woman” sound fresh.

Whatever the details, this set of new songs could give us a sense of what Buckley’s immense talent was capable of.