No, Ms. magazine: College campuses are not like ISIS 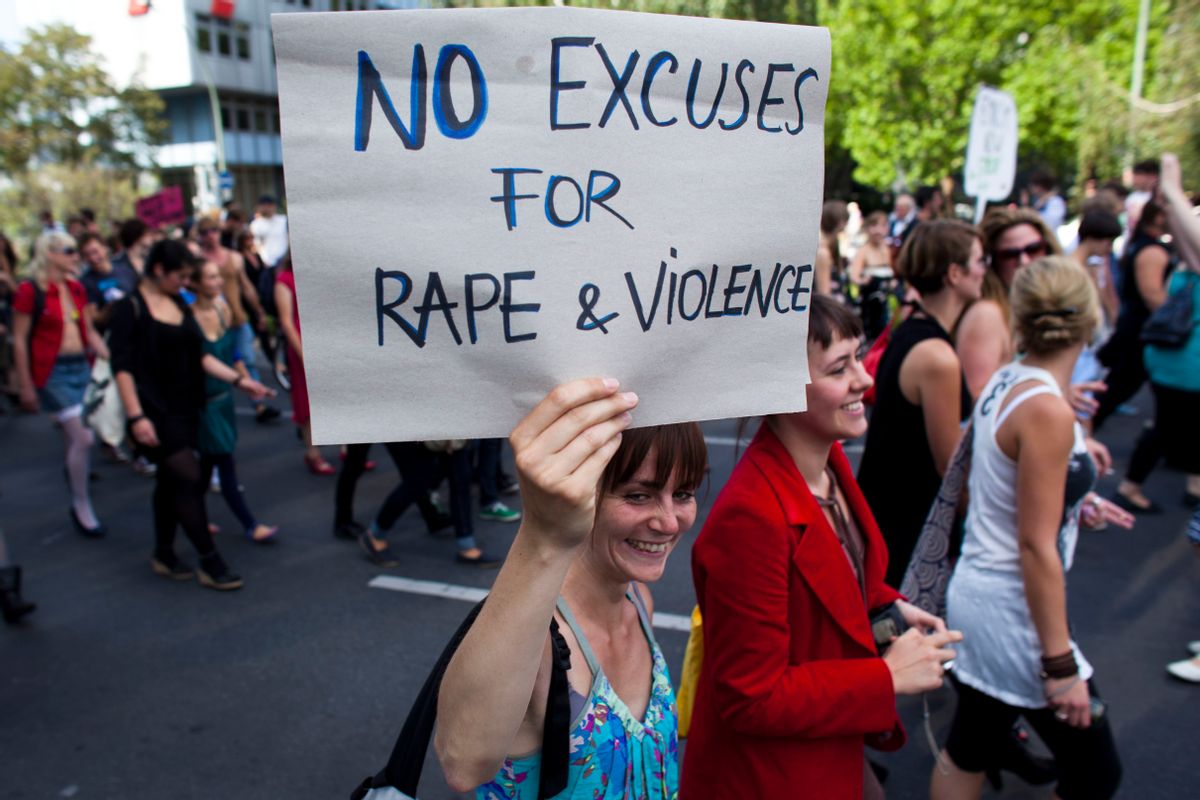 Once in a great long while, you see a piece, presumably penned by a liberal, with such poor judgment that you have to wonder if it was really written by a right-wing plant and meant to make us all look bad. Such is the case with this post put up at Ms. Magazine's blog by a woman named Amy Lauricella titled, "Institutionalized Rape: It’s Not Just an ISIS Problem."

The title doesn't seem so bad---it is true that ISIS isn't the first group or organization that uses rape as a weapon to punish women who violate their bizarre rules, religious or otherwise---but things go south quickly as Lauricella tries to draw a direct line between ISIS's program of deliberately promoting rape  and the problem of some American college campuses failing to adequately protect students from rape.

This is made worse by the tweet sent out to promote the piece:

I shouldn't have to point this out, but that argument is complete nonsense. While many American colleges have been legitimately criticized for handling sexual assault poorly or even not taking the problem seriously enough, that is worlds apart from deliberately promoting rape. Which is what ISIS does: They see rape, openly, as a weapon to use against women and girls, to force them to submit to their version of Islam. On what planet is there anything like that going on at American college campuses?

You can't hide behind the claim that the difference is one of degree and not kind, either. That's an argument that might work, for instance, in drawing parallels between Muslim cultures that bury women under burkas and the milder version Christian fundamentalists pull of demanding that women be "modest". Or between terrorist acts committed in the name of Islamic fundamentalism and those committed in the name of Christian fundamentalism. Those are legitimate situations where the intensity may differ, but the basic premises are the same.

But what ISIS is doing and what is happening on some campuses is a difference of degree and of kind. There is a meaningful difference between promoting something and not doing enough to stop it. (If there wasn't, then we are all Hitler because we spend too much time napping and not enough trying to prevent genocidal violence.) Ignoring that difference or trying to paper it over by using an overextended and frankly garbage definition of the word "complicity" is intellectually dishonest.

Look, I get it. There is a problem in the United States, on-campus and off, of not taking rape seriously as a crime or even, as the controversy over the Bloomingdale's ad shows, making "jokes" that imply that it's not always rape to force sex on women.

But first of all, almost none of the campus administration problems with sexual assault stem from a winking approval of sexual violence, so much as an unwillingness to deal with what they know is immoral behavior. You're really not finding college administrators who think it's a good thing to force sex on unwilling women, so much as college administrators who don't want to deal with it and use "he said/she said" as a convenient way to wriggle out.

Second of all, even when you do get to cultural elements that veer more closely to rape promotion---that Bloomingdale's ad, songs that suggest a little force is an acceptable part of dating, frat boys yelling, "No means yes! Yes means anal!", the comment sections on any article about rape, whatever the hell Rush Limbaugh is on about---it's usually framed in a way to create plausible deniability. Whoever is saying rape-y things will usually deny that they're promoting rape, they just don't think it's fair to call all non-consensual sex rape. They are full of it, of course, but it's still a far cry from just openly saying rape is good, which is the level that ISIS is at.

This piece is more than intellectually dishonest, but it also fails politically. There are a lot of anti-feminists out there who cannot wait to claim that anti-rape activism is nothing but hysterical bitches being hysterical, and this piece is red meat for them. Sure enough, every cave-dwelling right winger on Twitter is running with this as hard as they can:

If college campuses were really like ISIS when it comes to rape, we wouldn't be calling administrators - we'd call the police or military.

There we have it: College administrators are worse than ISIS (a real take in a real magazine) https://t.co/XQjit2bRUq h/t @guypbenson

We've reached the point in the "CAMPUS RAPE" story trend where American colleges are no different from ISIS. https://t.co/mhYH6Tczwd

The creepers of Twitter are going to scream about how every single anti-rape effort is crazy feminazi nonsense, of course. But that's all the more reason not to give them a free shot. It makes them look like they're the sane ones, which is patently untrue.