Warren Zanes' new rock-bio has plenty on the man himself, but the people in his life are just as intriguing 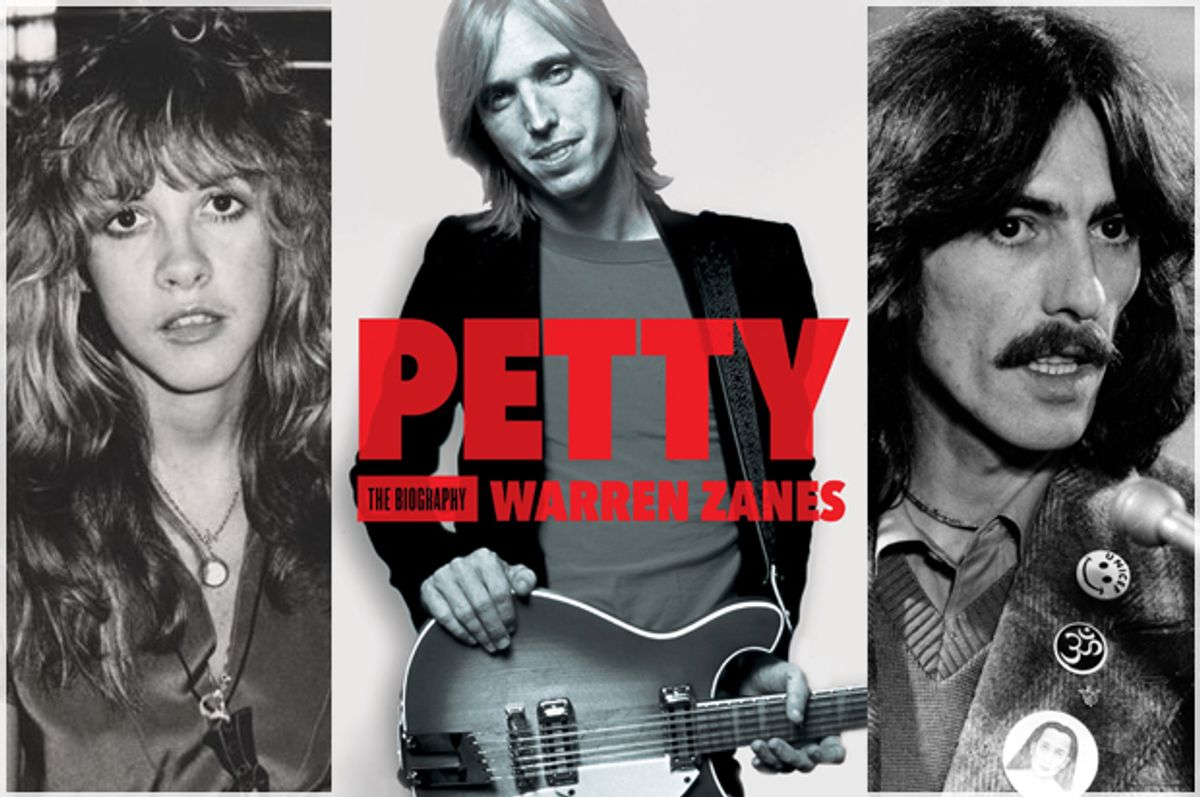 Like “American Girl,” “Spike,” “Rebels,” “Into the Great Wide Open” and so many great Tom Petty and the Heartbreakers songs, Warren Zanes’ exceptional rock-bio “Petty” is loaded with compelling characters. Petty is the star of this book, obviously. But the hustlers and disgruntled band members; hometown haters and kinfolk; wives and ex-wives; famous friends and fiercely loyal employees Zanes introduces us to all play a significant role in the story of the man responsible for some of the most enduring music of our time.  Meet the 10 best supporting characters from “Petty.”

It’s a wonder the Heartbreakers’ original drummer didn’t get shit-listed alongside Eddie Murphy and Joe Piscopo in “Jammin’ Me,” because it seems like the brash and opinionated Stan Lynch was forever jammin’ Petty. He’s a central figure for much of the book — a self-professed “viking” on the road; a dissenter in the ranks; the guy wearing the bullseye when a track wasn’t happening in the studio. Lynch has granted few interviews since getting fired in 1994. In “Petty” he openly cops to some bad behavior, while acknowledging he could have handled certain situations with a cooler head. And he gives fantastic quote: “Stevie Nicks? Don’t even get me started.” If you’re wondering how a guy can pull some of the shit Lynch pulled and remain in the band for 20 years, just listen to the tunes. He served those songs beautifully, with heart, soul and a swinging feel.

For decades, Tom Petty and Stevie Nicks have been intimates without sharing that kind of intimacy. Zanes illustrates how deep the relationship goes. At the suggestion of Petty’s first wife — who bonded with Nicks and served as an inspiration for “Edge of Seventeen” — Nicks joined the band on a 1986 Australian tour with Bob Dylan to “keep an eye on Tommy.” She also tried to guide the freshly-divorced Petty through the early stages of his relationship with second wife Dana York, offering sage advice like “Don’t sleep with her!”

When Dana York began dating Tom Petty in the late ’90s, there was a whole mess of baggage to contend with, including Petty’s heroin addiction, the stalker-ish behavior of Petty’ ex-wife and the fact that many in Petty’s inner circle were suspicious of the new lady in his life. She hung in there and the couple were married — by Little Richard — in 2001. She’s helped Petty calm the fuck down a bit, and find the light after an especially dark period in his life. Says Petty of York: “She did save me. I know that.”

“A hard man” is how Tom Petty describes his dad, Earl, an abusive father (one beating Petty received from his father at age 5 is recalled in horrific detail) who never believed his son would amount to anything. But when he did, who do you think played the “Tom Petty’s Father” card to the hilt around Gainesville? “He developed an identity from it. God knows how much pussy he got out of it,” Petty says. Some of that “companionship,” the family suspected, came in the form of the in-home nurses Earl Petty was hiring to care for his dying wife.

The twin sister of Petty’s father, Pearl Petty seems like something from a lost verse of “Rebels.” As her nephew puts it, “Pearl was a right pain in the ass.” She once threw a notebook at Petty in his hotel room and instructed him to “sign until you can’t sign anymore.” Pearl also demanded autographs at Earl Petty’s funeral, then chased her nephew’s car out of the funeral home parking lot when that request went unfulfilled. Family, amiright?

Tom Petty had bandmates who he’d known as far back as high school, but he didn’t really have any close friends until George Harrison appeared in his life in 1987. Upon meeting Harrison via Jeff Lynne, Petty finally had someone with whom he could strum guitars all night and discuss the real-world adult stuff, like his troubled marriage. And, no big deal -- his close friend was just the guitar player from the Beatles. “It was like I’d been sent the person I needed,” Petty tells Zanes. “He healed a lot of wounds.”

Depending on which Heartbreaker you ask, producer Jimmy Iovine’s painstaking attention to detail either helped “Damn the Torpedoes” become a career-defining classic or made the recording process way more difficult than it needed to be. For a few years there, Iovine was Petty’s go-to producer. You can’t argue with the results. “Torpedoes” into “Hard Promises” into “Long After Dark” is a nice run. Then Iovine-the-future-mogul revealed himself, redirecting “Stop Draggin’ My Heart Around” from “Hard Promises” to then-girlfriend Stevie Nicks’s debut solo album, dividing his energies between the “Long After Dark” sessions and a Bob Seger record, and talking on the phone in the studio so damn much, an unidentified Heartbreaker cut the line.

Before there was Iovine there was English-born, Tulsa and L.A.-based producer and label impresario Denny Cordell. Cordell schooled Petty on music, gave him weed and a place to crash, put him on salary while he honed his songwriting chops, and signed him to an onerous contract that resulted in a legal shitstorm while the Heartbreakers were trying to make “Damn the Torpedoes.” Petty came out on top, though scarred by the actions of his former mentor. “There’s something about those English guys from the sixties where they can be loveable people, but when it comes down to money, they’re just downright crooked.”

Not so much a traditional record producer as he was a vibe Sherpa giving the occasional note on songs, Rick Rubin helped Petty find another gear and a deeper side to his storytelling on “Wildflowers,” a masterpiece that sounded like no other Tom Petty record that had come before it. He also brought Petty into Johnny Cash’s world. Rubin and Petty were in deep together. And then they weren’t. When Rubin suspected Petty of using heroin -- which he was -- he went behind Petty’s back to tell his kids. Later, Petty got pissed at Rubin for not being all the way there during the “Echo” sessions. But then again, neither was Petty at that point.

Behind every iconic rock star is an unflinchingly loyal shadow figure who knows where the bodies are buried, like the man they call “Bugs.” Alan Weidel has been tuning Tom Petty’s guitars and driving the boss to and from studio sessions and rehearsals for 40 years. He probably knows Petty better than anyone. He was by Petty’s side as his mother lay dying in the hospital, and he drove the getaway car as Pearl Petty was screaming for those autographs at his father’s funeral. He’s seen Petty lose his shit on the band and crew, and he’s seen him mellow with age. And what he tells Zanes -- in his first ever interview -- probably isn’t even the half of it.