And so the hate speech begins: Let Paris be the end of the right's violent language toward activists

Real terror unfolds in Paris. Perhaps this will convince the right to tone down their incessant violent rhetoric 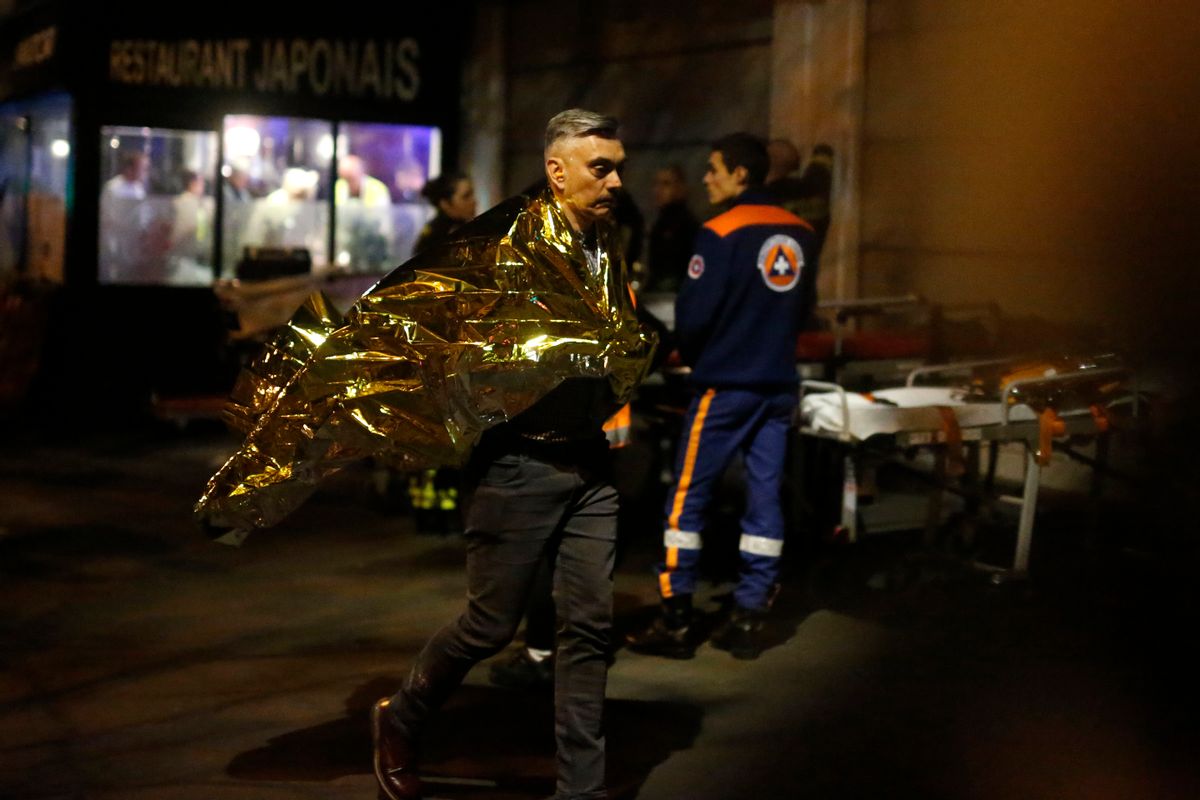 In a still developing situation, the city of Paris, France, is under attack by terrorists armed with guns and explosives. Many dozens of people have been killed. A still undetermined number of people have been wounded. The terrorists took dozens of hostages in a concert hall. French police and military forces have been deployed. There is mayhem and blood in the streets of Paris.

President Obama has correctly described this day’s horrific events as “an attack on all of humanity and the universal values we share.”

Terrorism is politically motivated violence against a vulnerable population that is designed to intimidate, sow fear, create panic and alter public policy.

It is not a game.

In the United States, the right-wing media and movement conservatives have for decades consistently used eliminationist and other violent rhetoric to describe liberals, progressives and other people with whom they disagree. As was seen in the recent attacks on a Charleston-area black church, and other violence by right-wing anti-government militias, such rhetoric does not float in the ether of the public discourse, harmless and unacknowledged. No, it does in fact lead to action.

In recent months, the right-wing media has used language such as “terrorism” and “violent,” or that the latter is “targeting police for murder” to describe the Black Lives Matter movement. Such bombastic and ugly screeds--which are wholly unfounded, with no basis in empirical reality--have also been used by right-wing opinion leaders to describe the African-American students who are fighting against racism at Yale and the University of Missouri.

There are many examples of this type of incendiary rhetoric from conservatives and their sympathizers.

Bill O’Reilly has declared “war” on Black Lives Matter and in doing so described them as a type of contemporary Ku Klux Klan (KKK). At its height of popularity in the United States during the late 19th and early 20th centuries, the KKK was America’s largest terrorist organization. It was responsible for the murders of thousands of African-Americans. In contrast to the KKK, Black Lives Matter is a group dedicated to protecting the human rights of all people against state-sponsored violence and police thuggery and murder.

Ben Carson, in his designated role as a black conservative whose primary purpose is to disparage black Americans and to excuse-make for white racism, recently told Fox News’ Megyn Kelly that the black and brown students who are advocating for their full rights and respect at Yale University are ushering in “anarchy” and “this is just raw emotion and people just being manipulated, I think in many of these cases, by outside forces who wish to create disturbances.”

Likewise, Fox News has repeatedly described the student protesters at Yale and Missouri using the same language. O’Reilly has even gone so far as to suggest that Black Lives Matter and the students who are protesting racist treatment are part of a cabal that is engaging in “fascist” behavior and “running wild” against white people. Trumping his allusions to “fascism,” on his October 22, 2015 episode of his TV show, Bill O’Reilly even made the absurd claim that Black Lives Matter is akin to the “Nazis.”

These are implicit threats and overtures to violence as racial authoritarian fascists are a clear and present danger to democracy and freedom. Thus, they must be eliminated by any means necessary.

Other critics of the student activists at Yale University and Missouri such as The Atlantic’s Conor Friedersdorf have even made the absurd claim that so-called “safe spaces” are being “weaponized” by student activists in order to deny free speech.

Terrorism has been practiced in the United States. It was used by a Herrenvolk white settler society built upon the genocide of First Nations peoples and the enslavement of African-Americans to control, intimidate, and murder non-whites. The decades of Jim and Jane Crow white supremacy were also a form of State-sponsored terrorism as well. Political violence continues in the present where in too many of America’s communities, police and other security forces kill with impunity, force the black and brown poor into a state of “custodial citizenship”, and act in a thuggish and illegal way towards the country’s most vulnerable citizens.

Despite what the right-wing media, Bill O’Reilly, and the opinion leaders in the White Right routinely bloviate, those groups and individuals are not terrorists.

Real terrorists have killed people in the streets of Paris. The right-wing media needs to take note of that fact and moderate their rhetoric and abusive language accordingly.

Given the American right-wing’s casual habit of using violent language to describe their foes, and to gin up fear and anxiety among the movement conservative base, the Fox News’ right-wing echo chamber and its elites should be ashamed given the death and destruction that terrorism actually reaps in practice.