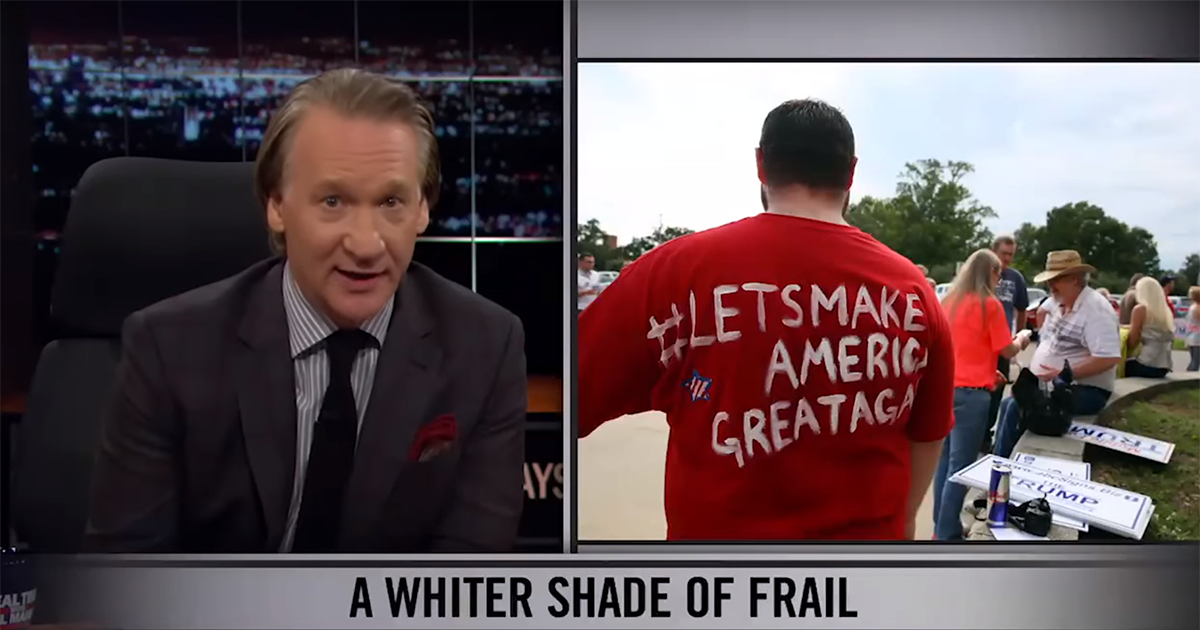 "Someone must remind white Americans that even though other people are winning small victories and making slight gains, you're not losing. You're still way, way ahead," Maher said. He went on to cite the statistic that prior to the recession in 2007, white Americans had four times the wealth of African Americans and Latinos. "But since the recession, that's gone up! Now they have six times as much! So, if anyone should be bitching about wanting their country back, it ain't you!"

Maher went on to quote a recent report from the National Academy of Sciences which said the death rate for non-college white Americans aged 45-54 is on the rise. "Middle-aged American whites are dropping like flies," Maher said before Jay Leno pretended to collapse next to him to audience laughter. But what is killing the old guard? Drugs, alcohol, suicide and "possibly trying to fit into skinny jeans" the report finds (excluding that last bit).

The findings also include suicide rates for whites are now four times that of black Americans and due to a rise in heroin use among whites, the death rate from it is also up. But, no fear, Maher has some advice, "You're white! Cheer the fuck up!"

There are so many advantages that keep whites alive longer, Maher said. "Cops don't shoot you for having your hands in your pockets. When people follow you around a store, it's usually because they want to help you find something. Major party presidential candidates aren't proposing to deport you. You can walk through an entire wedding reception without anyone trying to order a drink from you. And how about this perk: If you're white, you're much more likely to not be in prison!"