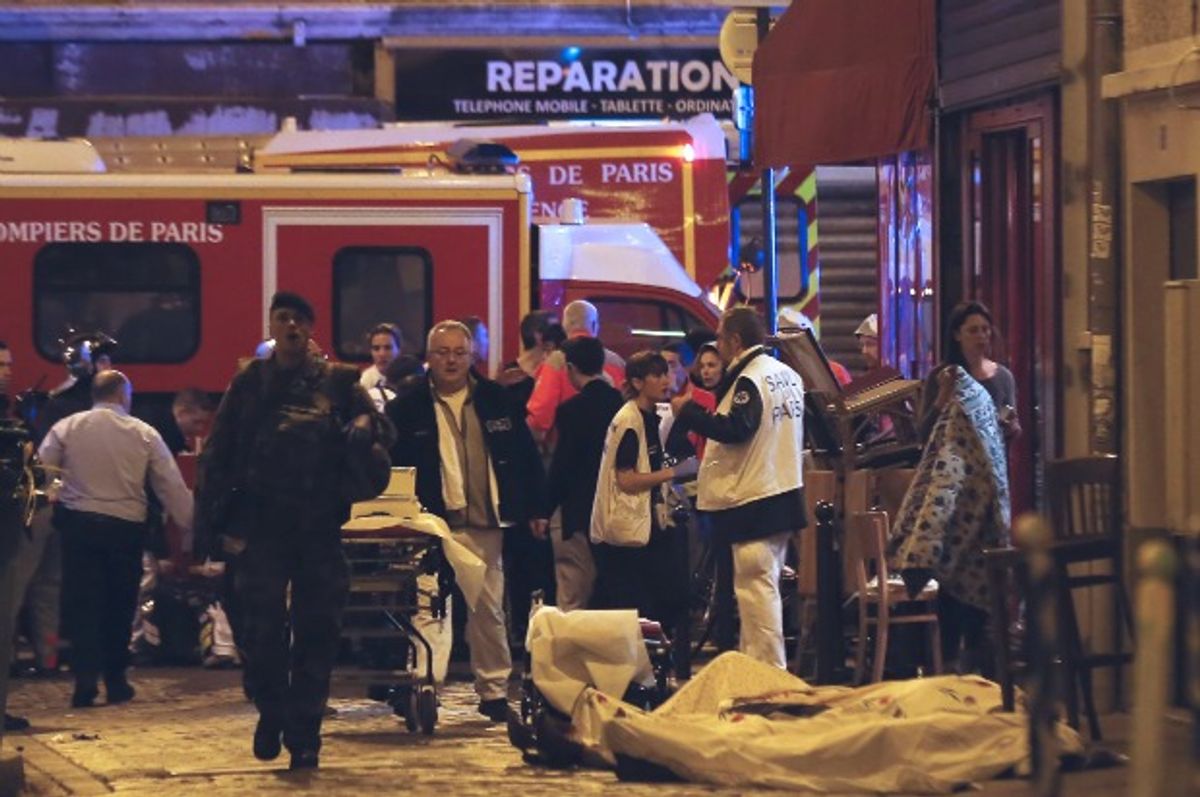 Updated: CNN reports that the deputy mayor of Paris tells them 118 people were killed in Bataclan. Police ended the siege earlier this evening. Reports say the

Eagles of Death Metal posted the following update tonight on their Facebook page as reports of Paris police storming the venue where hostages have been held:

We are still currently trying to determine the safety and whereabouts of all our band and crew. Our thoughts are with all of the people involved in this tragic situation.

Posted by Eagles Of Death Metal on Friday, 13 November 2015

Terrorists reportedly took hostages at their sold-out concert at the Paris, France, music venue, Bataclan. At least 40 people have been killed.

Eagles of Death Metal is an American rock band from Palm Desert, California, formed by Jesse Hughes and Josh Homme of Queens of the Stone Age, though Homme doesn't normally tour with the band.

According to a post on French openers Red Lemons’ Facebook page, all members of their band safely escaped and took a cab home from the venue.

Bataclan is a nineteenth-century theater just over 5 miles from Stade de France, where presumed coordinated explosions--one of which was a suicide bomb, according to TIME--briefly interrupted a soccer match between French and German national teams that French President François Hollande was attending.