I was bullied at school to the point of suicide; more students should be able to make the choice that saved me 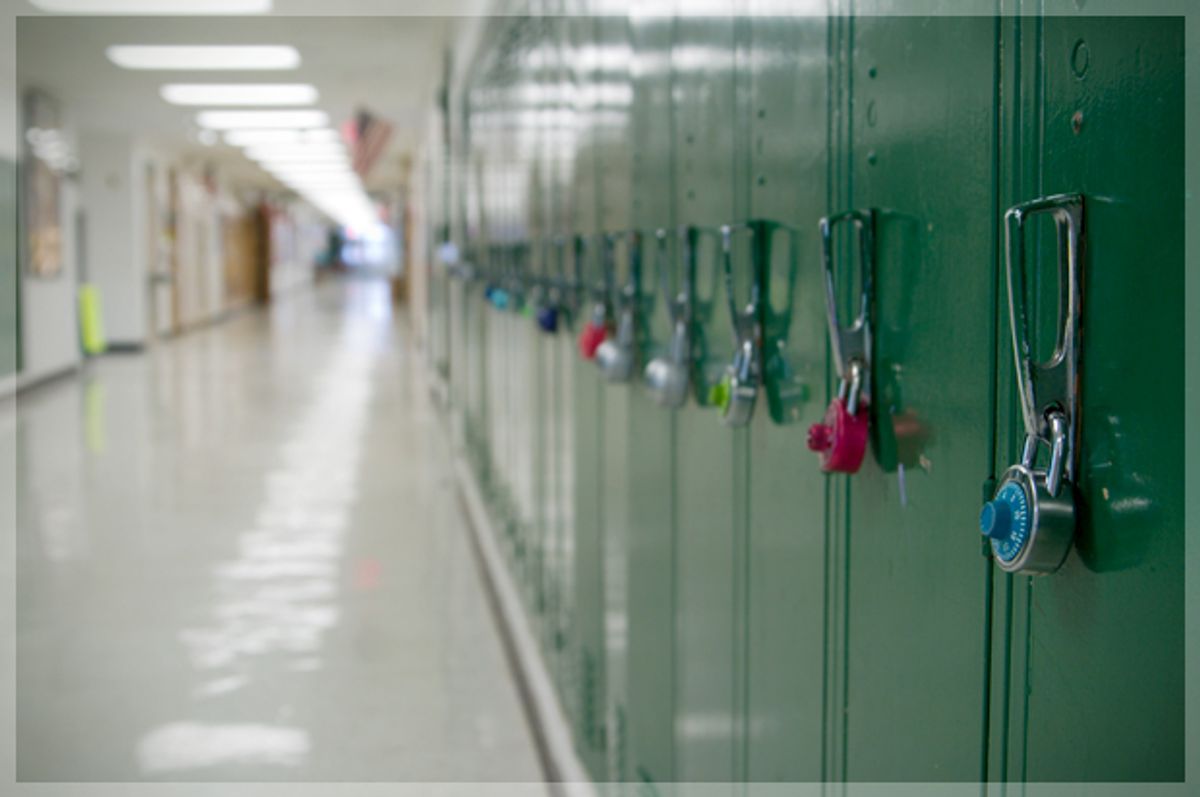 During last period in high school, I’d write the names that people called me in the lower corner of a tattered journal. Tallying them up in a comparison to previous weeks, feeling an agony I couldn’t express.

Punk. Bitch. Dumbass. Slut. Why don’t you just kill yourself?

The question didn’t seem so strange to me.

Why don’t I just kill myself?

It might seem nonsensical to imagine a 14-year-old weighing her odds of continuing life like some morbid hand of blackjack, but that’s where I found myself as a freshman in high school. A mere four months before, I was pulled into the dean’s office for hitting a fellow eighth-grader in the face. I punched him after he threw rocks at me and told me he wished I were dead.

I am not unique. The cruelty of children – and teenagers, especially – is common enough in our newsfeeds and our television screens. Yet I escaped from this asphyxiation because I circumvented the traditional schooling system. If more teens could find a haven like I did, could we prevent horrific tragedies like the suicide of transgender teen Leelah Alcorn?

Six weeks into public high school, I ran into my friend Lauren outside of a bookstore where teens from my school hung out. She listened to my grief with sympathy and understanding.

“You should check out my school,” she suggested, smiling through smoke. She held a Marlboro in a vise grip between her teeth as she waited for me to write down its name. Lauren knew what it was like to be an outcast amongst fellow students – she rarely left the house without dressing in tendrils of flowing black skirts and six-inch platform boots.

“This is a charter school?” I asked hesitantly, having no idea what that meant.

“You can wear anything you want, but you’ll be expelled for bullying,” she told me, and I tucked the details into my messenger bag.

Expelled for bullying? That concept whet my taste buds. No uniform? Like so many others, my public school required a nauseating fusion of mismatched colors and khakis that I detested. I mulled the idea over for a day or two before bringing it up at home.

My mother was appalled by everyone’s behavior – mine, the school’s, the bullies', her own – and was open to the path many families take when school becomes unbearable for a child: transfer.

The Arts and College Preparatory Academy (or ACPA, as everyone who goes there calls it), a charter school in central Ohio, is one of a kind. I wasn’t sure how to react when I took my first tentative steps through its doors on a Friday morning and my senses were assaulted: the click of high heels, the clanging of chain wallets, the tightening of straps on army boots. MP3 players hung on belted hips, wires threaded to earbuds hidden beneath explosions of hair: black hair, brown hair, violent shades of violet hair, weaved hair, dreadlocked hair, hair as blue as a snow cone in July.

I enrolled as a student later that day, and ACPA is where I spent the remainder of my high school years engaging in dialogue about diversity, tolerance and acceptance. At ACPA, learning to get along with others, to be empathic and accepting and supportive, were considered as important as writing, science and math.

There were no bloody noses at ACPA, no rocks thrown at recess. There was music, art, laughter, emotion and unity. There was frustration, too. It wasn’t perfect, but it was perfect for me, and for so many others who would’ve been left behind or bullied to the point of breakdown.

Our schools and our communities spend so much timing talking about student achievement. We send our children to “good schools” that are ranked as such because of their college admission rates and their test scores. To be sure, those things are important. But talking about culture is equally important. Are our public schools allowing students to find solid ground, or teaching them resilience and tolerance? Do the students learn to form successful relationships with different types of people?  Especially in our diverse and globalized society, these are questions that need to be asked.

When I graduated and went to college, students from rural parts of Ohio and surrounding states didn’t know how to interact with LGBT students, African-American students, international students, or any students unlike themselves. But for me, "marriage equality" wasn’t a vote cast on a ballot. It was David holding hands with his boyfriend in my backseat, kissing him on the cheek. "Poverty" did not mean laziness or stupidity. It meant my friends’ parents losing their jobs during the Great Recession and never really climbing out of the hole again. I still had so much to learn about different people and their experiences. But I was handed those tools of curiosity and tolerance when I was in high school.

I found out that the answer is complicated.

For one, charter schools struggle with funding. Tony Gatto, ACPA principal, says the school operates on two thirds of the funding that a traditional public school does, even including outside grants and donations.

Adding to the complication is that it’s hard to convince taxpayers to fund charter schools because so many have failed or manipulated the system. There are plenty of compelling anti-charter arguments. They should be acknowledged to make the system better, so that more success stories like mine can become a reality.

Fast facts from the National Center for Education Statistics show that as of now, charter school legislation hasn’t even been passed in eight states. In the states that do have charter schools, the most abundantly filled are in California. In the 2011-12 school year, California had 413,000 students, representing 7 percent of total students enrolled in public schools – that’s nearly half a million students in California alone who would have otherwise been denied an alternative education that has the potential to save lives.

With huge numbers of students enrolled and countless more who could benefit from them, why isn’t the success of charter schools made more of a priority? Why aren’t we working to eradicate the manipulation and lack of accountability? ACPA has high ratings of excellence from the state of Ohio, and approximately one third of its student body identifies as LGBT – but the school still has fewer than 400 students enrolled. What about the other students suffering, in other counties, other states?

Politicians and educators weigh the positives and negatives of charter schools from a safe distance, using statistics and test scores to argue over the direction of education. But for me, and for so many millions of teenagers, the argument is not abstract; and it cannot be assigned a numerical value. For me, having a choice meant the difference between life and death.

If your high school student is thinking about suicide because waking up every morning and going to school is too painful, if she doesn't know how to have healthy relationships with her peers, if she feels terribly, impossibly alone – do test scores really matter?

Diana Crandall is a journalist and photographer. You can find her work in Al Jazeera America, GlobalPost and The Big Issue South Africa. You can also link to my twitter @dianacreports.