This is how we remake monogamy: More choices, better sex, better marriages

By Mark A. Michaels - Patricia Johnson 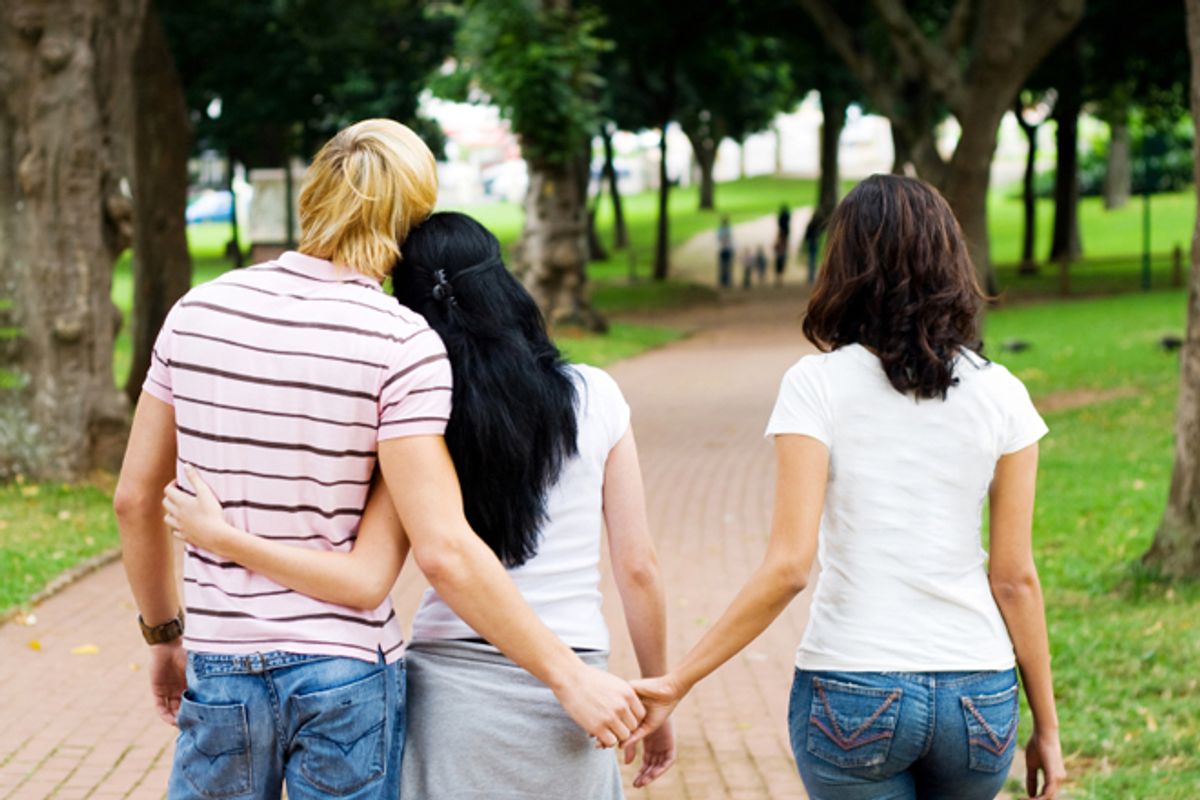 If the editors of Time had asked for our response to the question, “Is monogamy over?” we would have answered, “It’s absolutely not over; however, it means different things to different people, attitudes toward it are changing, and the changes benefit everybody.”

There was a time, just a few generations ago, when there was a broad societal consensus on the definition of monogamy. It meant lifelong sexual exclusivity -- virginity until marriage and absolutely no sexual interaction with anyone else “till death do us part.” (And none after the death of the spouse, for that matter, except upon remarriage.) This was deemed to be the only acceptable and healthy choice.

This started to change in the 1960s, as divorce became more common and access to birth control was determined to be a constitutional right. By the 1970s, serial monogamy started to become the norm. At that time, there was a fairly common understanding that serial monogamy included premarital and post-divorce sex.

The 1960s and 1970s were also a period of upheaval and experimentation. The “monogamy mandate” itself began to loosen up. During that era, swinging went public and grew popular, and people started talking about open marriage. Some went even further, exploring communal living and group “marriages.”

Cultural attitudes have continued to evolve over the last four decades, and the meaning of monogamy has become considerably more ambiguous, something we explore in depth in "Designer Relationships." Some who identify as monogamous still adhere to the old-fashioned definition, but this is becoming increasingly rare. Many people will simultaneously date multiple partners and be sexual with them before “settling down” with one. And of course, the rate of cheating among those who profess to be monogamous is high, though estimates vary.

Social conservatives decry all of these changes, but with the exception of cheating, we see them as a step forward. They create an opportunity for people to explore their relationship choices with more freedom and awareness than was available in earlier generations. No wonder a recent YouGov poll found that 25 percent of Americans think that polyamory is morally acceptable, and that percentage rose to 58 among the non-religious.

When monogamy is mandatory and unexamined, marriage can be reduced to being a means to an end (financial security and social acceptance, for example). And when people don’t consciously explore what they want from their relationships, superficiality, dishonesty and dissatisfaction are common and inevitable results.

Of course, it’s “easier” to play a predetermined role than to do the work of figuring out who we are and what we want. The latter takes courage, open-mindedness and the willingness to examine and possibly reject a lifetime of cultural conditioning. Yet the rewards are well worth the effort. When we make active choices instead of just accepting the established norm, we’re far more likely to end up with stronger, more authentic connections.

The fact that monogamy is no longer obligatory and one-size-fits-all is something to celebrate. It gives us the freedom to do the hard work and reap the very real benefits in the quality of our relationships and rate of our personal growth. Rather than thinking of our relationships as something that comes off the rack, we can craft them to suit ourselves, as individuals and in partnership with others.

The first step toward designing a relationship is developing a clear and nuanced understanding of how one defines infidelity and monogamy. There’s no universal consensus on either. As the furor over the Ashley Madison “outing” revealed, some people think posting a profile on a website is equivalent to having an affair; others may feel the same about viewing pornography or experiencing desire for someone else. There are many people who identify as monogamous for whom these behaviors or emotions, and even more, are not a problem.

What’s important is figuring out exactly where you fall on the spectrum. Having clear understandings makes it possible to reach informed agreements that are mutually comfortable—whether you define your partnership as monogamous or not. And of course, the process of reaching these understandings requires deep communication, which itself is good for the relationship. This is particularly important for those in more conventionally monogamous relationships, because assumptions tend to be tacit.

Monogamy itself is not a monolith. It is multifaceted, incorporating sexual, emotional, social and practical components. While the sexual and emotional aspects of monogamy may seem to be self-evident, this is by no means always the case.

Is “sex” limited to genital intercourse, and if not, what specifically does it include? How much emotional intimacy can a partner have with someone else before you begin to feel uncomfortable? Do you feel a desire to bond deeply with one other person, two or three other people, or with no one at all? Remember, the answers to these questions may change over time.

We live in an era when everything is customizable. Relationships are no exception. Some people will continue to practice their grandparents’ form of monogamy, and others, probably the majority, will be serially exclusive and pair-bonded. Still others will explore some form of non-monogamous expression that encompasses one or more of the facets we’ve discussed or may flow in and out of being exclusive based on what the relationship requires. (We’ve done this ourselves.) Having the ability to customize a relationship means having the freedom to respond to life’s vicissitudes.

To return to Time’s question, monogamy isn’t over, and it probably never will be. Its future is strong, and the availability of options should make it stronger. Those who choose it are likely to be happier for having made a fully informed decision rather than having fallen into it by default. Those who opt for an alternative approach will be free to do so authentically and without fear of being stigmatized. The freedom to choose will lead to higher levels of relationship satisfaction and a healthier, happier society across the board. The only thing that’s over with regard to monogamy is the requirement that one size must fit all.

By Mark A. Michaels

MORE FROM Mark A. Michaels