We brought this on ourselves: After Paris, it is time to square our "values" with our history

The West's behaved horrifically in Middle East for decades. We can't be surprised by Paris. Let's look in a mirror 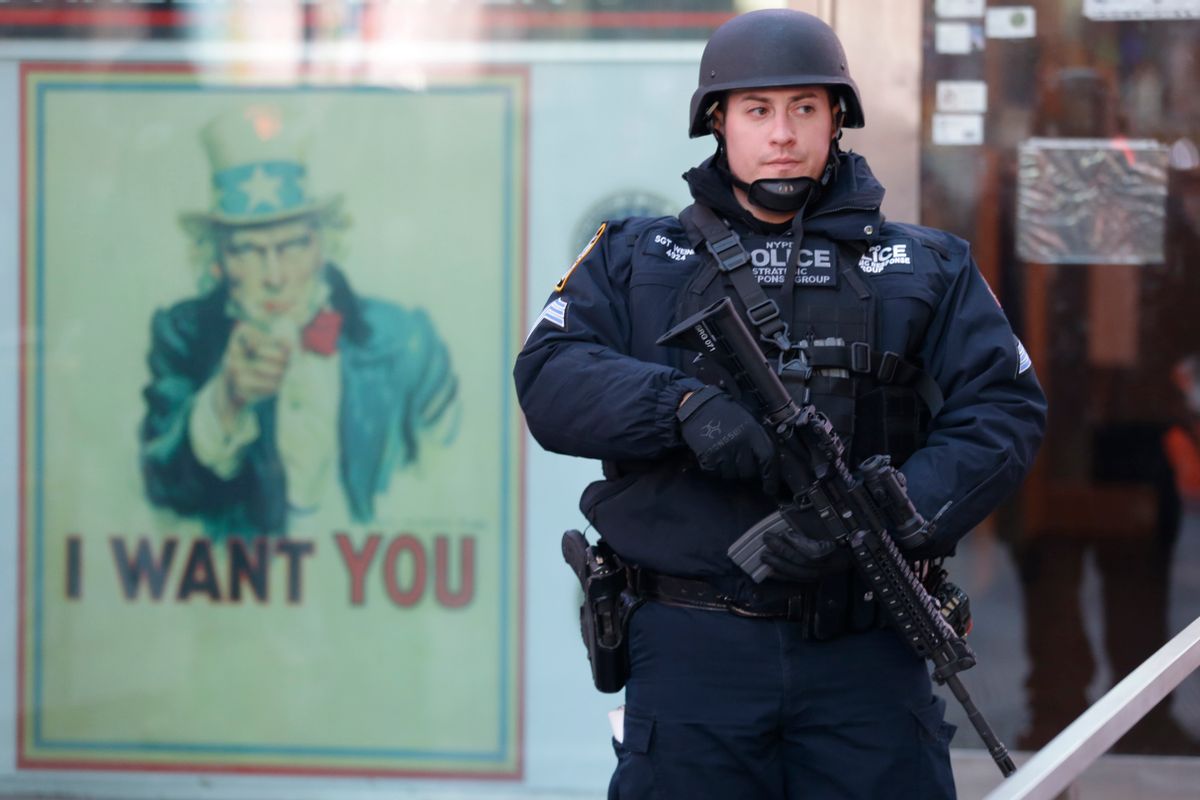 Another horrific attack emanates from the shattered, shredded Middle East into the beating hearts of Western civilization. It is impossible to miss what it means that the City of Light, the justified pride of the French, was the scene of Friday’s spree of violence, hostage-taking and murder. We cannot any longer watch the tragedies befalling Middle Eastern societies and shut the television off when supper is ready. Their tragedies are ours—a point that was destined to be forced upon us sooner or later.

By the most recent count available at writing, 127 are dead in Paris and who knows how many are wounded or traumatized. The Pentagon and the Strangeloves who run it, it turns out, are not the only ones who can pull off a shock-and-awe assault. If the French and all the rest of us are smart, we will dwell long and hard upon the implications of this stark reality.

Yes, what has just occurred in Paris is an affront to all of us. But to invoke universal values is to sustain the error of understanding, of recognition, of acknowledgement, that lies at the heart of all this incessant hatred, attack and counterattack. We—and hardly least the French and the Americans—have articulated such values well and often enough since the late 18th century. But there is little ground to claim that they have determined how we have acted in the Middle East and treated its people for roughly the same period of time.

To put the point another way, a wounded civilization, borrowing Naipaul’s phrase for India, has wounded ours.

The number of fatalities in this, the second strike perpetrated by Islamic extremists this year, do not come close to those counted after the events in New York and Washington a dozen Septembers ago. But numbers rarely tell us much in the way of meaning, and we must not get lost in them now. “Is this a September 11 for the French?” my other half asked as we watched the news last night. “Let there be no question,” I replied.

François Hollande, the French president, was in attendance at the sports stadium where one explosion, apparently a suicide bomb, was detonated. Immediately afterward he termed the attacks together “an act of war.” I have never accepted Bush II’s declaration of “a war on terror” and do not now. But Hollande appears to be right. “What you are doing in Syria, you are going to pay for it now,” one of the gunmen declared as a massacre ensued in the Parisian concert hall also attacked.

Given French jets have recently flown beside American formations on bombing sorties across Syria, it does not get much clearer: If we term what is going on in Syria and Iraq a war, it would follow that we must count Friday’s events in Paris another theater in it.

What has followed since Friday is familiar enough. Hollande declared a state of emergency and closed France’s borders; the French military is mobilized and the police’s powers are to be increased. Obama pledged “to provide whatever assistance that the government and people of France need to respond.” If the past is any guide, this surely refers to America’s surveillance and intelligence capabilities and all the technologies associated with these.

What has not followed is too familiar. No one, once again, asks the simple question, “Why?” This line of inquiry is so obvious, and so obviously of use in devising an effective response—know your enemy and his motivations, as any military strategist will tell you—that our avoidance of it amounts to a pathology at this point.

In the face of tragedy after tragedy and a security situation that worsens without letup, we in Western societies resolutely decline to enter upon the subject of causality. We do not even wonder why it is the so-called “major Western powers”—not Brazilians, say, not Tanzanians or New Zealanders—who are almost always the targets of what we now have to call terror in what we may now have to call a war. Above all, in their presentations on these topics our leaders make no reference whatsoever to history.

It occurs to me now that we live in the very world one of Bush II’s best-known theorists urged upon us even before the September 11 events and incessantly after them. I have mentioned Richard Perle, a longtime intellectual charlatan, in this space before. “We must decontextualize terror,” Perle famously and often declared—meaning, make no effort to identify the context from which terrorists arise. “Any attempt to understand the roots of terrorism is an attempt to justify it,” Perle continued. “It simply must be fought and destroyed.”

As Johann Hari, one of Perle’s countless critics, put it, “Perle invites us to participate in a strange, willful ignorance of cause and effect. How can this be a serious response to our problems”? Hari, a once-controversial British journalist, posed his question in 2004. It remains a good one.

In my regular column this coming week I will explain why.

For now, the phrase “thought and prayers” having been devalued to the point it is little better than saying, “Let’s have lunch,” only this: Let the police and the intelligence services do their work. The best way, I would say the only way, we can properly honor those just killed or wounded or now suffering trauma is to ask why they have met this fate—and then begin constructing the effective response that has so far eluded all of our leaders.