When I dared ask conservatives to tone down violent rhetoric after Paris, they responded with death threats 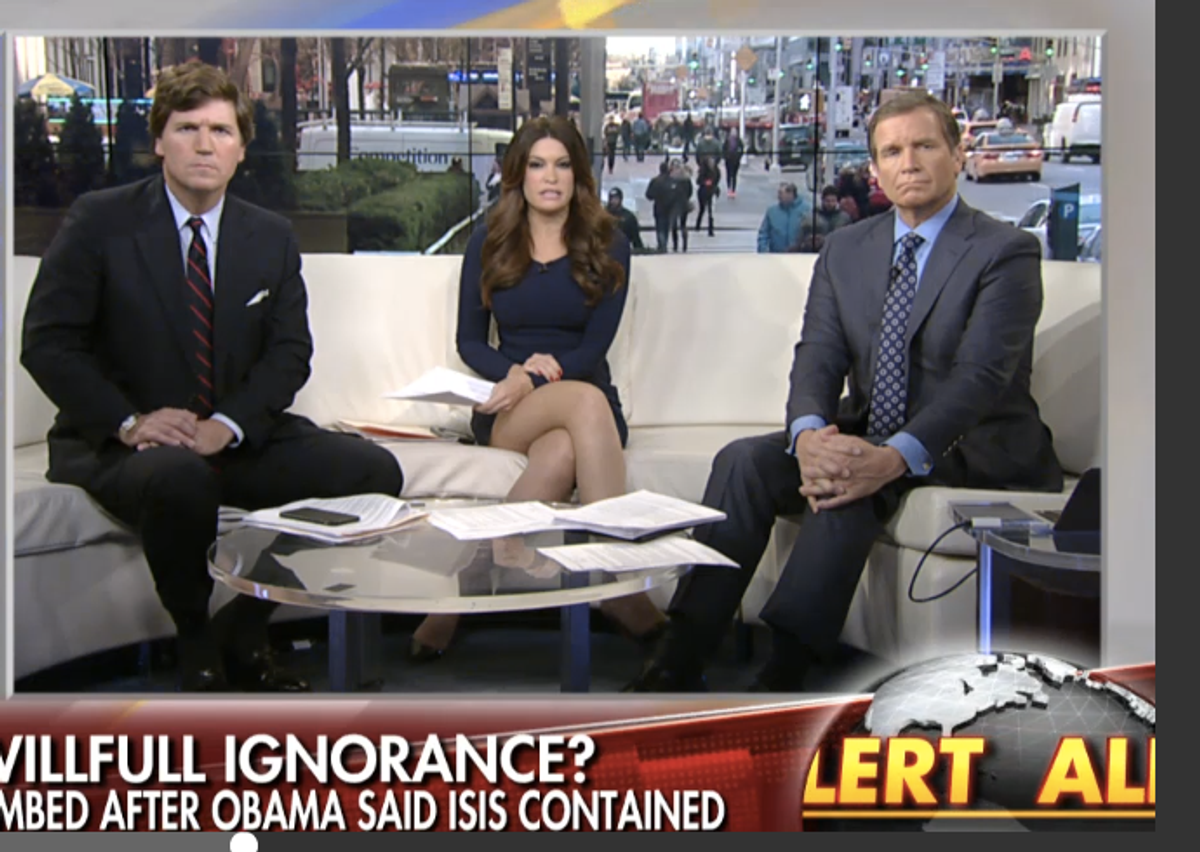 Last Friday, I wrote this Salon essay about the barbaric terrorist attacks on Paris, France. I made a very basic and clear argument: Terrorism is a form of political violence that kills and injures people. For decades, America’s right-wing media and other opinion leaders have routinely used violent language—including the word “terrorist”—to describe liberals, Democrats, progressives and others with whom they disagree.

In recent weeks and months, Fox News, as well as Republican candidates such as Ben Carson and Chris Christie, have used violent and eliminationist language to talk about Black Lives Matter and the student activists at Yale and Missouri. Both groups are working to create a more just and fair United States that treats people of color with dignity, and respects their full and equal human rights. Neither Black Lives Matter nor the student activists at Yale and Missouri are “terrorists.” They are not killing people. They have not strapped explosives to their bodies. They have not used assault rifles to shoot people.

I concluded with the following basic suggestion. In the face of real terrorism in the streets of Paris and elsewhere, with broken and bloodied bodies, families in mourning, and a country in a state of emotional and psychic shock, perhaps America’s right-wing media, and conservatives en masse, should seriously reconsider their casual use of violent rhetoric.

The right-wing media and its supplicants responded with apoplectic rage.

Right-wing websites such as Breitbart, Twitchy, The Blaze, and NewsBusters featured headlines denouncing Salon and my essay on the Paris terror attacks.

Right-wing thugs threatened to kill me and blow up the offices of Salon. Beyond their violent rhetoric, the right-wing cretins who were outraged by my essay also showed themselves to be profoundly delusional. Some of these confused souls even believe that I am an ISIS “sympathizer” or “agent” (quite odd given that I have long advocated for a far more robust and aggressive military policy than has been taken by the Obama administration).

This is not a surprise. America’s conservatives are in the grip of an infantile and reactionary ideology that causes them to respond like bratty children, throwing temper tantrums in the political and public sphere, whenever they are faced with basic facts and truths that cannot be reconciled within their deranged and fantastical world view.

I have been writing online for almost ten years. As such, I am quite used to the violent rhetoric and threats made against me by the right-wing media and its public. This is why I so gleefully mock them. They deserve scorn. But, their behavior should also be examined for what it reveals about the broken nature of American politics, and why the United States is unable to solve—what should be obvious—issues of shared public concern.

It is very difficult if not impossible to solve a problem if one cannot agree on the nature of the facts and reality. The Republican Party and Right-wing media have created an alternate reality for their low-information public. This has been shown during the GOP primary debates, as well as on a litany of issues such as the economy, tax policy, global warming, race, international affairs, science, education and gun control.

The right-wing media and its followers willfully lied about and distorted both the title, argument, and content of my essay on the Paris terror attacks. Breitbart, Twitchy, The Blaze, Newsbusters and other right-wing sites reported that I blamed “conservatives” or “Republicans” for the terror attacks in Paris. This is a fabrication. It is fundamentally untrue.

The right-wing media machine is one of the most powerful means for disseminating disinformation and propaganda in the United States. Joseph Goebbels would have admired its efficiency. They have created a bubble, what media scholars and observers have described as a state of “epistemic closure”, where talking points are shared and reinforced. Within hours, the right-wing media machine had circulated their dishonest and distorted version of my essay on the Paris terror attacks. The same commentary was often repackaged on multiple sites to provide the illusion that there was some type of “public” outrage about my writing. Right-wing trolls then used social media to gin up more rage within their echo chamber. The drum of right-wing anger and victimology may be loud, but it is playing to a small audience of obsessed fans who have been given too much influence over normal politics by the supposedly “liberal” media.

In the post civil-rights era, conservatism and racism is now the same thing. The Republican Party is the United States’ largest white identity organization. As a matter of policy, it uses overt and subtle racism to win votes from racially resentful white people. To point, almost immediately, overt and open white supremacist websites began to feature content from more “mainstream” right-wing websites in response to my essay on the Paris terror attacks. Their “analysis” and “commentary” were almost identical: violent threats, racism, lies and disinformation.

Political psychologists and other researchers have shown that the brains and cognitive processes of conservatives exhibit binary thinking, an intolerance of ambiguity, heightened fear centers, and a disdain for subtlety and nuance. This helps to explain conservatives’ inclination towards social dominance behavior, racism, prejudice, nativism, and xenophobia. The increase in authoritarianism in the United States is also a function of the conservative brain and its vulnerability to manipulation by the Right-wing media, as well as anxieties about a changing world. The incoherent rage towards my Salon essay on the Paris terror attacks, and how so many American conservatives have a fetish-like obsession with “guns, God and the flag” are a crystallization of those dynamics.

Tens of millions of Americans are functionally illiterate. The National Center for Education Statistics reports that 40 percent of Americans read at a “basic” or “below basic” level. Even more disturbing, more than 50 percent of students at four-year-colleges do not have the reading skills to understand a newspaper editorial. The responses to my essay on the Paris terror attacks demonstrate that most of those upset may in fact be challenged in their ability to read and write at a level necessary to intelligently and competently participate in politics. This is part of a broader phenomenon in the United States where the coarseness of the country’s political culture, often vapid public discourse, and Right-wing media news entertainment complex, are reflections of a society with a broken educational system, and where literacy, and thus engaged citizenship, is systematically devalued and undermined.

Movement conservatism and the right-wing media are engaged in “zombie politics.” This has created a condition among rank and file conservatives where they are unable to practice critical thinking, self-reflection, or introspection. Because of this, the fully propagandized right-wing public can only think in terms of the talking points, disinformation, and lies given to them by their media and other opinion leaders. This is politics as a form of religion; it is hallucinatory ideology as reality.

For example, when challenged about their racism, today’s conservatives respond with more racism. If a person intervenes against sexism, their response is to use more sexist language. And as seen in their reaction to my criticism of how the American Right-wing routinely uses violent language to describe liberals and progressives, they, of course, use even more violent language.

Beyond the violent threats, bilious language, racism, and other poor behavior ginned up by the right-wing hate media in response to my essay here at Salon about the horrific terror attacks in Paris, the most disturbing lesson is how today’s American conservatism is a pre-Enlightenment era belief system. Its followers do not believe in empirical reality, they create their own facts, Right-wing politics is a type of religion immune from truth-claims and tests. Magical thinking is the norm, and a cosmopolitan public sphere where reason, philosophy, scienc  and learning are valued is to be rejected and subsequently destroyed.

I knew this before I sat down last Friday evening to write my essay about the Paris terror attacks. The responses to my basic truth-telling about the right-wing media and its politicians’ careless abuse of language reinforced this knowledge. But, such a fact remains no less troubling for what it portends about the present and future of American politics.