"My infant died. He should have been with me": The horror too nightmarish to comprehend

We tell mothers to do what's best for their babies, but only for the first 12 weeks. Then the unimaginable happened 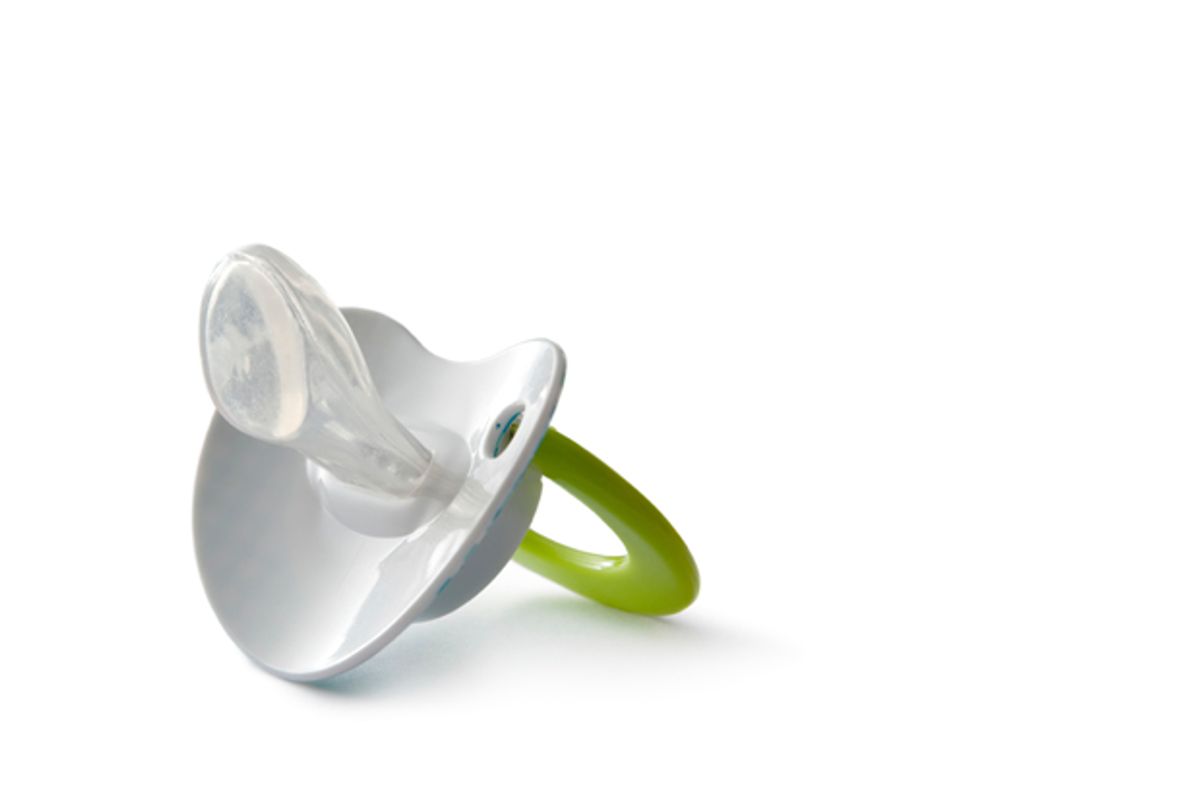 Yesterday, Amber Scorah published an essay about the death of her infant son under circumstances that are almost too nightmarish to bear: On the day she returned to work after three months’ maternity leave, only a few hours after being left at daycare for the first time, her son stopped breathing and died. The piece, which was published in the New York Times’ Motherlode blog, is both heartbreaking and unnerving. There are no accusations of abuse or neglect, there is nothing violent, nothing out of the ordinary. Instead, Scorah, with tremendous composure, leaves us only with a question: Why did she have to send her son to daycare in the first place? Why was she forced to leave her son in the care of people who were, however well-meaning, strangers?

The harsh answer, which Scorah acknowledges, is that she had to go back to work to keep her job and her health insurance. Her partner freelanced and did not receive benefits. Still, the unease she felt at the prospect of parting with her son did not relent. Scorah asked her employer for additional leave, without pay, but the request was denied because according to the HR department, "there was no system in place that allowed for extending maternity leaves." She managed to find a daycare close to her office so she could visit her son during the day and breast-feed. In essence, she did all she could short of leaving her job to stay close to her son. But after half a day apart Scorah’s son was lost permanently.

Scorah does not condemn her employer or the daycare or the people working there. Rather, her critique is of a culture of employment that places a negative value on parental leave. Many people assume that parents in this country are not given longer or more flexible paid parental leave because it’s simply too expensive— too expensive for companies and too expensive for individual workers. This turns out not to be true. Others might assume that longer leaves are not offered because they’re not necessary or beneficial to babies and mothers, that infants and young children do just as well within our country’s patchwork, improvised, unregulated and wildly uneven system of daycare centers and facilities. This is also not true. As Scorah herself points out, parental leave reduces infant death, gives us healthier, more well-adjusted adults and helps women stay in the workforce. And yet despite these proven benefits, our country persists as one of the most unaccommodating and unsupportive among industrialized nations when it comes to parental leave.

For all the risk that is inherent in raising a child, for all the safeguards we try to install, literal and metaphorical, for the hours spent agonizing over everything from shoes to schools, we still live in a moment of explicit paradox: Parents are expected to do everything they possibly can to keep their children safe (and can face legal repercussions for failing to meet arbitrary, ad hoc standards of safety) but are often given little opportunity to be with and care for their children if they want to remain in the workforce and advance in their careers. Despite our idealization, fetishization and sentimentalization of parenthood and childhood, we often don’t seem to actually like or value parents and children, or so it would seem from a policy perspective. At the very least, we remain deeply ambivalent about the roles parents and children play in our society, the sacrifices we (we as individuals, we as employers, we as public servants) are willing to make for them, and the importance we assign to integrating them into our workplaces and communities.

Scorah admits that she has no way to know if her son would be alive today if she had not left him that day, or if the care he received at the daycare contributed in any way to his death. It is entirely possible, she admits, that the timing of the tragedy was not causal but coincidental. And yet this insistence hardly makes her story less harrowing or mitigates the awfulness of what she now must endure, not just the loss of her child, but the uncertainty and second-guessing and endless self-interrogation, the curse of wondering how things might have been different if she’d been given more options. She writes simply: "My infant died in the care of a stranger when he should have been with me: our culture demanded it.” It requires only a slight remove to view the coldness and cruelty of this demand, a demand far too many working parents face.

Why, Scorah asks, “should parents have to play this roulette with their weeks-old infant? To do all they can possibly do to ensure that their baby is safe, only to be relying on a child-care worker’s competence or attentiveness or mood that day?” More specifically, she wonders why the mother of a weeks-old or months-old infant, a mother who does not feel that she or her child is ready for sustained separation, be forced to choose between her infant’s well-being and her job.

It is a question that gnaws at every working parent, one that is almost as existential as it is practical. The offices of pediatricians are filled with pamphlets about proper installation of carseats and the benefits of breast-feeding and the ill effects of screentime, but there is no flier called “So You’ve Decided to Entrust Your Infant to a Stranger.” Mountains of books and exabytes worth of blogs implore us to know the facts, to stay informed, to be vigilant and responsive and alert. We are told never to let them out of our sight or to allow them to talk to strangers, to wear them, to swaddle them, to feed on demand, to let them self-wean, to help them self-regulate, to build their self-esteem. And we are told, most of all, to trust our instincts, to follow our gut. We are told, or at least I was, that every mother should do what’s best for her own child and should make decisions accordingly. But when we say this to each other, we don’t really mean it. Or, we mean it when it’s convenient, when a mother’s instinct and preference don’t challenge the status quo, or undermine convention, or force an employer into the uncomfortable position of having to be flexible, accommodating or human.

Scorah does not know why her 12-week-old son died the day she left him. She only knows that the day it happened, she did not feel ready to be apart from him. She asked her employer for a little more time, just a couple more months of unpaid leave. It hardly seems like an extravagant request. And while she points out that the 12 weeks she was given was generous by American standards, the callousness of the response she received points to a larger, unacknowledged and disturbing cultural trend— a growing incompatibility between American capitalism and healthy parenting. Most parents will do anything within their power to assure nothing bad happens to their children. We make sacrifices to our own freedom and our children’s freedom in this regard, and we condemn parents who take unpopular or unsanctioned risks. But what happens when our culture forces parents to assume risks for the benefit or convenience of those in power? And what happens when a culture that implores us to protect our children from all perceived harm, offers us neither the tools, nor the flexibility, nor the support this requires?