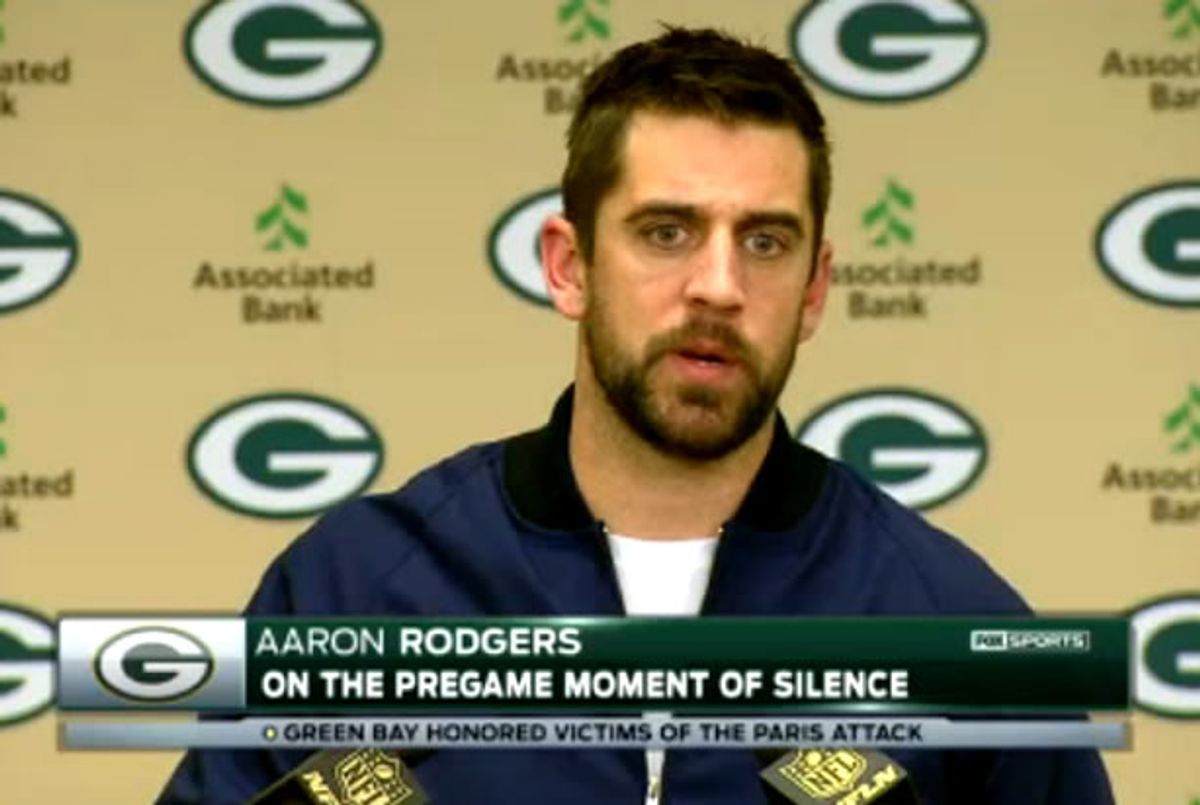 Green Bay Packers' quarterback and former NFL and Super Bowl MVP Aaron Rodgers spoke to reporters about Islamophobic comments that could be overheard during Sunday's moment of silence for the victims of Friday's terrorist attacks in Paris.

Rodgers declined to repeat the comments he heard shouted from the stands, but he used the post-game press conference to speak out against the "prejudicial ideology" that he felt motivated the fan to shout them.

"I think it's important to do things like" have a moment of silence, because it reminds people that we live in "a connected world -- you know, six degrees of separation."

"I admit, though, I was very disappointed with whoever the fan was who made a comment that I thought was really inappropriate during the moment of silence," Rodgers continued.

"It's that kind of prejudicial ideology that I think puts us in the position that we're in today as a world."