"Normal American" George F. Will rails against "delicate snowflakes" in academia and the administrators who "coddle" them

Though he doesn't know that "normal Americans" host and attend Halloween parties, so maybe's not the best spokesman 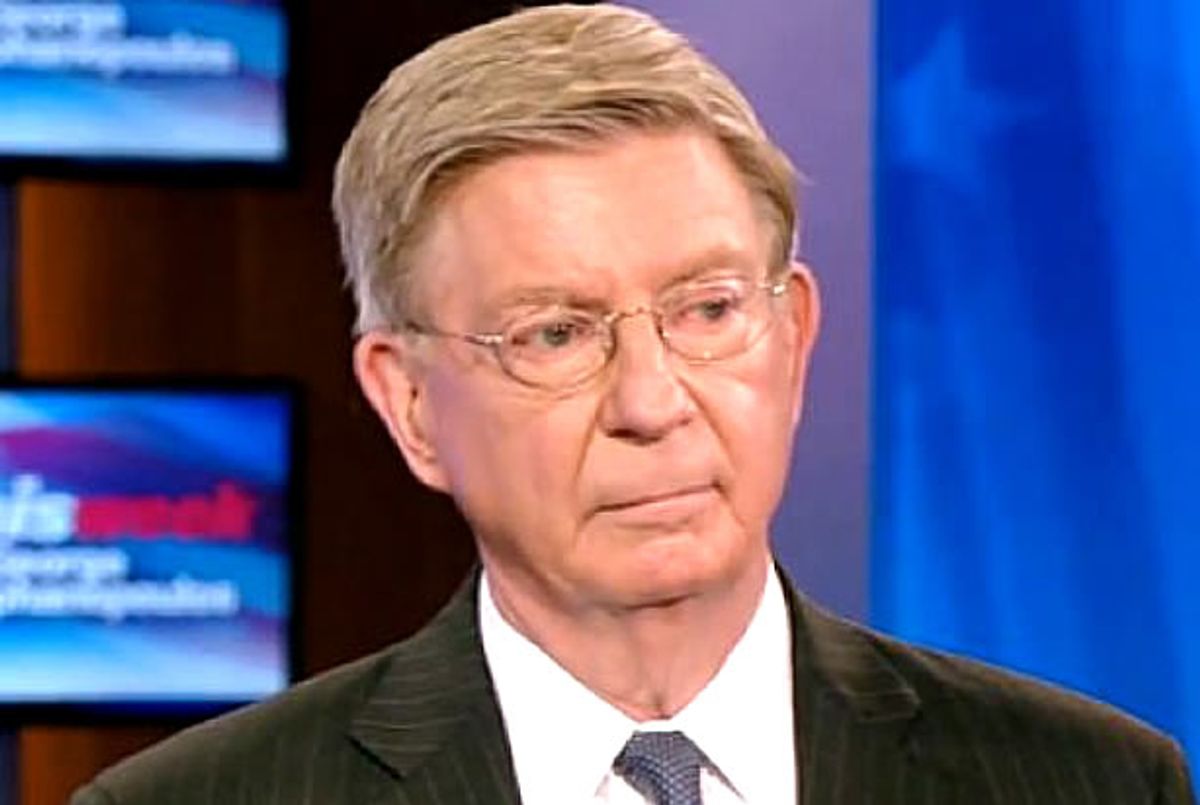 Self-declared "[n]ormal American" and former Harvard professor George Will took to the pages of the Washington Post over the weekend to rail against the "delicate snowflakes" at Yale who called on campus administrators to be more sensitive to a diverse group of student interests.

He was responding to a email in which Yale's president, Peter Salovey, "gave students a virtuoso demonstration of adult groveling" when he acknowledged the possibility that diversity -- as well as sensitivity to the issues important to minorities -- might be lacking in the 72 percent white campus system. The students making the complaints are, Will essentially, either spoiled or ungrateful children who come from families "capable of paying Yale's estimated $65,725 costs...or who are among the 64 percent of Yale undergraduates receiving financial aid made possible by the university's $25.6 billion endowment."

Such ingrates have a "capacious sense of the intolerable," as evidenced by their calls for an end to cultural appropriation as it occurs with regards to offensive Halloween costumes -- besides, they're too old to be celebrating Halloween.

"Normal Americans might wonder," he wrote, "Doesn't the wearing of Halloween costumes end at about the time puberty begins?"

"Not on campuses," Will added, apparently unaware that most "[n]ormal Americans" are not only aware of the existence of Halloween parties, but that many such people actually host and/or attend them. Of course, those adults might themselves be the problem, as Will indicts the parents of these Ivy Leaguers who "revel in their emotional fragility" for being "arrested-development adolescents, with all the anxieties and insecurities of that developmental stage."

But in the end, the responsibility for "these brittle Yalies" lies squarely at the feet of "the monolithic culture of academia," a place where "progressivism reigns" and "vigilant thought police will enforce a peace of wary conformity."

All of which he ties into a neat bow via a string of references to John Dewey’s turn-of-the-20th-century educational theories, which while perhaps a valid line of argument, would seem to undermine his claim that the goals of the modern progressive university are somehow new, or that the means of achieving them are as effective as they are, to his mind, pernicious.