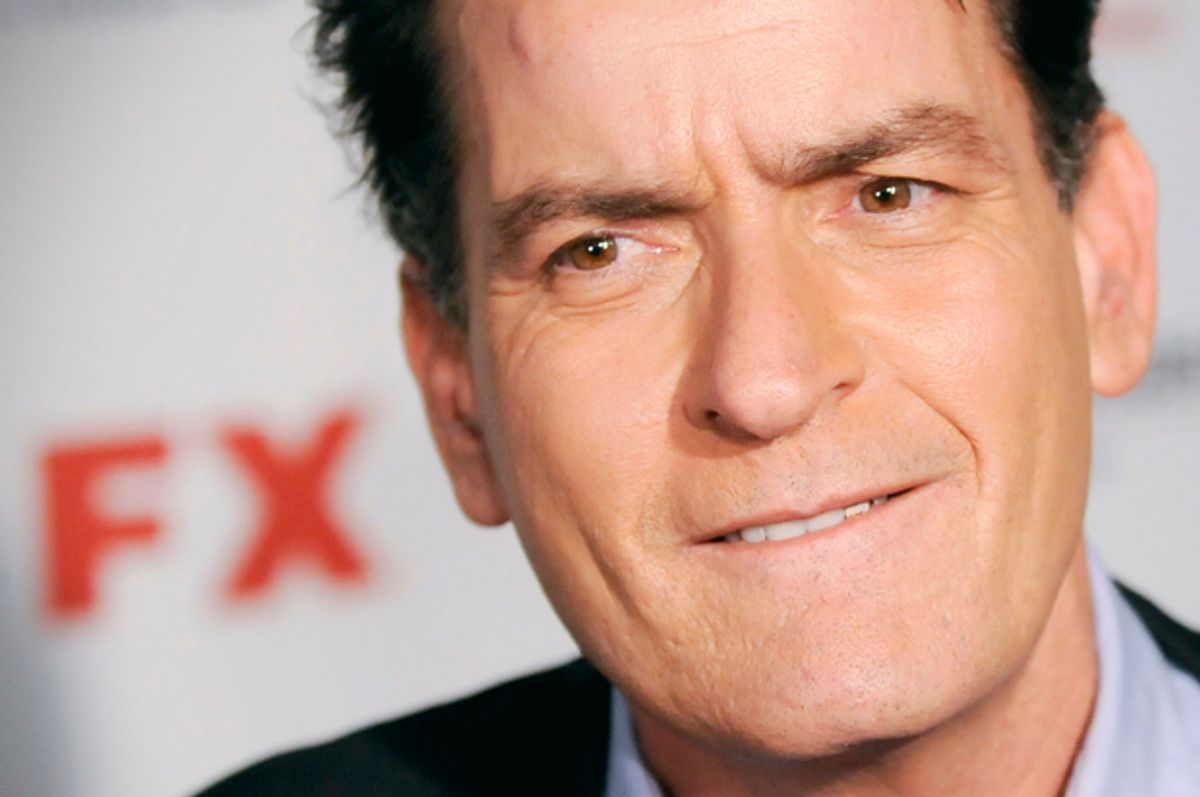 On the “Today” show this morning, Charlie Sheen announced that he is in fact HIV-positive. Sheen—who was diagnosed “roughly four years ago”—said he does not know how he contracted the disease.

“Today” show host Matt Lauer read from a statement Sheen provided ahead of the interview: “I always led with condoms and honesty” with sexual partners after he was diagnosed.

Sheen also revealed he’s paid sex workers “in the millions” to keep quiet after a string of “shakedowns.” Going public with his diagnosis, Sheen said, “I think I release myself from this prison today.”

Asked plainly if he’s had unprotected sex since the diagnosis, Sheen admitted he had with two people, but that the two were under the care of his personal physician.

Sheen was joined by his personal physician, Dr. Robert Huizenga, in a later segment of the three-part interview.

Huizenga confirmed that “Charlie does not have AIDS.” And Sheen proudly said he’s never missed a day of his medication, called the “triple cocktail,” consisting of four pills.

Sheen confirmed reports that ex-wives Denise Richards and Brook Mueller knew about the diagnosis “for a while.”