Jesse Watters on white privilege: "I'm also tall, athletic, smart and rich — should I apologize for that too?"

"You know what the Greatest Generation would have called you?" he asked a queer woman at Missouri, "Sissies" 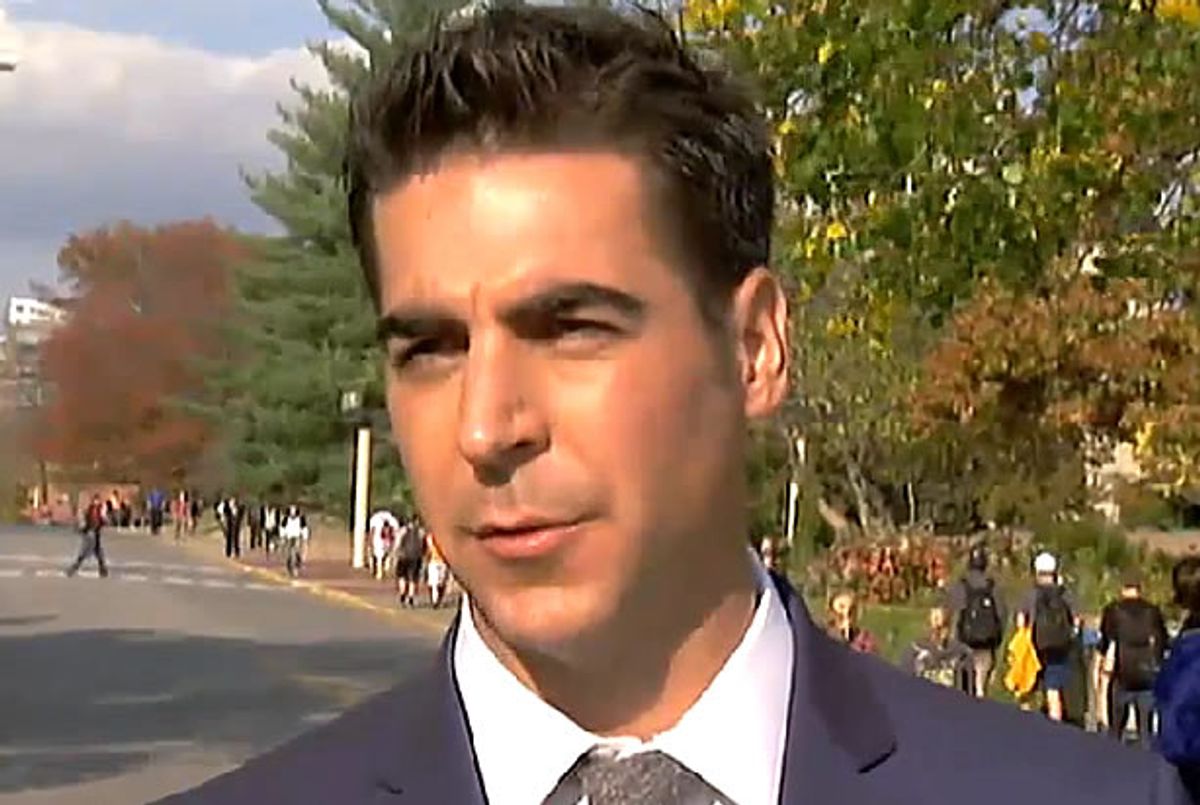 Charming as ever, Bill O'Reilly's bloodhound Jesse Watters went to the University of Missouri to hector students about race, gender and sexuality.

Watters' stuck to his shtick, using "common sense" interpretations of phrases with specific meanings to prove that college campuses are no place for men-of-the-people. For example, he asked one woman if he was in her "safe space," and when she said he wasn't, he took a step closer to her and asked, "what about now?"

Deliberately confusing the concept of a "safe space" with "personal space" was one of the least offensive moments in the segment. He asked another student what "white male privilege" is, and when she couldn't answer, he volunteered that he's also "tall, athletic, smart, and rich -- should I apologize for that too?"

Watters asked a student who identifies as bi-sexual whether she felt "marginalized," and when she replied that as a "queer woman," she did, he replied, "you can't say that, that's offensive." Not that anyone should expect Watters to be familiar with queer theory or the concept of queering, but as someone ostensibly attempting to report to an audience guaranteed to know nothing about it, you would think he wouldn't be deliberately misleading.

Then again, he told the same student that "the Greatest Generation would call you...sissies," so it's not as if he's really attempting to inform anyone of anything.