Processing atrocities like Paris, from afar: "When you start losing control of your curiosity is a good time to stop" 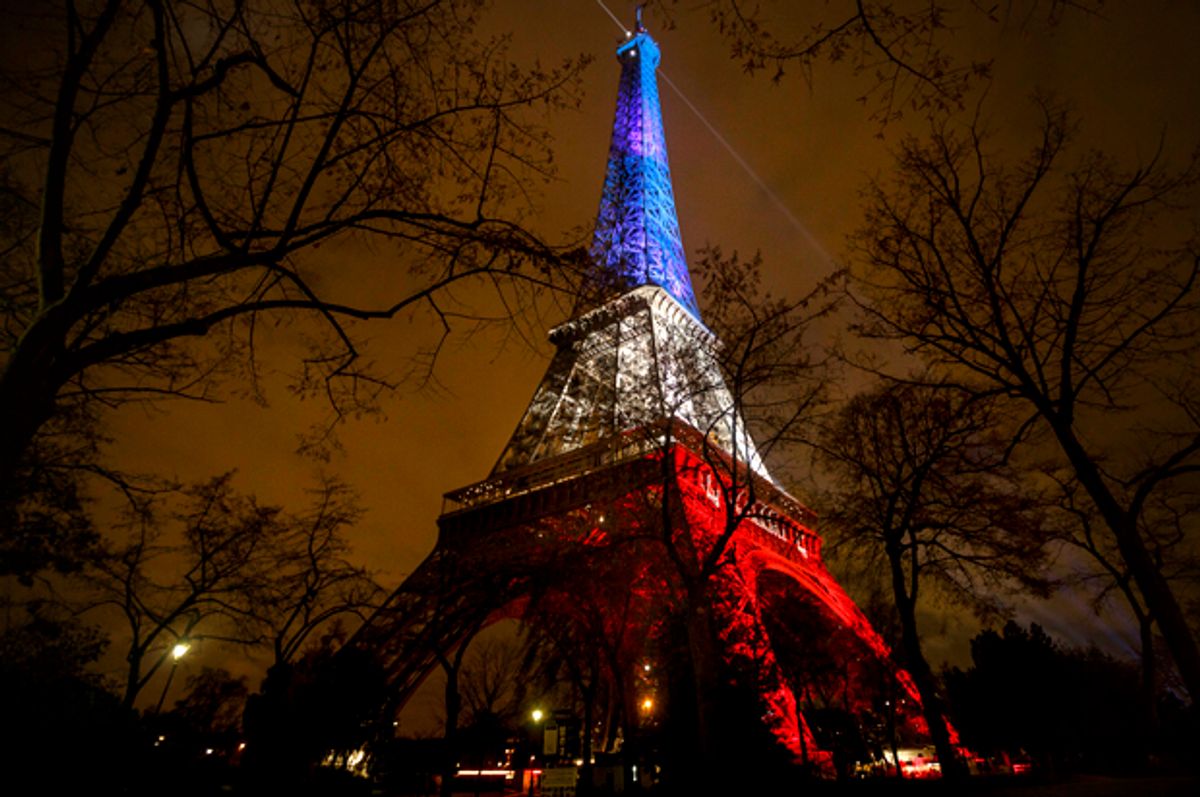 Last week’s Paris attacks terrorized the city, but they’ve also horrified and disoriented people all over the world. How does the trauma spread out from its actual site through media coverage and word of mouth? What kind of damage can it do to people thousands of miles away?

Salon spoke to Dr. Arieh Shalev, Professor of Psychiatry at NYU Langone Medical Center. Shalev has worked for two decades on post-traumatic stress disorder, for many of those years in Israel. The interview has been edited slightly for clarity.

For the people directly involved in Paris, or people who know them, it’s clear that the attacks are traumatizing. But how does it work on people experiencing this at a distance – seeing the attacks on television, reading about them, hearing about them?

What we should be using as a measure is what we call emotional distance. It has to do with what you hear in the news and the media, and how relevant it is to you, and to what extent you identify. There’s not a general rule to that.

We know from 9/11 that the way media presented it was criticized, showing bodies falling from the Twin Towers. It was perceived as being traumatic enough to stir strong reactions, particularly in children. Enough that after a few days they stopped broadcasting [those images]. That’s my way of understanding the decision taken by the French media and supported by the authorities not to broadcast [images] that will be traumatizing to people.

Some forms of informing the public can be traumatizing, not on the scale of being there – but we’re best avoiding them. If the victims are people who belong to your social group, who you identify with, it’s one thing. Everyone makes his own emotional distance from traumatic events. Atrocities shortcut the emotional distance – they are universally perceived as something so incongruous that you keep thinking about it.

When you talk about emotional distance, you mean that people who go to see rock bands, who are musicians, might be closer to this, because of the location of one of the attacks.

Yes – but think about people who have been traumatized before, for whom this is a direct reminder of something that’s happened in the past. In Jerusalem, we had PTSD patients we’d been treating for years. We knew each time there was a terrorist attack that they’d come to the clinic: Everything is reactivated and they relive the original trauma. That’s a painful way of being reminded. That level of emotional distance would be very hard to take.

What’s the responsible way for the media to cover these things? The media needs to inform us. How should it handle images?

We’re used to the media using the emotional dimension to draw reader’s attention. In events such as this, the trend to over-express the emotion is a bit counterproductive.

What about visual images?

Visual images bypass the filters we have – one has to be very careful with them.

I’ve been looking at the U.S. media over the last two days. Most of them conveyed grief and sadness, which is okay, and fewer conveyed horror. On one hand, we’re attracted – we want to listen to the shooting, but we better be protected.

What’s the healthy way for an individual to engage with these tragedies? Does it make sense to have a news blackout – to stop paying attention?

You should remain in some control of your exposure. Many of my friends were telling me they could not stop watching, and then I found myself digging into websites, and on and on. At some point, you do more than is good for you when you cannot stop. It’s that moment when it becomes something you’re not control of – that’s the right time to stop.

We need to be informed; we’re information-seekers. It helps us cope with things, the most we know. But at some point it become redundant. When you start losing control of your curiosity is a good time to stop.

There’s a way of engaging children we do all the time as adults – we filter information for them. To an extent, kids will respond based on the way we present information. They know, because everyone knows. Just keeping silent, not saying anything, will not serve a purpose. What they learn from that is that you – the adults -- feel uncomfortable or afraid or unwilling for some reason. So they assume there’s something very dramatic.

The most important part is to be with them, tell them the factual truth. “Those are bad things happening, but there are good things – we are together here, we are safe here. I’m going to protect you.”

Telling things while also conveying a safety message is a good way to communicate. Another way is to listen to the kids – they know something, they’ll tell you what they know. Let them ask questions.

I always have my daughter initiate the conversation – I’m here to talk about it, but what do you think is happening? Rather than lecturing or reading a text someone else taught you. The good way to talk to a child is to listen, and then respond.