Islamophobia is surging in the days after the Paris attacks. Perhaps there's no better illustration than this video 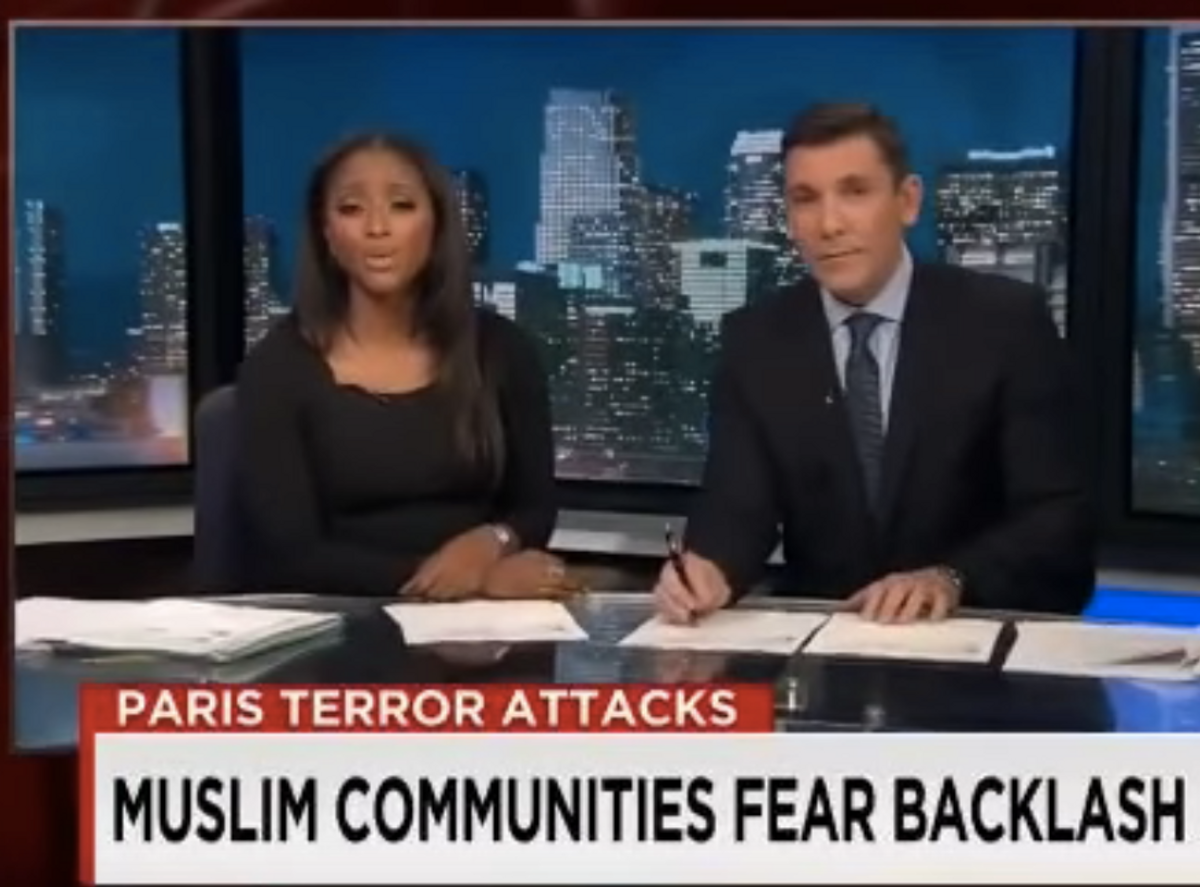 You can almost set your watch to it: In the days after a terrorist attack involving ISIS or some other extremist group, Islamophobic rhetoric and action will spike. We're living in a particularly toxic anti-Muslim climate these days, so it was not a huge surprise when, in the wake of the Paris attacks, Donald Trump called for mosques to be surveilled and Republican governors (along with the odd Democrat) began competing with each other to see who could try to bar Syrian refugees from their states the quickest.

Hopefully history will look about as kindly upon these people as it does the governors who resisted the spread of civil rights 60 years ago. Unfortunately for us, history hasn't gotten here just yet, but watching elected officials try to win the racism sweepstakes, you couldn't help but feel you were living through a moment that would be remembered—if not as a low point, then as a fresh symbol of the racism that is foundational to the American experience.

It's not just politicians disgracing themselves this way, though. A segment that aired on CNN this past Sunday was such a perfectly rotten emblem of the Islamophobia poisoning our discourse that it felt like another instantaneous historical document, a time capsule being created as it was happening.

In the segment, anchors John Vause and Isha Sesay demanded that Yasser Louati, a member of the Collective Against Islamophobia in France, tell them why French Muslims didn't do more to stop the attacks in Paris.

"Why is it that no one within the Muslim community there in France knew what these guys were up to?" Vause asked—a patently ludicrous question.

"The Muslim community has nothing to do with these guys," Louati replied. "Nothing. We cannot justify ourselves for the actions of someone who just claims to be Muslim."

"Surely someone beyond the seven guys who’ve been killed over the last 48 hours would have to have known something and that was probably within the Muslim community, but yet no one said anything," Vause said—again, as though the "Muslim community" all hang out together on one street corner in France.

When Louati pointed out that it was actually the government's job to catch criminals, Sesay took over, badgering him about why Muslims weren't taking more "responsibility" in stopping people like the Paris attackers. As the interview ended, Vause muttered, "I’ve yet to hear the condemnation from the Muslim community on this, but we’ll wait and see," seemingly forgetting that he'd just been talking to a Muslim who had condemned the attacks. "The word 'responsibility' comes to mind," he added.

The responses to this sort of thing can come to feel tedious. Nobody asks all Christians or Jews to account for their most extreme elements, people say. Nobody seems to remember all of the Muslims who are condemning these attacks, people point out. Everyone forgets that Muslims are the biggest victims of ISIS brutality, people note. Over and over and over again, and seemingly to no avail. That's how you know when a strain of bigotry has become incredibly deep-rooted: when seemingly intelligent people refuse to accept facts sitting in front of their eyes, thanks to a narrative they've swallowed without much thought.

The CNN anchors were almost comically misguided in their approach, but they are far too representative of a wider problem to be so easily dismissed. They are wallowing in the same sludge pile as all of those governors loudly proclaiming that they will close their doors to desperate Syrian refugees. If I could take a cue from CNN, maybe it's time we took some "responsibility" for having let this garbage take such a firm hold in our society.