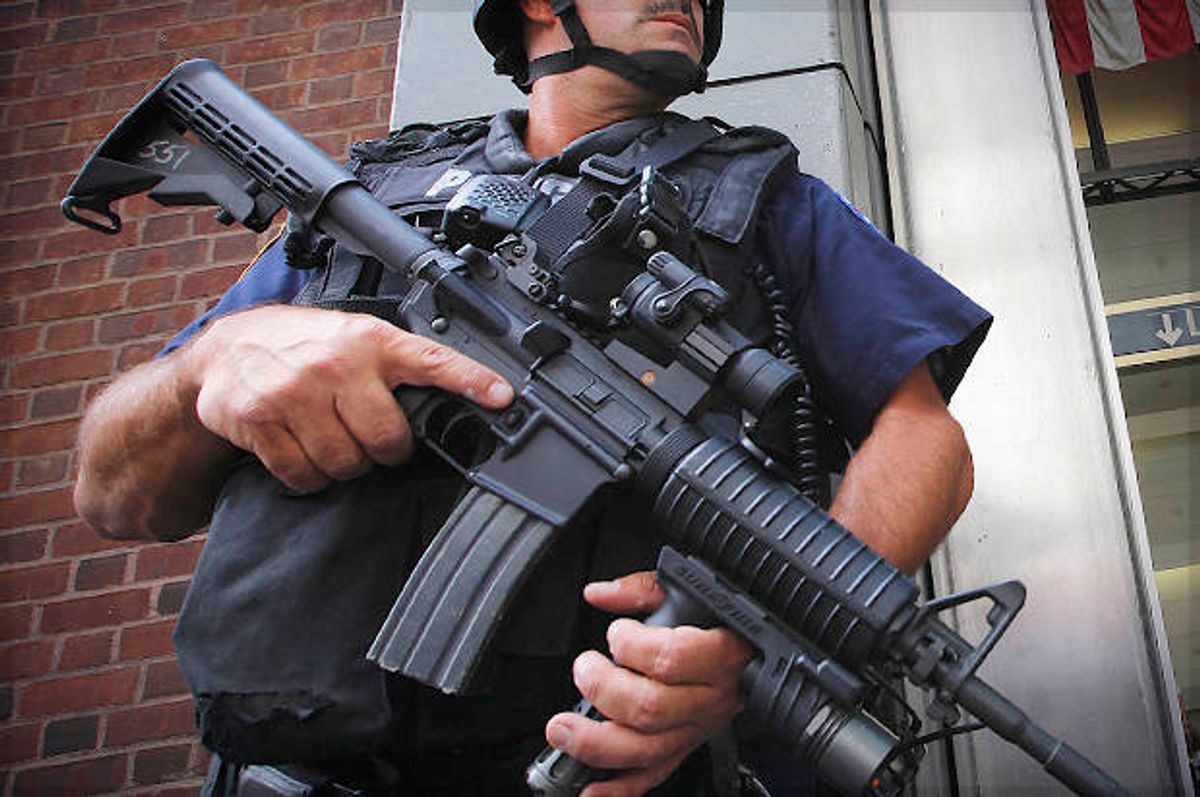 Fay Wells, a vice president of a strategy company in Santa Monica, California recounted, in her own words, what it's like to have one's neighbor summon the police because he suspects you're breaking in to what's actually your own apartment.

Included in the piece is the 911 call of her white neighbor, in which he identifies her as one of two Hispanic women who are accompanied by a Hispanic male with a bag full of "tools." The magnitude of his misreading of the basic situation is responsible, in part, for the Santa Monica Police Department's overreaction -- the man with the bag of "tools" is the locksmith, and Wells is one of the women, though it's unclear who the other one identified by the caller is.

"It...didn’t matter that I didn’t match the description of the person they were looking for -- my neighbor described me as Hispanic when he called 911," Wells wrote.

"What mattered was that I was a woman of color trying to get into her apartment -- in an almost entirely white apartment complex in a mostly white city -- and a white man who lived in another building called the cops because he’d never seen me before."

Wells also points out that not only was the SMPD's response inept in and of itself, but the manner in which it internally accounted for it apparently is too. She acquired the cards of two officers at the scene, but when a list of responding officers she'd requested arrived, neither of their names were on it. When the Washington Post requested that same list, it was told that 16 officers responded, but received a list with 17 names on it. Nor did that list match the one provided to Wells.

But Wells is more concerned with the basic incompetence demonstrated on the scene. "The SMPD sent 19 armed police officers who refused to answer my questions while violating my rights, privacy and sense of well-being," she wrote. "A wrong move, and I could have been shot."