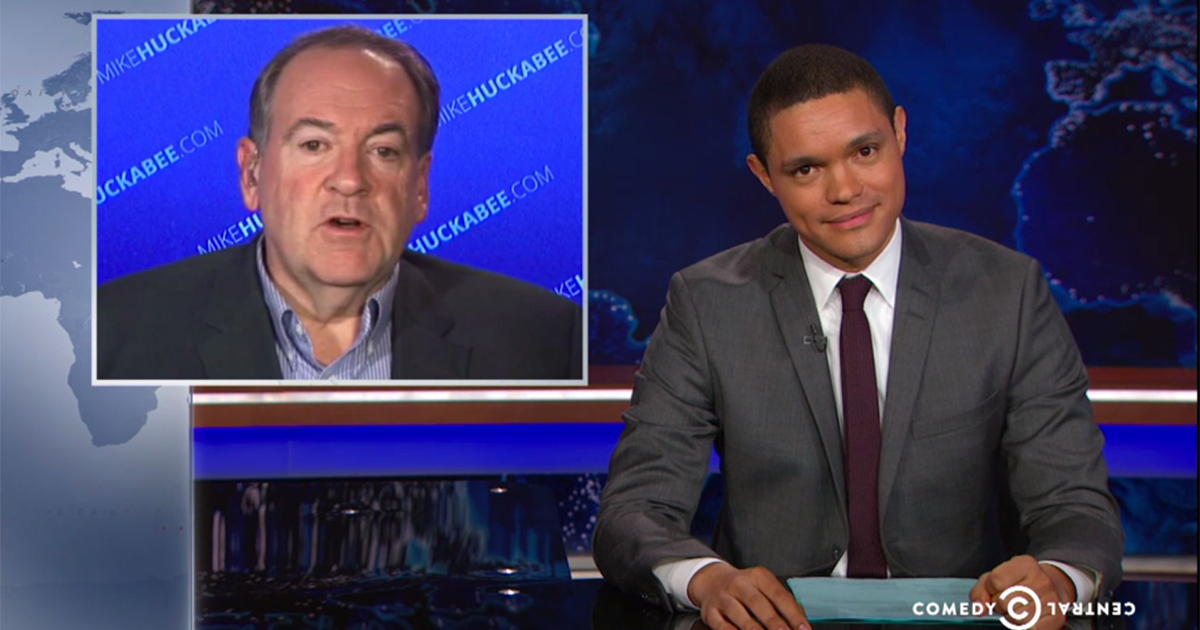 Mentally unbalanced Republican governors nationwide are losing their minds over Syrian refugees coming into the United States and then launching a terrorist attack. On Tuesday evening's "Daily Show," Trevor Noah walked through the "political stages of grief," which begin with using the Paris attack as an "excuse to say what you would have said anyway."

The first stage of grief for normal people is anger, which so many people have been experiencing since the attacks in Paris. People are angry and they're looking for anyone they can find to pinpoint their anger and blame. But, Noah says that not everyone is normal "and most of them are running for office."

Trump, for example, thinks the solution is just more guns. It's like saying "we're gonna dig our way out of this hole, with more holes," Noah said.

The second stage of political grief is "break out the Nazi comparisons." For that, we turn to Marco Rubio, who should know a lot about Nazis since he held a fundraiser at the home of a dude who collects Nazi memorabilia. Even Trey Gowdy was too freaked out to go to that! Rubio said this week that ignoring the phrase "Islamic extremist" is like avoiding calling people Nazis because some Germans might have been Nazis but weren't violent.

"Umm... that's not exactly the same thing," Noah replied. "You see, because Islam is a religion. It is open to violent interpretation and peaceful interpretation. Just how Christianity can encompass both The Spanish Inquisition and the little old lady in church who keeps talking to you about her cat's diabetes medicine..."

But the most "batshit crazy" of them all is former Arkansas Gov. Mike Huckabee who made a stupid and uneducated comment about falafel.

“Mike Huckabee makes a good point: can you imagine if people started coming to America from all over the world, bringing their different languages, cultures, and religions, mixing and changing the culture that’s already here until it becomes something totally new,” Noah said. “What kind of country would this be? But you know what, Mike Huckabee? I understand you — as someone whose family has been here for generations, as a Native American, you can say, I can see why this idea would frighten you.”