"They’re worried about three-year-old orphans," he said, "that doesn’t sound very tough to me" 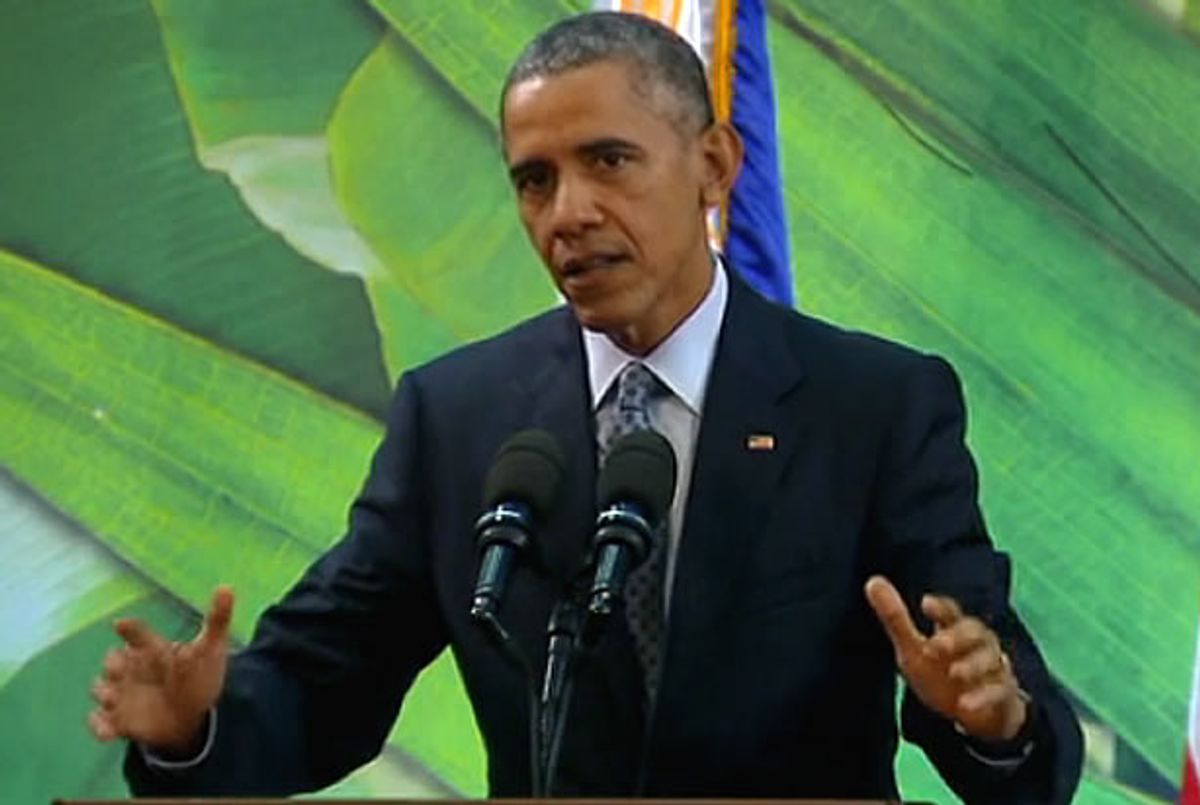 President Barack Obama again issued his support for allowing Syrian refugees into the United States, adding that conservative rhetoric about the dangers posed by "three-year-old orphans" -- he was likely referring to Chris Christie's remarks about preventing "five-year-old orphans" from entering the country -- is a "potent recruitment tool for ISIL."

"I cannot think of a more potent recruitment tool for ISIL than some of the rhetoric that’s been coming out of here during the course of this debate. ISIL seeks to exploit the idea that there is a war between Islam and the West," he said.

"When you start seeing individuals in positions of responsibility suggesting that Christians are more worthy of protection than Muslims are in a war-torn land, that feeds the ISIL narrative," the president continued. "It’s counterproductive, and it needs to stop."

"When candidates say, we wouldn't admit three-year-old orphans -- that’s political posturing. When individuals say that we should have a religious test and that only Christians -- proven Christians -- should be admitted -- that’s offensive and contrary to American values."

Obama noted that the country is "not well-served when, in response to a terrorist attack, we descend into fear and panic," the two emotions current GOP rhetoric is intended to inflame. He also argued that for a field of candidates that prides itself on its "toughness," this fear of widows and orphans is a little odd.

"These are the same folks oftentimes who suggest that they’re so tough that just talking to Putin or staring down ISIL, or using some additional rhetoric somehow is going to solve the problems out there," he said.

"But apparently, they’re scared of widows and orphans coming into the United States of America as part of our tradition of compassion. First, they were worried about the press being too tough on them during debates. Now they’re worried about three-year-old orphans. That doesn’t sound very tough to me."