With Iowa and New Hampshire around the corner, Colbert makes the audience say the two scariest words ever 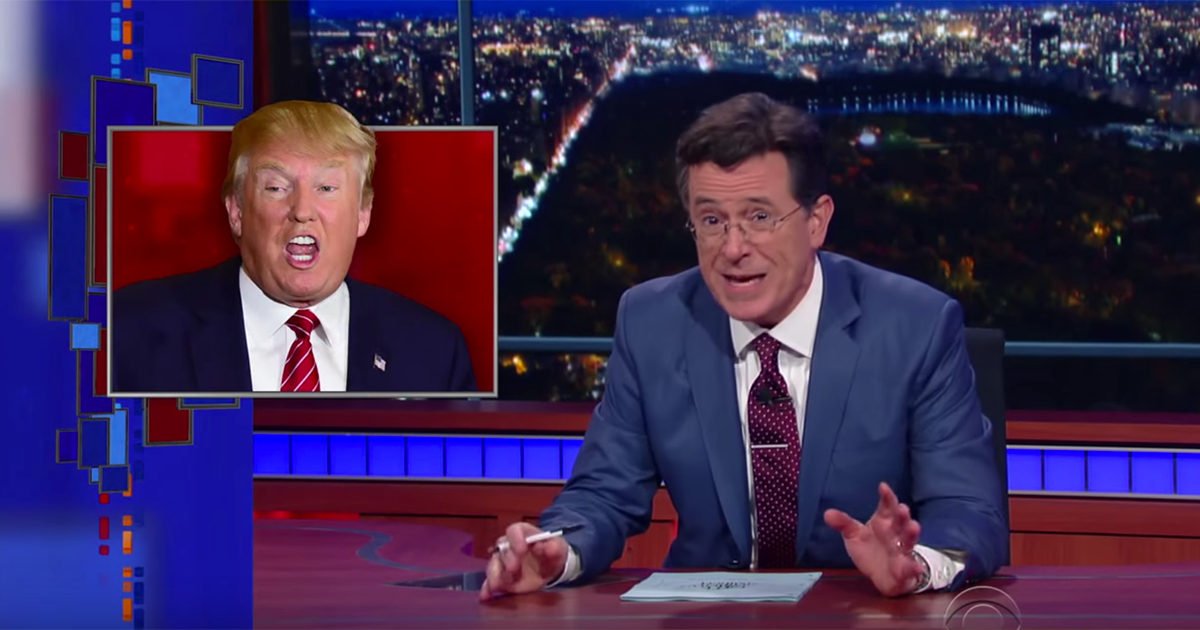 For the first time ever, Donald Trump has captured 42 percent of Republican primary voters according to the latest poll that Stephen Colbert quoted on Tuesday night's "Late Show." If that freaks you out, you're not alone. Colbert says that this has the Republican establishment shaking in their wingtips.

The staying power of Donald Trump and Ben Carson is not only surprising, bless their hearts, they never saw it coming. "Especially Trump!" Colbert said. "They thought for sure by now he would have left the campaign for a younger one."

Out of fear, Republicans are turning to a "very white knight." That's right, Mr. 47 percent himself, Mitt Romney. In the last several months, Romney has been interviewed by a few reporters who have asked him the probing question if he would consider running. He has been clear that it is somewhere between zero and nil. "So, there's a chance?" Colbert asked.

Romney better hurry, Colbert joked: We've got the holidays and then a week later the Iowa Caucus and a week after that the New Hampshire primary, so it's going to be here in the blink of an eye. "The blink of an eye!" Colbert exclaimed. "And Ben Carson is already half-way through that blink!" Colbert then felt around on the desk with his eyes closed before clapping them and shouting, "Wake up! Wake up! Wake up!" to audience laughter. "I don't know how he did surgery," he continued, giggling.

The problem is, Trump is in-self-destructible. "This is a guy who declared he was running for president then immediately followed it up with Mexicans are rapists and John McCain is a coward," Colbert said. "Nothing he says or does can turn off voters. His campaign slogan might as well be, 'Trump 2016: You're stupid and ugly.'"

So, Colbert is ready to help. There's no need for the GOP to panic over Trump as a candidate. "Instead of fighting this wave, learn to enjoy drowning," he said. "Just take a deep breath of water and say the words out loud: President Trump," then Colbert proceeded to gag on his own words. "Sorry, I threw up in my mouth there a little bit." So, to help him out a little, Colbert had the audience say it with him and then they all proceeded to gag too. "Now, was that so—" and then he gagged again.

You're not alone, Stephen. Check out the video below: