"This is obviously an unscientific poll," Charles Payne said, "but it was consistent throughout the day" 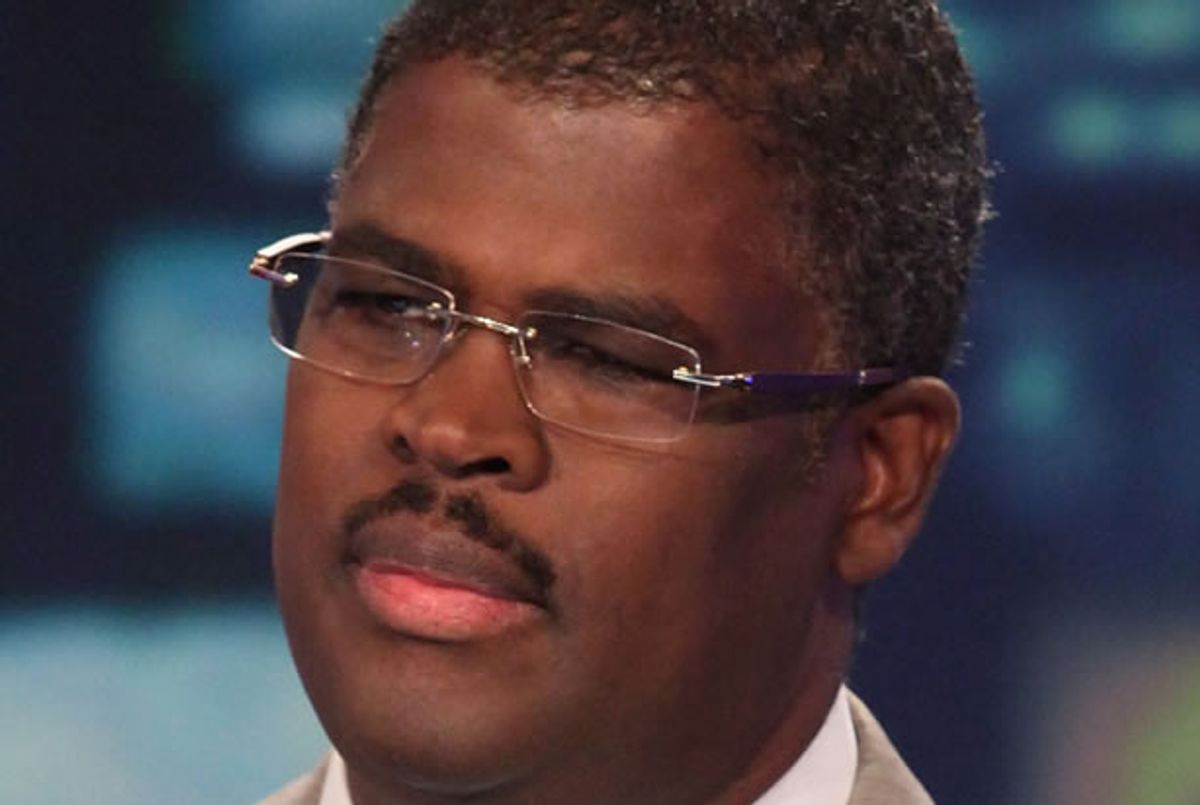 In a discussion about GOP hopeful Donald Trump's claim that that he would "strongly consider" closing mosques in the wake of the Paris terror attacks, Fox Business News host Charles Payne declared that most Americans don't believe that doing so would "gut our core values" -- and by "most Americans," he meant "people participating in an unscientific, informal Fox Business News poll."

Seldom is the creation of an echo chamber so blatant, although at first there was an attempt by the "Making Money" panelists to push back. The American Islamic Forum for Democracy's Zuhdi Jasser reminded his fellow panelists that the Supreme Court has said that as long as religious leaders aren't preaching open violence, they're free to preach what they please.

Bill Gavin, the former Assistant Director of the FBI in New York, agreed, saying that anyone who thinks mosques should be closed because they're mosques "really needs to re-read their Bill of Rights."

Gavin also noted that Trump "has this ability to throw out these catchy phrases that appeal to the visceral side of people," a point which Payne jumped all over.

"Visceral or not," he said, "it has touched something. Like I said, I was shocked at the -- and this is obviously an unscientific, informal poll, but it was consistent throughout the day."

It's unclear how Fox Business News viewers being consistently wrong helps Payne's argument, but he clearly believes it does, as he added that "people not only voted, but they gave me their reasons why -- and they just do not see a compatibility between the Islam that they know and America based on Christian-Judeo values."