"You’re bisexual, so you must want to sleep with me and my girlfriend": 5 of the dumbest things people say to bisexuals 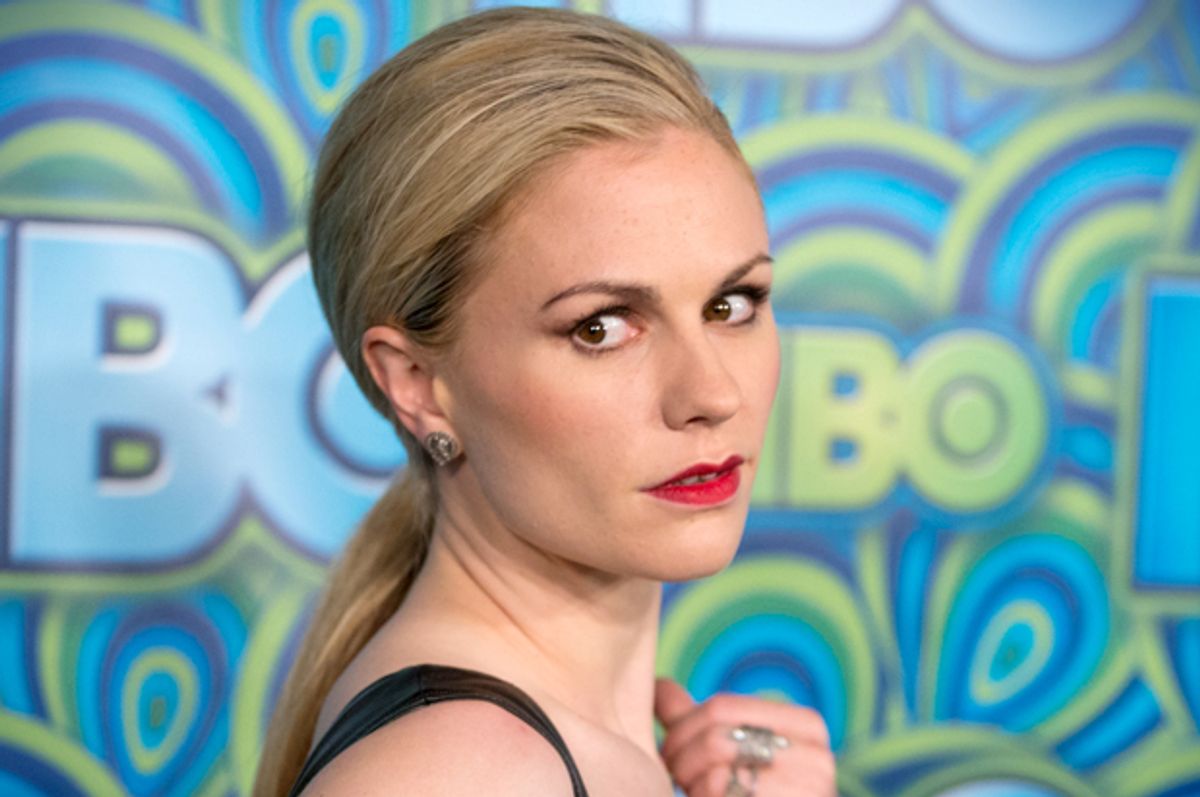 It's hard to be bisexual—or queer or pansexual or omnisexual or heteroflexible or whatever your preferred label or non-label-of-choice might be. It's hard because of invisibility and discrimination and stereotypes and stigma, and though I can’t totally prove it, I suspect Anne Heche has something to do with it.

It’s hard to be bisexual because it’s an orientation that resists categorization, and so is rife for misunderstanding. It’s hard because, to put it in terms we can all relate to, “I want the buffet” is confusing to those whose menu says only “fish tacos.” The following guide is here to help by fielding some of the common questions, misconceptions and comments bisexuals have to deal with as we go about our days trying to come up with a hairstyle that the Every Bisexual in the World Committee can agree on and refusing to acknowledge the existence of Tila Tequila. Read on to find out what to say and not to say to bisexuals in your life.

This is possibly the most common question after “Do you want to have sex with me and my girlfriend” (which we will get to later). It implies that if a bisexual is in a monogamous relationship, she can never be happy because nothing can fill the penis-shaped hole in her heart, except a penis, of course. Your penis.

While it’s not the most socially gauche question to ask (I have, in fact, been guilty of asking it in the past), it assumes that the bisexual in question is a kind of voracious sexual pirate who can never be satisfied by one person (or one gender). Plus, even if the person does miss his GPOC (gender preference of choice), why bring it up and rub his face in all the vagina he won’t be enjoying? That’s like waving a Snickers bar in front of a diabetic.

2. You can’t be bisexual because you’re in a monogamous relationship.

The above is a sentiment posed by Larry King to out bisexual Anna Paquin who is married to a dreamy (male) vampire. Actually her response was amazing so I’m going to include the whole thing:

Larry King: "Are you a non-practicing bisexual?"

Anna Paquin: "Well, I am married to my husband and we are happily monogamously married."

King: "But you were bisexual?"

Paquin: "No. Are you still straight if you are with somebody—if you were to break up with them or if they were to die, it doesn’t prevent your sexuality from existing. It doesn’t really work like that."

You tell ‘em, Sookie! Though sexuality is not always 100 percent set in stone (especially for woman), our sexual desires and proclivities don’t up and vanish when we get into a relationship. Monogamy and sexual orientation aren’t mutually exclusive. Just as you can identify as straight even if you’ve never kissed another person, you can be bisexual even if you’re only banging one person.

3. You’re bisexual, so you must want to sleep with me and my girlfriend.

4. I don’t trust bisexuals because one time a bisexual hurt my feelings and for that I am taking this grudge to the grave against all who wear the mark of the scarlet B.

If a ginger broke your heart would you swear off all gingers? What about a Volvo owner? Or someone with a propensity for wearing garish sweater vests? If we’re swearing people off, might as well go whole hog, you know? Because otherwise, you just look petty.

I understand, though, I do. Some not-nice people also happen to be bisexual. Bisexuals have been known, once or twice throughout history, to break up with someone or hurt a feeling or two. But these are generic human attributes and should not reflect poorly on bisexuals at large. As Martin Luther King Jr. once said, judge people not by their Doc Martens and carefully messed-up hair, but by the content of their character.

One of the biggest grievances among bisexuals is that no one believes us when we say we are bisexual. Not only that, some people will actively argue with us about it, which would be considered insane in literally any other context. Witness:

“No, you’re not. You’re wearing a Michigan sweatshirt, so obviously you’re full of crap.”

“I went to college in Michigan.”

“Yeah right. Who do you think you’re kidding?”

“I don’t think so. You just haven’t met the right ham sandwich yet.”

“Okay, whatever. Enjoy your phase.”

Even if the person telling you about his bisexuality is young and inexperienced and might decide in a few years that he is, in fact, gay or straight, disavowing someone’s identity is not doing them any favors, and might actively be harmful to their self-esteem and mental health later on. As a 2012 study illustrated, bisexuals are prone to higher rates of depression, anxiety, self-harm, and suicide, all of which are byproducts (pardon the pun) of biphobia.

When a bisexual comes out to you, listen to her, accept her reality and experiences as valid, and move on. This isn’t an incredibly boring version of Mythbusters. It’s someone’s life.