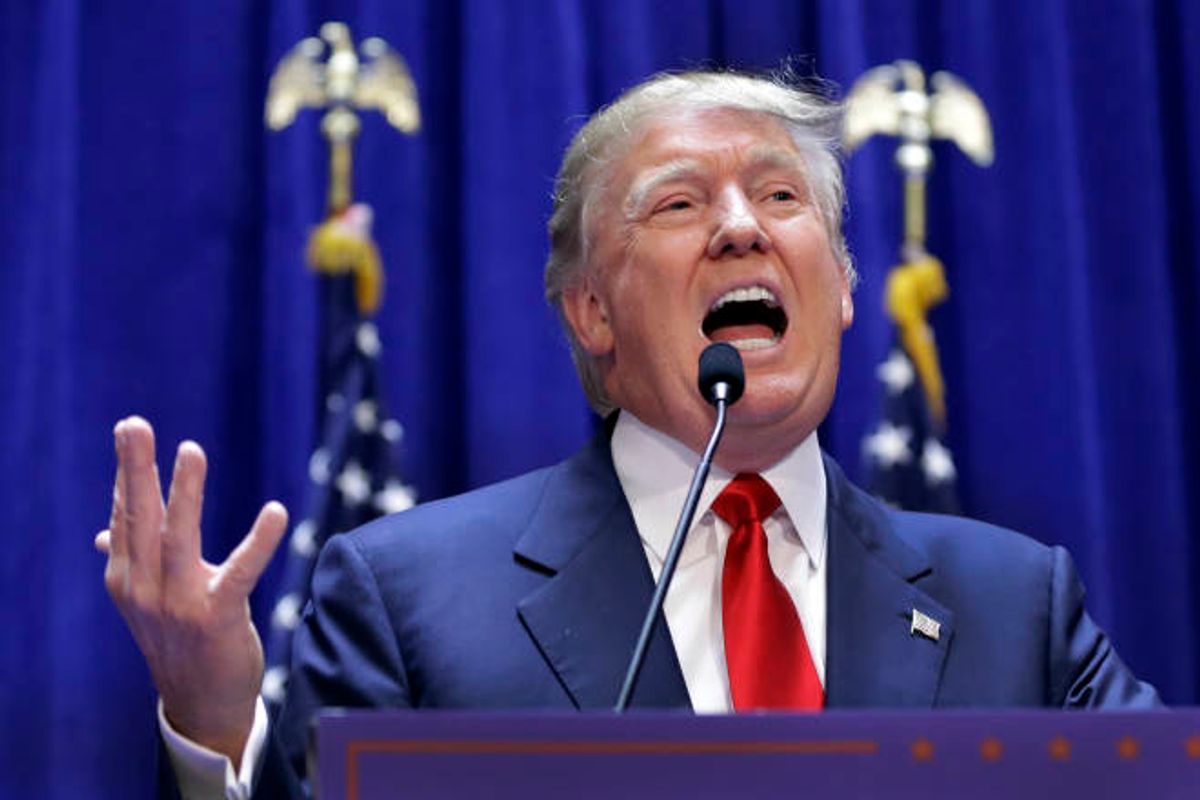 The past few days have not been American politics’ finest moment.

Yes, the outpouring of sympathy and grief inspired by the recent terrorist attack in Paris has been touching. And despite how odd it might be to hear a bunch of ultra-conservative, anti-labor types declaring solidarity, it’s nice to see Americans put the xenophobia that’s defined the politics of 2015 on pause and at least pretend to care about other people. That’s all been good.

But we Americans would be kidding ourselves if we pretended that those humanitarian sentiments have defined our reaction to Paris. They haven’t. On the contrary, the loudest voices in America, the ones that the rest of the world is most likely to hear first, have demanded that the country respond to the massacres exactly how ISIS wants — with terror, rage and a kind of paranoid tribalism that I like to call lizard-brained.

Perhaps fittingly, given how embarrassing this behavior is already, the targets of this spasm of irrational meanness and cruelty have been arguably the weakest, most helpless people on the planet: Syria’s refugees. As President Obama (who has performed admirably throughout this spectacle) noted Tuesday, the folks that many Americans want to punish for the evil of ISIS are not only themselves victims of the terrorists. They are “widows and orphans.”

Ultimately, treating Syria’s refugees with at least a scintilla of compassion (which is all the White House is urging; the bare minimum) is about our being decent human beings. But it’s hard to get much traction in American politics by promoting basic human decency. A more reliable route to the same destination is to adopt the language of Americanness. So instead of saying this is about who we are as people, you’re better off arguing that it’s about who we are as Americans.

That’s why we’re now hearing that language from pro-refugee politicians. Not only from Obama, but from presidential candidate Hillary Rodham Clinton and New York Gov. Andrew Cuomo, too (neither of whom is associated with political bravery). Clinton has said that welcoming those who are both harmless and desperate is “who we are as Americans.” Cuomo, for his part, has said that turning our backs on these people would put us at risk of “los[ing] our soul as America.”

All of which is a roundabout way of saying that I don’t agree with Kevin Drum, the venerable and prolific Mother Jones blogger who warned his fellow liberals Tuesday that they shouldn’t dismiss refugee fear-mongering so breezily. Drum, to his credit, isn’t making an argument against accepting more refugees. He’s making an argument about the politics of deriding the scapegoating of refugees. He writes:

[T]o the average person, it seems perfectly reasonable to be suspicious of admitting Syrian refugees to the country … Mocking Republicans over this…seems absurdly out of touch to a lot of people. Not just wingnut tea partiers, either, but plenty of ordinary centrists too … The liberal response to this should be far more measured … In general, we should act like this is a legitimate thing to be concerned about and then work from there.

To close, Drum writes that it “doesn’t matter” whether these fears are well-founded or the product of bigotry because “[o]rdinary people see the refugees as a common sense thing to be concerned about.” If liberals don’t treat that concern with kid gloves, Drum warns, they will confirm “all the worst stereotypes about liberals” — namely, “that we put political correctness ahead of national security.” The result will be “electoral disaster.”

Let’s table the ickiness of approaching this episode from such a Machiavellian perspective. It’s gross, definitely; but it’s not like what Drum’s talking about here isn’t real or doesn’t matter. Before politicians can do the right thing, they have to win an election. It is, unfortunately, as simple as that. So I’m not going to chide Drum for bringing this up — even if his evidence (snarky tweets) is not quite unimpeachable.

Even if we stick with the realpolitik approach, though, I think Drum’s advice comes up short. There’s obviously nothing to be gained from mocking any voter’s concerns; you can’t neg your way into office. But criticizing a knee-jerk refusal to accept refugees because they are Muslim — and because ISIS claims to be Muslim, though this is a major point of contention — harshly, if necessary, is not mockery. And it need not confirm stereotypes of liberals’ effete cosmopolitanism, either.

Strongly pushing back on this mob mentality should instead be understood as a part of the larger battle over the meaning of “Americanness” that currently roils U.S. politics. Because the mentality that treats the welcoming of nonwhite, non-Christian refugees to American soil as a sign of decadence is the same mentality that regards Barack Obama’s patriotism as inherently suspect. It is the logic of those for whom the phrase “real Americans” makes intuitive sense. It is an ideological position.

What’s more, it’s an ideological position, and an understanding of Americanness, that Democrats cannot afford to let stand unchallenged. Not just for moral reasons, though those motivations are profound; but for political ones as well. Under Barack Obama, the Democratic Party has accelerated its long-term trajectory toward becoming the country’s first truly multicultural and cosmopolitan major party. That’s done; that ship has sailed (just ask Jim Webb).

If they don’t, if they decide instead to follow the example of New Hampshire Gov. Maggie Hassan, then that old cliché from critics — that the Democratic Party doesn’t really stand for anything — will be truer than ever. The Democratic Party has gone all-in with a mix of neoliberalism and multiculturalism. And just as a party full of condescending elites is headed for electoral disaster, so too is one that will fight to make people buy health insurance but is unwilling to take a stand for basic human rights.