They're back! After Paris, right-wing pundits embrace Obama as secret-Muslim-destroying-the-country theories, again 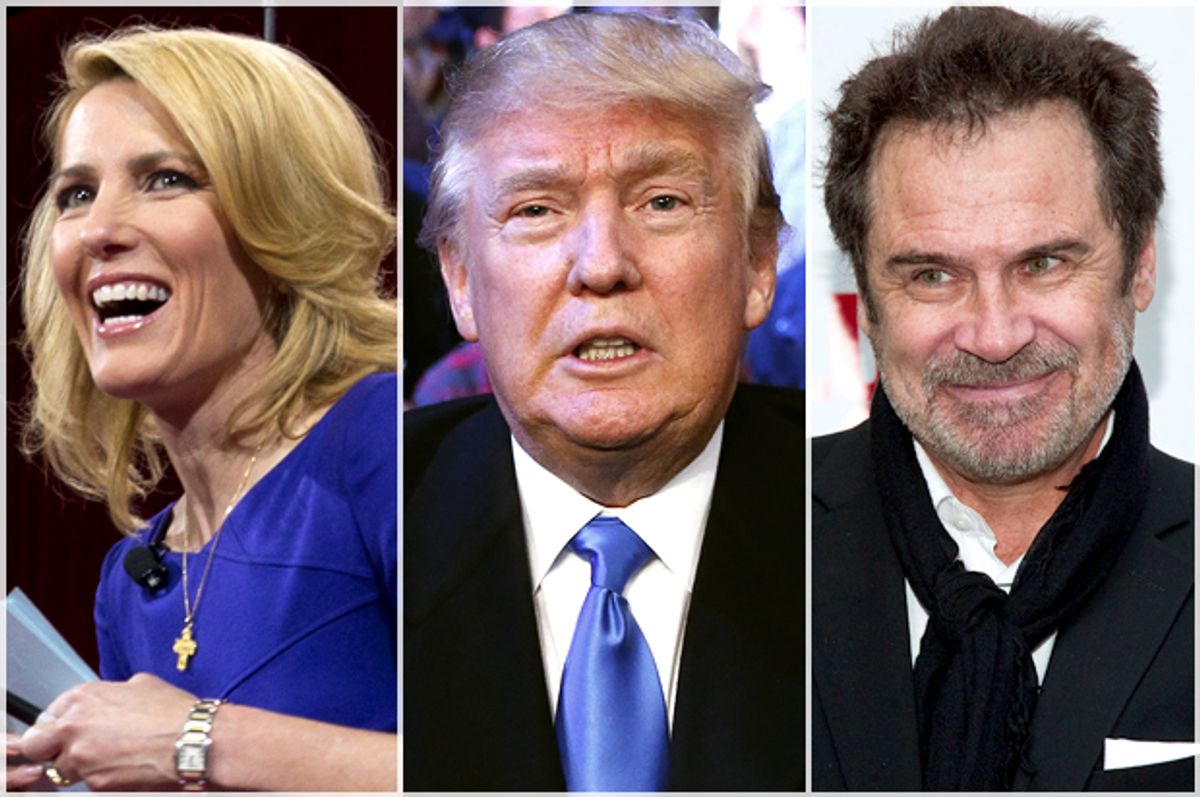 Most conspiracy theories rarely die, so much as slumber, ready to be woken fresh anew when political or social circumstances arouse the paranoid. So it is with birtherism, the theory that holds that President Obama is lying about his native-born citizenship. Or that he's secretly Muslim and just pretending to be Christian. Or maybe he's not actually Muslim, but still secretly has a big, loving heart for terrorist organizations pushing radical Islamic ideas. Or some combination of the above. Conspiracy theories work like that, with many branches and offshoots and every theorist combining the disparate ideas into their own puzzle of how it all works.

But while birtherism is a complex beast, all theories have in common two elements: Obama has a secret identity. This gives him the desire to destroy the United States from the inside, usually so it can fall into the hands of whatever group, real or imaginary, the conspiracy theorists fears most -- anarchists, ISIS, Jeremiah Wright, Saul Alinsky. While most mainstream conservatives know they aren't supposed to be out-and-out birthers in the public square, where people will laugh at them and ask if they also believe in lizard people, the attacks in Paris have created a surge of right-wing pundits winking at the birthers in their audience, indulging the widespread conservative paranoia that Obama is secretly out to get them.

In 2015, the typical birther move is to push some variation on this line: "I'm not saying he's a secret Muslim born in Kenya for the purpose of installing him in government for a radical Islamic takeover, but...[imply that's exactly what he is]."

Dennis Miller on Fox News Wednesday: "Listen, I think it's fair to say at this point, you know, people always let him off the hook when they say he was born somewhere else or think he's a Muslim. I'm not saying any of that, but it is entirely fair to say he has Islamic sympathies." Bonus points, Dennis, for implying that the birther theories are concocted by liberals trying to cover for him. Adds a nice extra layer of paranoia to the proceedings.

Kimberly Guilfoyle on Fox News on Wednesday: "Literally it's so disconcerting to me, Greg, that we have a president that is really, not only not rising up to the Winston Churchill moment, but he's really almost helping the other side because he's not doing anything to help our team." Could it be that he's Satan?! Nah, just a secret Muslim who wants ISIS to execute a global takeover, wink wink.

Ben Stein on Newsmax on Tuesday: "“I think the question is why is he so angry at America? I don’t think there’s much question that he does not wish America well. He has a real strong hatred of America. Is it because he’s part black? I don’t know. Is it because his father was mistreated by the British in Kenya? I don’t know.” Implying that black=Muslim=fundamentalist Muslim=supporter of terrorism is a common conflation in birtherism. The rule of thumb is that if you're not a white Christian, you're probably working for ISIS.

Ralph Peters on Fox News on Wednesday: "I'm waiting for this president to call Eric Holder out of retirement to lead a new movement, jihadi lives matter."

Jim Garlow of WorldNetDaily Tuesday: "I have never beat the “Obama’s a Muslim” drum, and I won’t now. But the evidence is overwhelming that he cares little for authentic Christians, while doing everything he can to affirm Islam and to coddle Muslims – violent or peaceful."

Donald Trump on Laura Ingraham's show Tuesday: “They send them to the Republicans, not to the Democrats, you know because they know the problem … why would we want to bother the Democrats?” Clearly, all those families are just sleeper cells for Obama's secret plan to take over the country.

Lots of people just saying out there these days. It's a mode of communicating conspiracy theories that has a couple of major benefits. First, it allows the conspiracy theorist to perpetuate the theory without coming right out and saying it, giving them a blanket of plausible deniability when they're called out for it (which will likely happen in response to this article).

Second of all, it perpetuates the idea that conservatives in this country are oppressed, that they are so unable to speak freely that they have to communicate their ideas in coded ways. It's a paranoia twofer! The world is clearly out to get you guys, so better stay home and mainline more Fox News.

Arguing against this viewpoint is probably a waste of time. As the saying goes, you can't reason people out of a belief they didn't reason themselves into.

Still, it pays to be mindful of the spread of birtherism and the way it surges in times of stress like this. The belief that a certain subset of people with secret agendas have lied and flattered their way into power so they can destroy the nation from the inside is a common, recurring feature of right wing politics. It cropped up during the Clinton administration, when right wing radicals in the U.S. formed "militias", arguing that Clinton was a secret something (it was never quite clear) and he was, with his black helicopters, going to take over the country by force one day. It fueled the McCarthy era and the hunt for secret communists. It's fueling the anti-refugee sentiment, as refugees are accused of sneaking ISIS terrorists in their midst, because going through a two year screening process is a well-known and efficient way to do that, instead of tapping the existing ISIS sympathizers living in the U.S. (who are mostly trying to get to Syria). It's the basis of the homophobic theory that gays are trying to "recruit" your kids. At its most extreme, it created the "stabbed in the back" theory in Nazi Germany that held that Jews secretly subverted the World War I effort, causing Germany to lose the war.

This is just more of the same. Hushed, paranoid theories of secret subversion are never really about protecting the nation, but about scoring political points and drumming up bigotry. There's a crass opportunism to all of this, as these folks clearly are more worried about scoring political points against Obama than about talking about the best methods for fighting ISIS.