If Carson's gifted hands aren't enough to trace a U.S. map, "Did his patents wake up with an ear on their foot?" 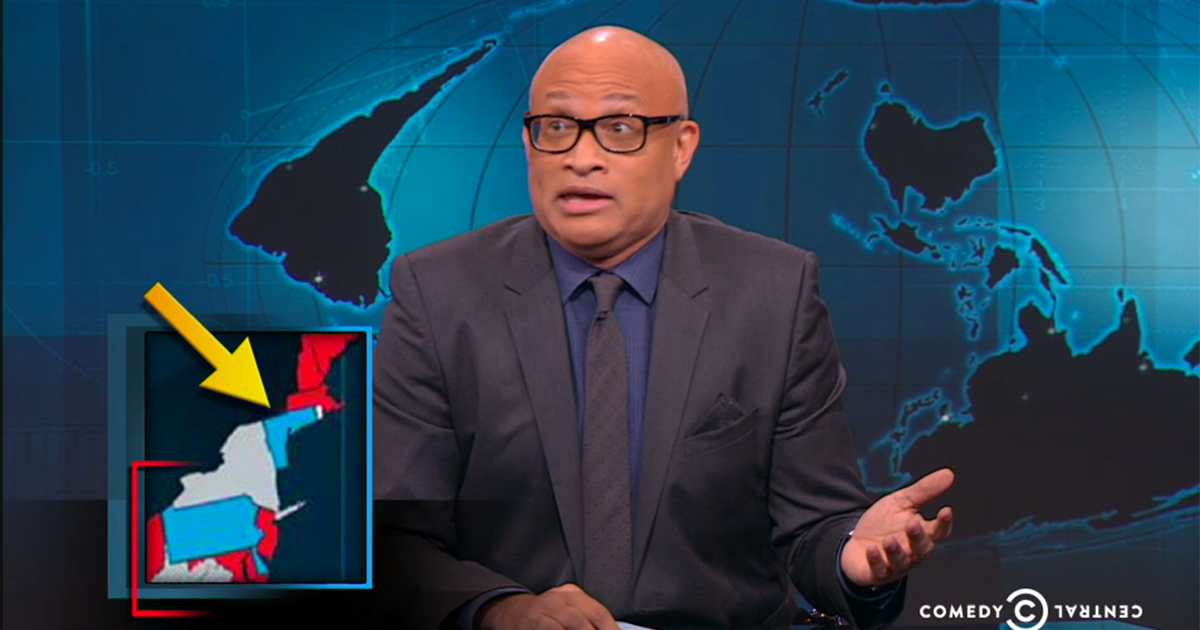 Ben Carson may lack the foreign policy chops to locate Syria on a map, but according to the Washington Post, he's having the same trouble with Massachusetts. Check out this map, see anything weird? Here it is zoomed in:

"Since when is Vermont south of Massachusetts and shaped like a handgun?" Wilmore asked. "Or is it just 'Gunselvania?' And Maine and New Hampshire must have been sold to Canada, because that's where they are right now. What the fuck, man?!"

"Seriously, look how off it is compared to an actual map," Wilmore laughed. "How does this even happen, you guys?! You don't have to draw it freehand, Dr. Carson. You could have just traced one! You've got 'gifted hands.'"

Wilmore then asked about Carson's attention to detail as a surgeon, "did his patents wake up with an ear on their foot? Because, if I walked into the office of a brain surgeon and saw a map like that on the wall, I'd be like 'yeah... I think I'll take my chances with the brain tumor.'"

But that's not the only thing askew in the Carson campaign. Check out the video below: