Lt. Col. Ralph Peters said Obama is "convinced everybody in the Middle East is oppressed and has a case" against US 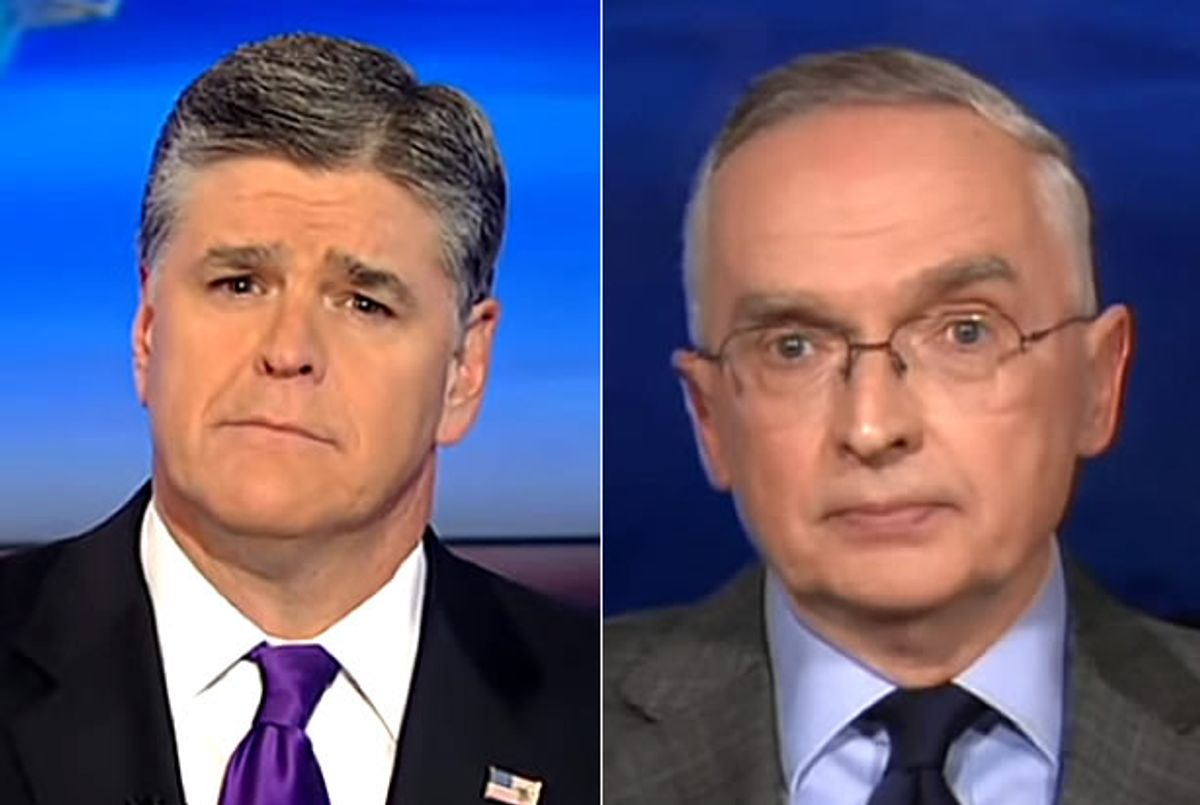 According to Peters, the administration's desire to allow 10,000 Syrian refugees into the country is just another attempt by the Democratic Party to "socially engineer a new America" -- an argument that's usually reserved for discussions of giving citizenship status to undocumented immigrants, but which apparently is now all-purpose.

He and Hannity discussed, at some length, "the potential for ISIS to infiltrate the refugee community," meaning that they are not simply concerned with the refugees themselves, but with their "potential" ability to harbor terrorists, wittingly or no. (Those responsible for the Paris attacks were, it bears noting, apparently all European nationals.) "Why would [President Obama] gamble with the lives of Americans and take that risk?" Hannity asked.

"Because Obama comes from a hard-left background," Peters replied, "and so, on some level, he's convinced that the terrorists and everybody in the Middle East are oppressed, and they do have a case."

"I’m waiting for this president to call up Eric Holder from retirement to lead a new movement: Jihadi Lives Matter," he added. "This guy clearly doesn’t get the fact that we’re not the problem. Islamic State, Al Qaeda, the jihadis, Islamic fundamentalism -- that is the problem." The "Jihadi Lives Matter" joke -- inasmuch as it is one -- is deeply offensive on a number of levels, not the least of which is that it indicates just how illegitimate Peters believes the complaints of the African-American community are.

It should be noted that Fox News' "expert" here isn't a General with combat experience in the Middle East, but a Lieutenant Colonel who retired in 1998 -- well before the modern jihadi movement started -- and who never saw combat while serving in Cold War Germany.