Those "political stages of grief"? Fox News is in their thrall 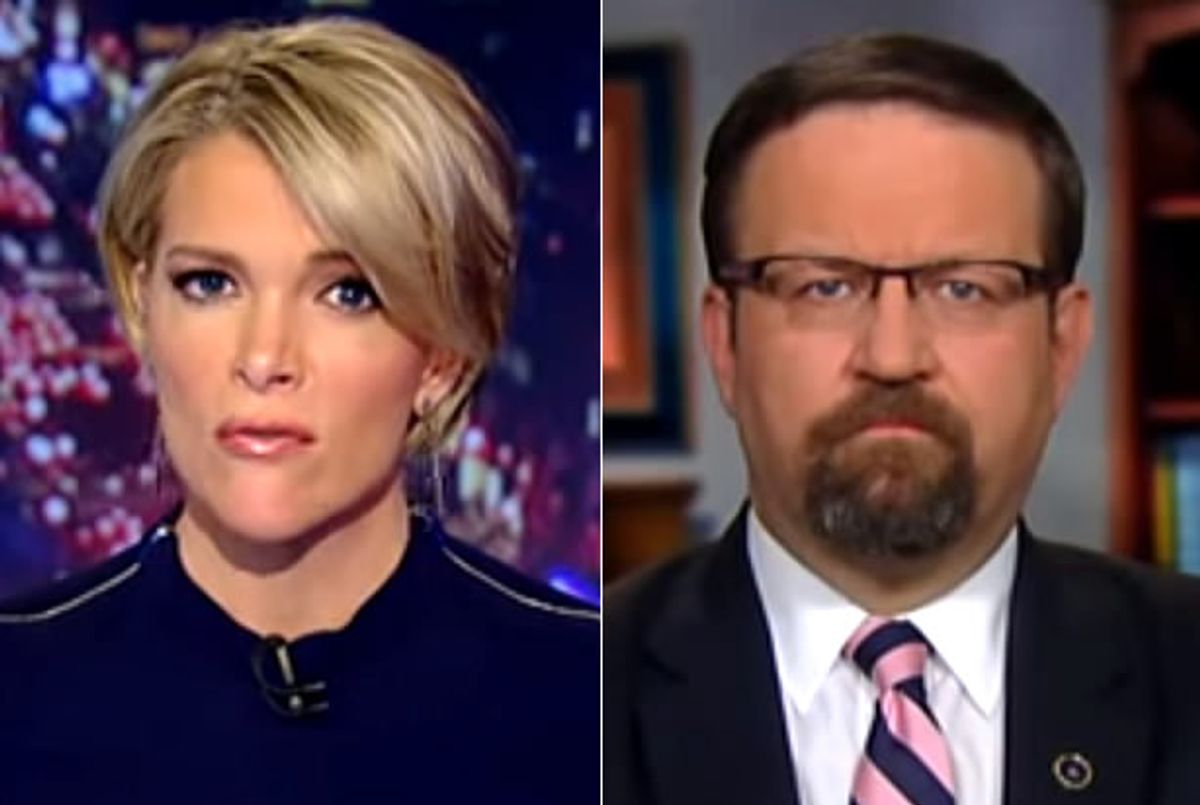 On Tuesday night's edition of "The Daily Show," host Trevor Noah noted that the first stage of grief for a politician requires that one "say what you would have said anyway," and as it's almost as if the producers of "The Kelly File" were taking notes, because last night Dr. Sebastian Gorka appeared on the program to urge Americans to buy more guns.

If it seems impossible to imagine a violent scenario in which the conservative response doesn't entail purchasing more firearms, that's because unless your skin's the wrong color or you follow the wrong faith, there isn't one.

"Your position right now," Kelly began, "is that Paris is just the beginning and that we need to rely on ourselves. What do you mean by that?"

"The message is very clear," he replied. "The jihad is real, the jihad is global, and they want to bring it to the shores of America." As proof, he offers statistics which will be -- but as of this moment, have not yet been -- published in a NY Post article demonstrating that 30 percent of the people arrested in the United States for having ties to ISIS "have no intention of going overseas to fight."

Because of this, Americans can't afford to "wait for Uncle Sam to protect you -- every American has a duty and responsibility to be aware of the threat and be prepared to protect themselves."

"What does that mean?" Kelly asked. "There's no reasoning with these people." She added that when news of the hostage situation in Paris broke on Friday night, they attempted to book a hostage negotiator to discuss it, but "of course, that was ridiculous, there's no negotiating with these people. So how are Americans supposed to protect themselves?"

Gorka's answer -- shockingly -- was that "you need to be tactically aware -- if you're in a state or municipality that allows you to carry a weapon, you should get training and do so."