"Another Paris is taking place in America this very day": Republicans don't care about dozens killed daily by guns

They'd ban families fleeing chaos, brutality. They're fine with assault weapons for everyone, even on no-fly lists 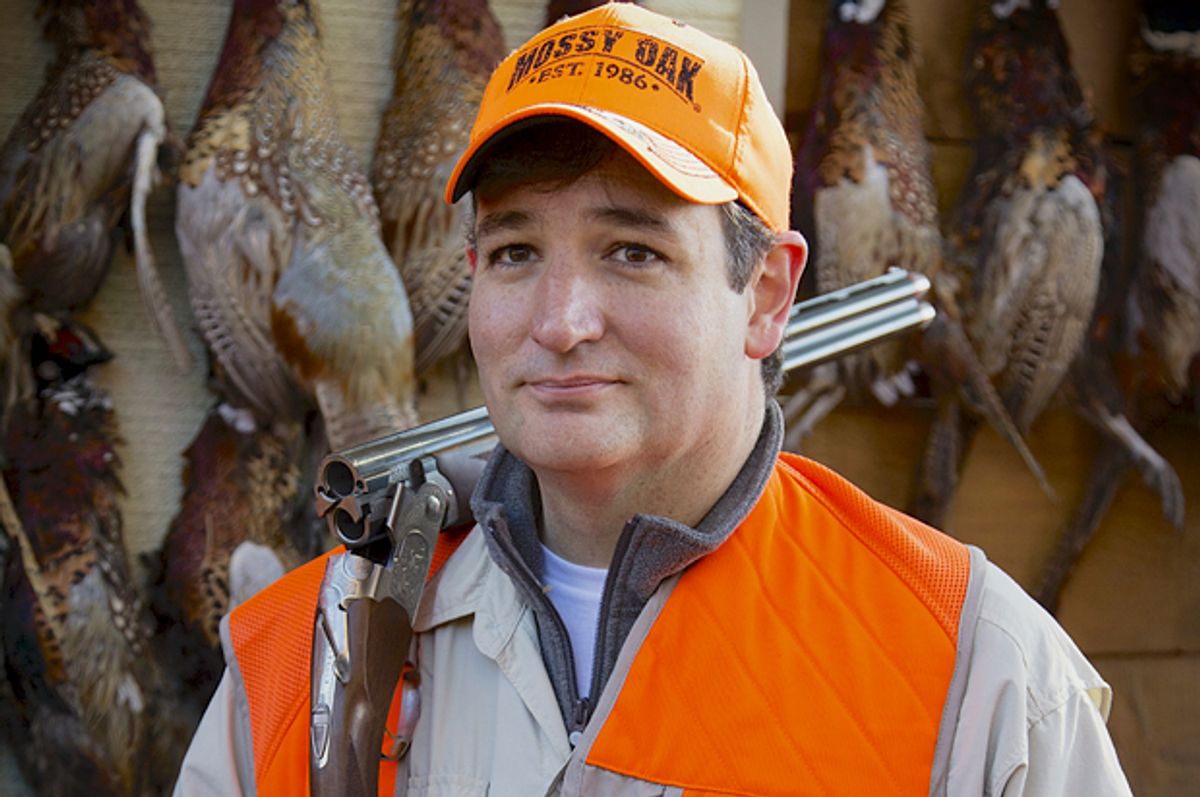 The Republican Party is rallying around the claim that it’s simply too dangerous to let any Syrian refugees into the United States, even though ISIS is slaughtering thousands of non-combatants in those parts of the country it controls.

Desperate refugees are risking and often losing their lives as they flee the area. Since this heart-rending photo of a small child who drowned in the Mediterranean made international headlines, many more children have perished in the chaos as their families try to escape the almost indescribable brutality of people who literally want to return their part of the world to the seventh century.

The Republican response to one of the great moral crises of our time is: too bad. Apparently, no number of innocent (non-American) victims is too high of a price to pay to avoid even the tiniest increase in the already infinitesimal risk that any particular American will suffer harm at the hands of ISIS.

Texas governor Greg Abbott’s attitude is typical. He points out that no “federal official can guarantee that Syrian refugees will not be part of any terroristic activities. As such, opening our door to this irresponsibility exposes our fellow Americans to unacceptable peril.”

Any Syrian candidates for refugee status will be subjected to the most extensive background checks before they are allowed into the country, which means smuggling even one ISIS agent into the US via this route would be both extremely difficult and wildly inefficient. Thus, for the GOP, “unacceptable peril” appears to mean literally any potential increase to an already-tiny risk.

Compare this attitude to the stance these same politicians take toward things that, unlike letting a few thousand Syrian refugees into the country after stringent security checks, actually do pose a significant risk of violent death to their constituents.

It’s a grim statistical fact that a Paris-style massacre takes place in America on every single day of the year. It doesn’t happen in one city, or with TV cameras nearby, but on an average day nearly 100 Americans are killed by guns.

Let me repeat this for clarity’s sake: Republicans are willing to let an apparently unlimited number of children drown to avoid the minuscule risk that letting a few of them and their parents into this country might conceivably lead to “another Paris,” when in fact another Paris is taking place in America this very day, and another will happen tomorrow, and another the day after that, into perpetuity.

And what do the leaders of the GOP propose to do about our daily Paris-level gun massacre? The answer, perversely enough, is the same one they give to the refugee crisis: Absolutely nothing. Indeed, it’s practically an article of faith for Republican politicians that any effort, no matter how modest, to decrease the number of Americans getting slaughtered by guns on every single day of the year is too much.

According to this peculiar moral calculus, it is better, on the one hand, to let a thousand, or ten thousand, or one hundred thousand innocent refugees die horrible deaths, than to take the risk that one American might conceivably be harmed as a consequence of engaging in the slightest gesture of humanity toward the desperate victims of ISIS. On the other, it’s also better to let another Paris happen, right here in America, on this day and every other day, than it is to try to do anything to save the life of even one of the many dozens of Americans who will be killed on this very day by gun violence.

People who can believe both of these things at the same time are not going to be troubled by any level of cognitive dissonance. Apparently, another name for this state of mind is “the contemporary Republican party.”