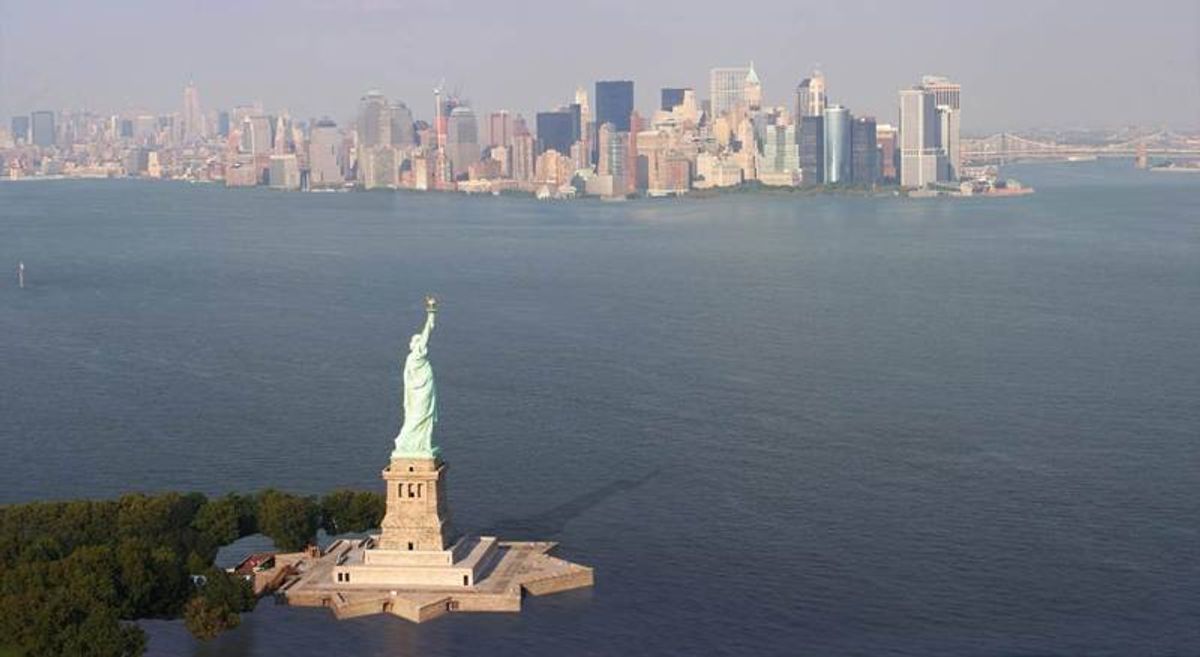 CNN's global affairs correspondent was suspended for two weeks after she tweeted that Thursday's House vote to severely restrict the relocation of Syrian refugees to the United States was an affront to the ideals of Lady Liberty -- a tweet she was subsequently forced to apologize for.

Elise Labott reported on Thursday's vote in the House of Representatives, writing "House passes bill that could limit Syrian refugees. Statue of Liberty bows head in anguish," and linking to a CNN article written by Deirdre Walsh and Ted Barrett. The Republican-led House passed the bill over President Obama's veto threats by a 289-137 margin:

Labott's post attracted a lot of attention and some criticism, including from the Washington Post's Erik Wemple who noted that Labott is "CNN’s global affairs correspondent and not a commentator, meaning that she’s bound to comply with the CNN neutrality principle/sham."

CNN has a strict social media policy for its reporters: “If you publicly declare your preference for issues or candidates or one side or the other of the public policy issues CNN reports on, then your ability to be viewed as objective is compromised."

Labott, who has been with the network since 2000, has since apologized for "editorializing":