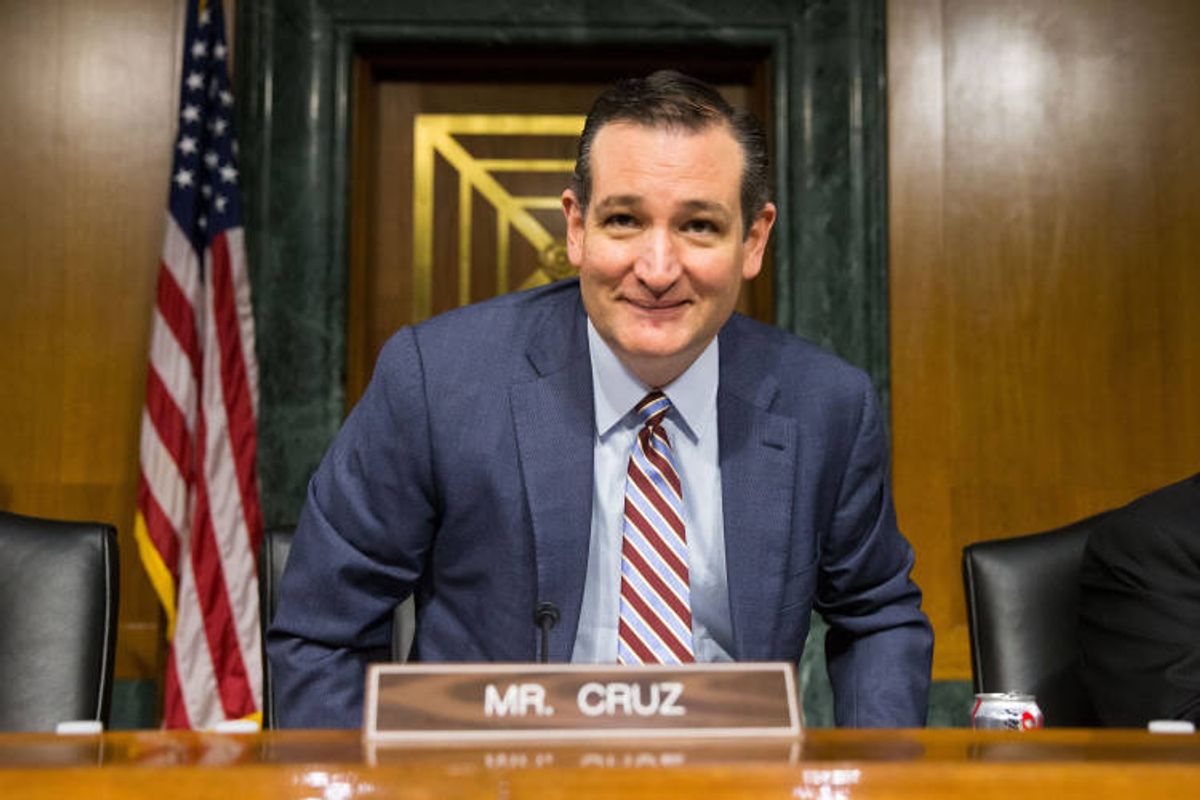 On December 1, millions will commemorator the 27th anniversary of World Aids Day. On December 1, charities the world over will unite to encourage a day of global giving on Giving Tuesday. That first Tuesday in December, Texas Tea Party senator and Republican presidential candidate Ted Cruz will also launch a lofty endeavor -- a presidential campaign prayer team.

On Thursday, the presidential candidate announced the formation of his campaign's national prayer team, “A Time for Prayer.”

"Our nation is in desperate need of God’s favor – these are dangerous days for America," Cruz wrote in a statement announcing his prayer team. Cruz said that he and his wife Heidi "experience the power of prayer every day" and want to harness that power for the good of his political ambitions:

We’re organizing "A Time for Prayer" to establish a direct line of communication between our campaign and the thousands of Americans who are lifting us up before the Lord. Our nation is in desperate need of God’s favor – these are dangerous days for America, but these are also days of great hope. United in prayer and in purpose, we are committed to reignite the promise of our nation.

Members will receive weekly emails containing prayer requests and a short devotional. Each Tuesday, members will be invited to a 20-minute prayer conference call.

The idea of a presidential prayer team is not exactly a novel concept. Conservative evangelical Franklin Graham has long operated a private "national ministry dedicated to a focused mission of encouraging, inspiring and practicing prayer on behalf of our President, nation’s leaders and our troops." Campaigns have long reached out to the faith-based communities and of course, GOP presidential candidates in Iowa must secure substantial support from the state's evangelical community to have any shot of winning the caucuses, but Cruz's campaign apparently has no plans to dispatch the team for electoral work outside of prayer.

Cruz's campaign spokesperson described the group's intent to the New York Times. "I don’t have a political or tactical angle on it,” Rick Tyler said. “It is what it is. It’s a group of people who wanted to get together and pray for Ted and his wife and the nation as a whole.”

A new poll out Friday found Cruz surging to tie for second place with Ben Carson behind frontrunner Donald Trump.