Salon speaks to a Philip K. Dick expert about the trouble with adapting his books to the screen 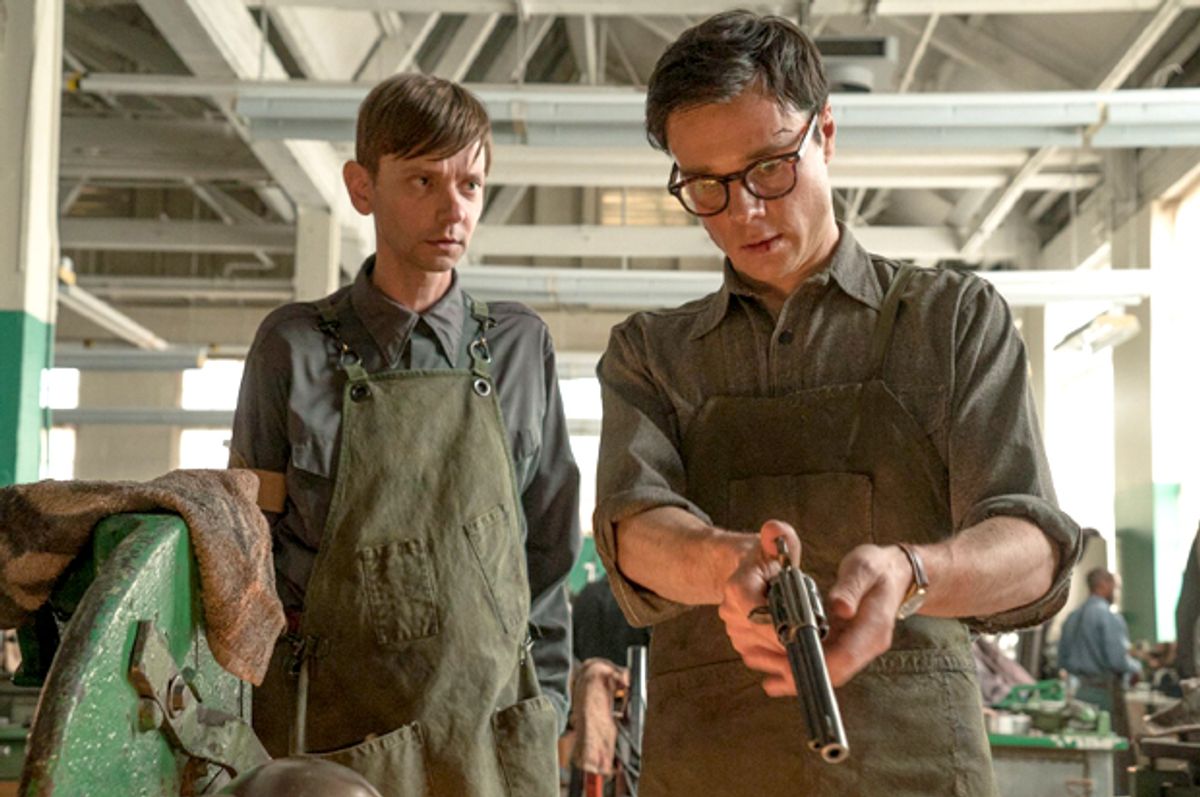 After years of hopeful rumors, one of Philip K. Dick’s major novels, “The Man in the High Castle,” has been adapted for Amazon by Frank Spotnitz of “The X-Files.” (“Blade Runner” director Ridley Scott is an executive producer.)

The novel’s premise is that the Axis powers won World War II, leaving the Eastern half of the U.S. ruled by Germany, the West Coast by Japan, and a sort-of-American region left around the Rockies. The title comes from an author working on a book of alternate history in which the Allies won. He writes a novel (“The Grasshopper Lies Heavy”) in the book; in the adaptation, it’s a film.

The show has received mixed to positive reviews so far. The New York Times wrote, “In ‘The Man in the High Castle,’ the unsettling, if uneven, alternative-history thriller whose 10-episode first season begins Friday on Amazon Prime, fascism has not simply conquered America. It has insinuated itself, with disturbing ease, into America’s DNA.”

But what’s the relationship of the television series to the novel and to Dick’s complex and contradictory worldview? Salon spoke to David Gill, who teaches literature at San Francisco State University, runs the obsessive and informed Total Dick-Head blog and who organized a 2012 conference devoted to the author. He's also the author of a new collection of science-fiction stories.

We spoke to Gill from his office in San Francisco. The interview has been edited slightly for clarity.

Let’s start with your general impression. You’ve seen about two episodes. What do you make of it so far?

My impression is that it looks spectacular — the way Dick felt when he watched "Blade Runner." If he could watch these scenes he’d say, “How did you get into my mind and see what I saw?” It looks the way we picture it. And that’s almost enough.

But the focus of it seems off to me.

Let’s talk about the differences, then.

The thing it seems to be lacking is the sense of a square peg being pounded into a round hole. In other words, there’s this subtle notion in the novel that the Nazi victory has completely paralyzed the American dream and these people are all struggling to find a new moral compass to guide their lives by. In this, the American Dream has been subverted — so what we’re gonna see in the show is like an American Revolution where they rise against their Nazi oppressors … That’s interesting, its own kind of cool idea … But to suggest that that’s an outgrowth of the novel feels disingenuous.

Yeah, it feels more like an action movie about a small insurgent band …

And in the second episode, there’s a lot of details about how ruthless these bureaucracies are. In the book, they don’t get into that — you get a sense they are ruthlessly stripping the dynamism of the American Dream. In [the show], it’s using the dynamism against these bad guys. There’s a rebel gunfight; it’s not in the book. There’s a torture scene with the Japanese, that’s not in the book. I’d be okay with that, but it seems they’ve really shifted the focus of the project itself and are really only interested in showing us fascist imagery juxtaposed with American iconography.

What have they held onto from the novel?

Some of the characters are still there, in name. The idea of a text that expresses the idea that the allies won the war is present, but it's a film, not a book ... The question is gonna be, do we get to the jewelry, the idea of wu [a Chinese idea of authentic peace], to Tagomi, in looking at this piece of jewelry, transporting himself to a parallel world? I’m not particularly optimistic that we’re gonna see that.

So the main thing that the adaptation has retained is that the U.S. has been conquered, with the Nazis on one side and the Japanese on the other …

They basically stole Phil Dick’s pitch — and then deployed it in their own inimitable style. I find the show fairly compelling to watch. But I also find myself saying, “I don’t know that this is what Dick was getting at.”

It seems much morally simpler, less ambiguous. There were some suggestions in [the novel] that America and Nazi Germany were not all that different — that’s not a particularly P.C. idea, but it is important. While the Germans were extinguishing Jews, we were excluding black people from the lunch counter. It was a matter of degrees.

We had [racial] superiority here … The Nazi fantasy of the blond, blue-eyed book and how it overlapped with California dreamin’ … The idea of the blond, perfect teeth, riding on the wave like some übermensch. It’s not without its resonance, and to leave all those out and make it a simple good vs. evil — that’s a travesty. A betrayal of Dick’s intention. But probably works better on TV.

How does “High Castle” stand up against Dick’s body of work? One of his finest novels — is that fair to say?

I’d agree with that. It’s set around 1960 — earlier than any of his science-fiction novels, and contemporary with his mainstream novels. What “The Man in the High Castle” represents is Dick’s brilliant assimilation of his weaving of his two parallel desires — to be a mainstream author in the league of Hemingway and Faulker and Joyce and to be a genre science-fiction author. When he failed at the mainstream stuff, his brilliant solution was to say, “I can wrap that high-end art stuff into my sci-fi.” “The Man in the High Castle” marks the start of that synthesis. There’s some subtle characterization that you don’t always find in his books. There’s some fairly good plotting about three quarters of the way through. But like any Dick book, it suffers from a bad ending. He didn’t know how to pull out. I think Dick was even unsatisfied with the ending, which is why again and again he came back to the idea of a sequel.

“Blade Runner” is considered a masterpiece or at least an important movie. How well has Dick’s body of work been served by adaptations?

Financially, he’s been served very well. They have added to his fame, his caché as a writer, his power as a figure in postmodern art.

As far as accurately translating his ideas and dynamics onto the screen, I don’t think anyone has been successful. “Blade Runner” inverts the moral of [his novel] “Do Androids Dream of Electric Sheep?” — instead of being a story about how humans can be like androids, it’s about how androids can be like humans.

Ridley Scott has shown a dismissal of the source material. He read the first 30 pages of “Do Androids Dream” before deciding, "I can’t make a movie of this." I’d say he almost did the same thing here. He likes the idea, he likes the visual potential of it … But he’s not really interested in showing us the subtlety or the moral ambiguity of it, or our dynamism becoming extinguished or extracted … That doesn’t work in a film.

And Dick’s prose is very internal to the characters — a lot of rumination, reflection … How do they show that? These characters have to be more outwardly directed, more shaped by actions and dialogue. And I don’t find the dialogue [in the adaptation] to be particularly good. It’s not great in Dick’s fiction …

I just don’t see the sense of these characters struggling. It’s more like “The Matrix” — “There are these bad guys and we’re gonna liberate the good guys and take it to the man.” That’s probably what you need to do to take it to the screen.