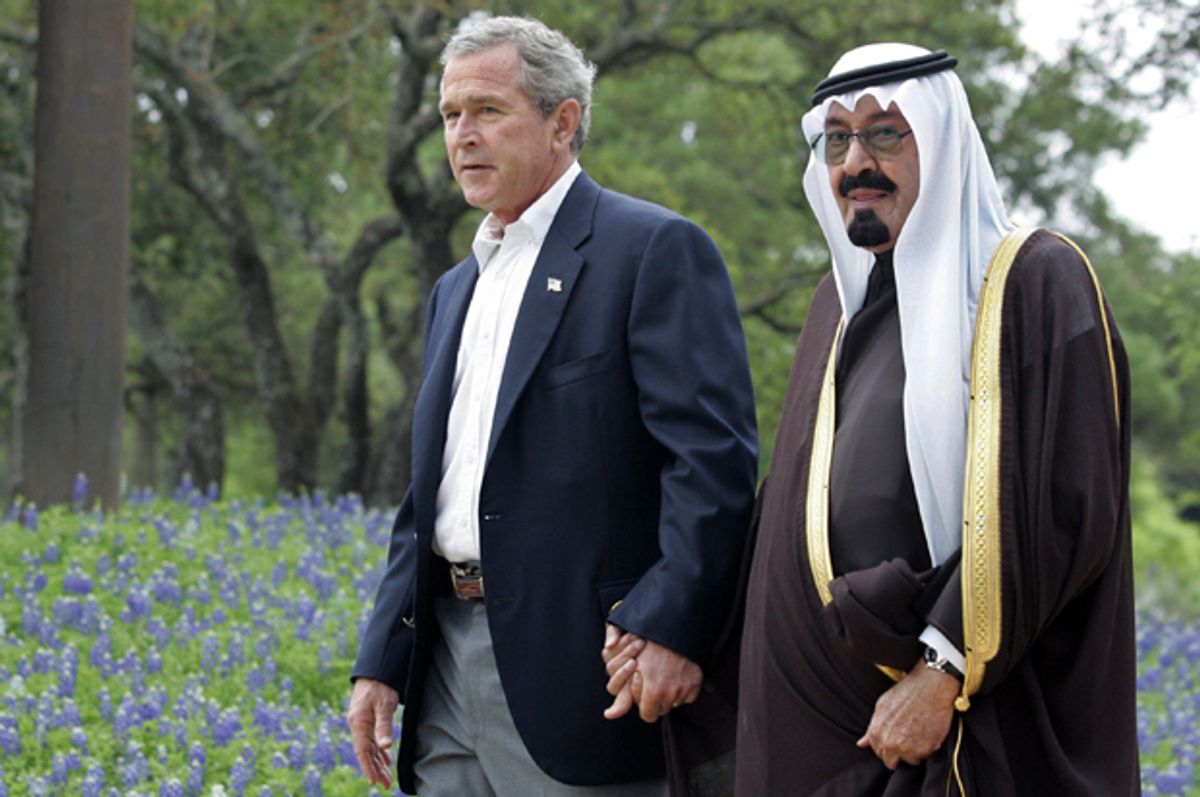 Palestinian poet Ashraf Fayadh was sentenced to death by a Saudi Arabian court for renouncing Islam, according to Human Rights Watch (HRW).

HRW Middle East researcher Adam Coogle told Reuters he has read the trial documents and it "is very clear he has been sentenced to death for apostasy."

Fayadh was arrested by the Saudi monarchy's religious police in 2013. In 2014, he was tried in court, and sentenced to four years in prison and 800 lashes. This verdict was appealed, and another judge ordered the ultimate punishment for Fayadh.

Reuters reports that the conviction was based on a witness who claimed he allegedly heard Fayadh cursing Islam and Saudi Arabia, as well as on a poetry book he wrote years ago.

Although an authoritarian theocratic absolute monarchy that bases its laws on an extreme interpretation of Sharia, Saudi Arabia is a close Western ally. In its fact sheet on U.S. relations with Saudi Arabia, the State Department writes:

"Saudi Arabia's unique role in the Arab and Islamic worlds, its possession of the world's largest reserves of oil, and its strategic location make its friendship important to the United States. The United States and Saudi Arabia share common concerns and consult closely on wide range of regional and global issues. As the region is going through a period of great transformation, the United States appreciates Saudi Arabia’s leadership in working toward a peaceful and prosperous future for the region. Saudi Arabia is also a strong partner in regional security and counterterrorism efforts, providing military, diplomatic, and financial cooperation. It works closely with U.S. law enforcement to safeguard both countries' national security interests."

Despite its ostensible counterterrorism work with the State Department, Saudi Arabia has been described as "the fountainhead" Sunni Islamic extremism. Former U.S. Sen. Bob Graham has argued that radical Salafi groups like ISIS and al-Qaeda are "a product of Saudi ideals, Saudi money, and Saudi organizational support." In U.S. cables leaked by WikiLeaks, government officials admit that al-Qaeda and other extremist groups are supported by rich Saudi businessmen and even some members of the royal family.

Yet the Obama administration has done more than $100 billion in arms deals with the Saudi monarchy in just five years. Less than three days after the November 13 Paris attacks, the U.S. sold another $1.3 billion of bombs to Saudi Arabia. The Saudi regime has been using these weapons to arm extremist groups in the Middle East, including in Syria. It has also, for seven months, dropped U.S.-made bombs and banned cluster munitions on civilian areas in Yemen, where human rights organizations say it is committing egregious war crimes, and where the chaos created by the Saudi-led coalition is helping al-Qaeda and ISIS expand into new territory.

Ashraf Fayadh joins a long list of Saudi dissidents imprisoned by the monarchy for supporting secularism or democracy. In 2012, Raif Badawi, a liberal journalist and blogger, was imprisoned for "insulting Islam through electronic channels." In an expanded verdict in 2014, he was sentenced to 10 years in prison and 1,000 lashes. Badawi received his first 50 lashes publicly in January, to international outrage.

17-year-old activist Ali Mohammed al-Nimr -- the nephew of a prominent dissident from Saudia Arabia's Shia minority who was also sentenced to death -- was arrested by Saudi authorities in 2012 for attending a peaceful pro-democracy protest. The young boy was allegedly tortured, before the Saudi regime ordered him to be beheaded and crucified for his activism.

Al-Nimr's father warns that the close Western ally could execute and nail the young man to a cross "at any moment."

The Saudi monarchy regularly executes people over drugs, even while its own princes are caught with more than 4,000 pounds of illegal drugs in foreign airports. Every four days, on average, Saudi Arabia kills someone for drug-related offenses.

Western countries see extremist and repressive Gulf monarchies like Saudi Arabia as important allies primarily because of their enormous oil reserves, even while they imprison or sentence to death anyone who challenges the regime.