Woodrow Wilson's racist acts were notable, even for the time: "It really was reprehensible to segregate federal employees"

Salon speaks to a historian about the Princeton protests and the U.S. president's views and actions around race 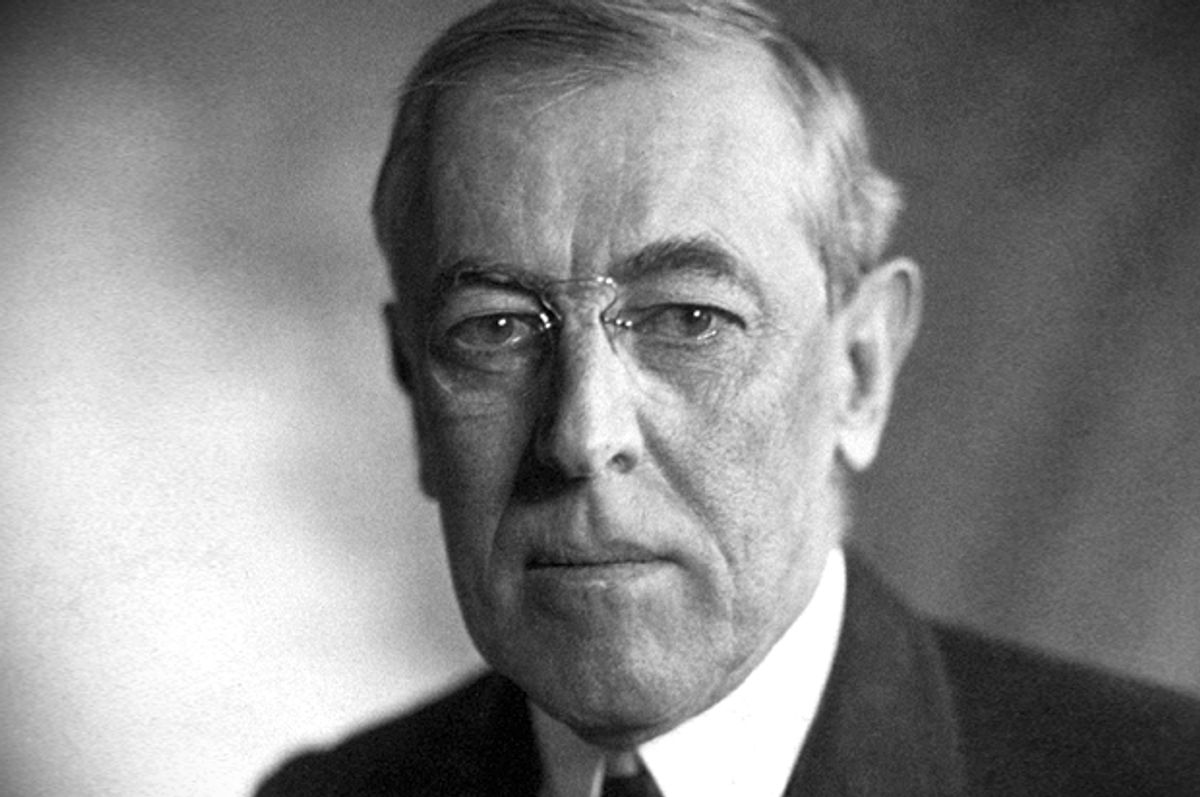 The frustration on U.S. campuses over racism in the past and present has moved to Princeton, as students protest the shadow cast by Woodrow Wilson over the university. Reuters reports:

Protest organizers at the renowned Ivy League university in New Jersey called on Princeton to remove Wilson's name and image from its public spaces, as well as from the university's Woodrow Wilson School of Public and International Affairs.

But how bad was Wilson, who served as the school’s president and later, from 1913 to 1921, as U.S. President? Salon spoke to Mae Ngai, a historian at Columbia University who specializes in immigration, citizenship and the Progressive era.

We spoke to Ngai from New York City. The interview has been lightly edited for clarity.

There’s frustration at Princeton because of Wilson’s purported racism. Is that fair? What were his views of race and how did he act on them?

Well, he did do some pretty bad things. He segregated – or re-segregated – the federal government. That was a capitulation to Jim Crow and Southern racists; he didn’t have to capitulate to them, he could have stood firm. Even Teddy Roosevelt, who was president 10 years earlier, invited the first African-American to the White House. Roosevelt was not a paragon of racial equality…

The nation’s capital was a segregated place, actually in the South, but the federal government is an institution of the whole nation. We fought a war over that. So I think it really was reprehensible to segregate federal employees. A lot of people were fired. There was even an incident where there was someone who could not be moved to another room because of his job, so they actually built a cage.

These are terrible things – the students are right to point these out.

We’re taking about the 1910s, when segregating the government would have meant separating blacks from whites: There were have been no, or close to no, Asians or Latinos.

There were none – right.

Wilson came from the South. How different was he from other white men of his generation, especially other Southerners? Did he stand out?

He probably was not that different from other white elites in the South. But the nation had moved on from that position. We’re judging him as the president, not as a Southern politician.

And by 1910, the NAACP was already formed. There were prominent whites who were members. Someone like Jane Addams was a member of the NAACP. There was controversy over race relations. There was a lot of pressure from African-Americans for an anti-lynching law. And that never got anywhere. But there was awareness in the North… So the question was, as president, does he represent the South or does he represent the nation?

Now, he would’t be the first president to bow to Southern racial interests. FDR did that. When Eisenhower was president we still had Jim Crow. Social security excluded farm workers and domestic workers – that was specifically aimed at keeping African-American workers in the South out of social security. And that was nothing but a capitulation to Southern interests. I’m not saying Wilson was the only president who did this… Roosevelt was engaged in a delicate political balance in Congress to get his legislation through. But what did Wilson gain by segregating federal employees?

Yeah – and kind of sympathetic inclinations toward the South.

When people say, “You have to look at people in their context.” But at that time, to have stood his ground would not have been extraordinarily visionary. There were anti-racist voices in America. He could have sided with the NAACP. He could have listened to W.E.B. DuBois. It wasn’t 1840.

I’m very sympathetic to the students in general. They’ve done a lot at Princeton and other schools to call attention to deeply embedded racism in our university culture. It’s very widespread.

I don’t think that our priority should be to change the names of our buildings. That would be a very big job. I think our energy should go into structural changes.

And I think that people like Wilson, who was president of Princeton, have to be judged in their totality. I think his racism was backward for his time, but he also did other things. This is not the sole thing we judge his legacy on. We should not sweep it under the rug; we should be honest.

But if we go down this road taking names off buildings…

Does there seem to be another university conflict of this kind on the horizon?

Brown University – the Brown family were slave traders – has done quite a bit to redress that part of its history. Yale changed the name of a college named Calhoun. Calhoun was a Confederate, and a notorious defender of slavery. Calhoun’s racism was of a different class than Wilson’s.

So I think there are instances where we should do things. Eisenhower was president of Columbia; he had a complicated legacy. And Columbia has become interested in understanding its [relationship] to slavery.

So I think we have to reckon with these things. There’s a lot for us to think about.