Inevitably, a drunk aunt or uncle will go off on the Syrian refugees. Here's what you do 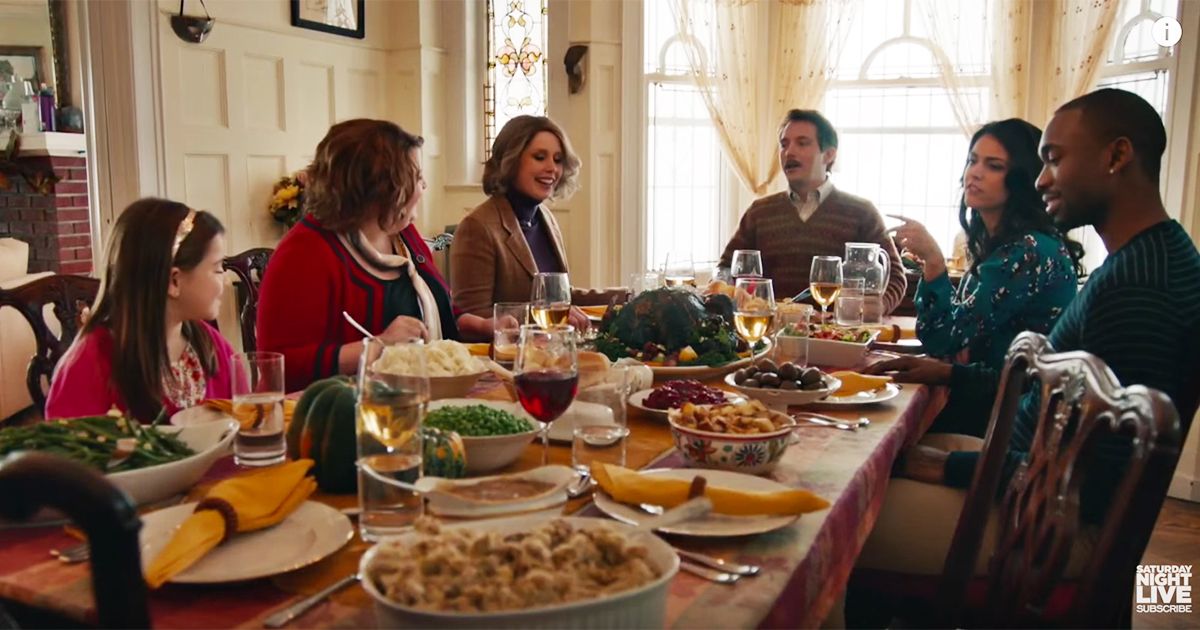 Adam Sandler left a legacy of Thanksgiving songs when he performed the famous song with a bizarre string of phrases that perfectly captured a moment in the history book of pop-culture hilarity. But now there may be a new trick, "Saturday Night Live" suggests.

Next week is the worst week for those of us who don't share the politics of the majority of our family members. Inevitably, a drunk aunt or uncle will go off on the Syrian refugees, someone always hates LGBT people and don't get Nana started on how much she loves that Ben Carson fellow. In the past, all you've had to rely on is the inconspicuous water bottle of vodka you refuse to let go of or that special moment you share with your cousin in the garage with his latest line of "product" he's procured from Colorado. No more.

The hilarious sketch below shows us that there is one way to defuse any situation: Adele. She isn't telling us "50 million Elvis fans can't be wrong," but it's certainly something.

If you're a Bush family member sitting at the table over Thanksgiving, things are going to be awkward as the "Weekend Update" gentlemen reminded us. "Jeb Bush said he would be willing to send ground troops into Syria and Iraq to stop ISIS," co-host Colin Jost said. "Because you never want to be the one guy at Thanksgiving who hasn't sent troops to the Middle East," flashing a photo of Bush 41 and 43.

Michael Che and Colin Jost then discussed the Syrian refugee crisis and immigration policies, both of which are likely to come up if you're at a right-wing family Thanksgiving. "You see," Jost began, "America is a nation of immigrants. But once we get here, we get really suspicious of any new immigrants. It's kind of like America is this giant awesome roller coaster and you wait in line forever to ride it. Then we finally get to the front, we ride it and it's awesome. Then it finishes and we're like 'Ok... shut it down.' 'Wait, there are all these other people waiting in line.' 'No, no, I just want it for me and my ethnicity, then it gets closed forever. You guys have to stand on the other side of that fence and watch us go wheeeeeee!'"

"First of all my ancestors weren't exactly immigrants, we were more like invited guests... or... cargo," Che said. "Second, you know this whole country was stolen by immigrants in the first place right? So, I can get why Americans would be skeptical of other immigrants. If I steal your car and get away with it the first thing I'm going to do is buy a better security system for my new car, because there are thieves out there!"

"And now some people are saying there should be religious tests so we only let in the Syrians who are Christian," Jost said. "But you know how easy it is to lie about being Christian? I do it every time I go home for Christmas mass. I just start off real strong with Our Father, then I kind of lip sync for a minute. Then I finish real strong with 'Amen.' I mean, that's why every Catholic sings in a whisper, because we don't know any of the damn words."

But Michael Che said that he takes issue with any religion requiring a hat. "I don't mind the small hats, it just seems like the bigger the hat the weirder the rules. I've never been listening to a dude in a big-ass hat and thought 'Man, this guy seems reasonable.' That's why I stopped listening to Pharrell."