The Republicans won nothing: Why losing a couple of state races is the best thing possible for Democrats 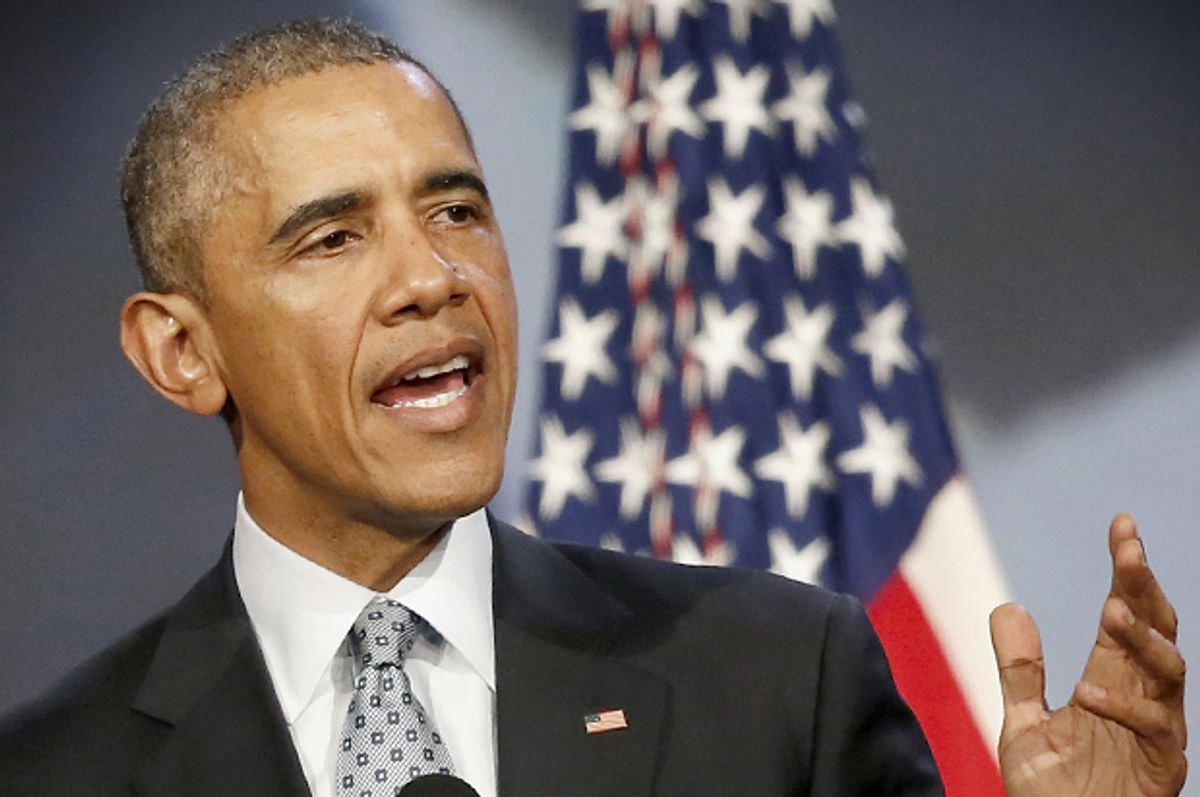 Last Tuesday was the final off-year election of the Barack Obama era, and it was a mixed bag for both parties. Republicans scored a big upset in the Kentucky governor’s race and held the state Senate in Virginia by one seat, but Democrats took control of Pennsylvania’s Supreme Court. Ballot measures throughout the nation were equally mixed as a pro-LGBT initiative failed in Houston, a clean elections referendum passed in Maine, and a flawed marijuana regulatory regime was handily rejected in Ohio. Unlike most elections in the Obama era, 2015 wasn’t much of a wave in either party’s direction.

Many political commentators didn’t see it that way. Vox’s Matt Yglesias called the loss in Virginia a “disaster.” Molly Ball at the Atlantic declared that Democrats’ efforts on social issues have doomed their electoral chances. One viral tweet stated that, “Under President Obama, Democrats have lost 900+ state legislature seats, 12 governors, 69 House seats, 13 Senate seats. That's some legacy.” While not exactly false, it ignores the nationwide wave of Obama’s 2008 campaign, which gave Democrats historic margins in Congress. When you start off with 60 senators and 255 House members, your numbers can only really go down.

The hyperbole surrounding the results of the 2015 election masks the fact that while Republicans have indeed racked up major gains in practically every level of government under President Obama, it’s only been the result of major progressive change. Furthermore, any alternative scenario where Barack Obama played it safe and didn’t try to reform our healthcare system or otherwise enact his progressive agenda would have likely been deemed a failure by Democratic standards, regardless of electoral outcomes.

Put another way, Democrats under Barack Obama have long faced a choice: either govern modestly and enjoy electoral success, or push the boundaries of progress and suffer the blowback. History suggests you cannot do both at the same time, and for better or for worse, Barack Obama usually chose progress over popularity.

To see what the world may have looked like had Obama chosen the more moderate path, just examine the previous Democrat in the Oval Office: Bill Clinton. In his first two years, President Clinton chose the progressive route, leading a Democratic Congress in raising taxes on the wealthy, passing family medical leave, better regulating gun purchases, banning assault weapons, creating AmeriCorps, and addressing domestic violence through the Violence Against Women Act. The Clintons failed in getting their own version of healthcare reform passed into law, but President Clinton’s first two years still look impressive today.

These progressive accomplishments, however, came with a price. Opposition voters mobilized, and the “Republican Revolution” of 1994 swept Democrats out of Congress. In response, President Clinton’s team decided to scale back any remaining ambitions for progressive change. The initiatives that would pass during the rest of the Clinton era reflect his team’s willingness to moderate stances in order to maintain electoral viability—welfare reform, the Defense of Marriage Act, the loosening of regulations on Wall Street, and a series of balanced budgets. Looking back, you would be tempted to think a Republican was in charge at the time.

As an electoral strategy, this “triangulation” worked quite well. President Clinton oversaw a tremendous economic boom and managed foreign policy so deftly that in 1998—even in the midst of being impeached—the Democrats actually gained seats in the House, a historical rarity for midterm elections. If your goal is to avoid the wrath of the opposition’s voters, it’s not a bad idea to give the other party a lot of what it wants.

You can see presidents and Congresses making this tradeoff between progress and electoral success throughout modern American history. Ronald Reagan was as popular as they come, but he lost big time in the 1982 midterms as voters soured on his budget cuts and perceived poor handling of the economy. LBJ essentially forfeited the South for who knows how many generations with the Civil Rights Act in 1965. Even the unstoppable FDR lost 71 House seats in 1938 and 55 House seats in 1942 despite winning reelection three times. When presidents aren’t on the ballot themselves, it’s much easier for the opposition to motivate their voters to turn out relative to that president’s supporters.

Obviously, this is only Congress, and Democratic losses in governorships and state legislatures throughout the country are devastating in their own right. With Congress gridlocked, most real policy development and implementation is happening at the state and local levels. To make matters worse, losses at the local and state levels rob Democrats of a “bench” with which to draw talent for higher offices. Local elections have essentially become nationalized, which has largely been bad news for Democrats.

But again, you have to consider the alternative. What would the world have looked like if Barack Obama had decided on a purely moderate path? Senator Chuck Schumer, D-N.Y., seemed to hint at this alternative when he said in a 2014 speech: “After passing the stimulus, Democrats should have continued to propose middle class-oriented programs and built on the partial success of the stimulus. But unfortunately, Democrats blew the opportunity the American people gave them. We took their mandate and put all of our focus on the wrong problem–health care reform.”

Feel free to disagree, but Schumer is simply articulating the nature of the tradeoff Democrats made in 2010. Democrats did indeed sacrifice a large share of their electoral mandate in order to tackle healthcare reform.

But to fully evaluate Schumer’s statement, you have to answer a much greater question: What is the point of winning elections? Is it to hold power, maintain the public confidence, and keep the other team on the sidelines? Or is it to push the boundaries of popular opinion and the legislative process in order to solve the seemingly intractable problems Americans face?

How you answer that question will largely define how you feel about the direction of today’s Democratic Party. If you believe that elections need to be won to maintain majorities and hold important offices, then the Barack Obama era could easily be labeled a failure. If you believe that elections are simply a venue for changing society through governance, then the Barack Obama era looks pretty darn successful.

And to be clear, President Obama long ago decided where he stands on this question. Healthcare reform, the stimulus, the automotive industry bailouts, the first reining in of Wall Street since the Great Depression, the end of “don’t ask, don’t tell,” major regulation of air and water pollution, the rejection of Keystone XL, executive orders on immigration, the opening of Cuba, an Iranian nuclear deal—the list goes on and on. And like every other time in modern history that Democratic presidents have flexed their activist muscles, it has mobilized opposition voters much more than the president’s supporters. For every action, there is an unequal opposite reaction.

Luckily for progressives, President Obama and his team recognize that because regulation, legislation and international deals are so difficult to unwind, the effects of these accomplishments will likely be felt for generations. Especially in his second term, President Obama seems much more concerned about racking up accomplishments than racking up electoral victories. You can disagree with that strategy all you want, but when faced with the choice, I imagine most Democrats would cut the same deal as President Obama did.

Losing always hurts, and the strategy and messaging can always be improved. But the cycle of American politics practically guarantees that you will lose—and lose big—someday. There are real benefits to holding power, if only to stop the other side from enacting their agenda, but most voters want beneficial changes to be made in society. After all, you don’t see many candidates of either party running for office saying, “Let’s keep America the same way it is today!”

Electoral victories come and go, but what you do with them echoes in eternity. I suspect when the president of either party is swearing in our next justice of the Supreme Court, folks may come to appreciate that fact a little more.