Even if the tweet didn't originate with a neo-Nazi, it still speaks volumes about what Trump believes about blacks 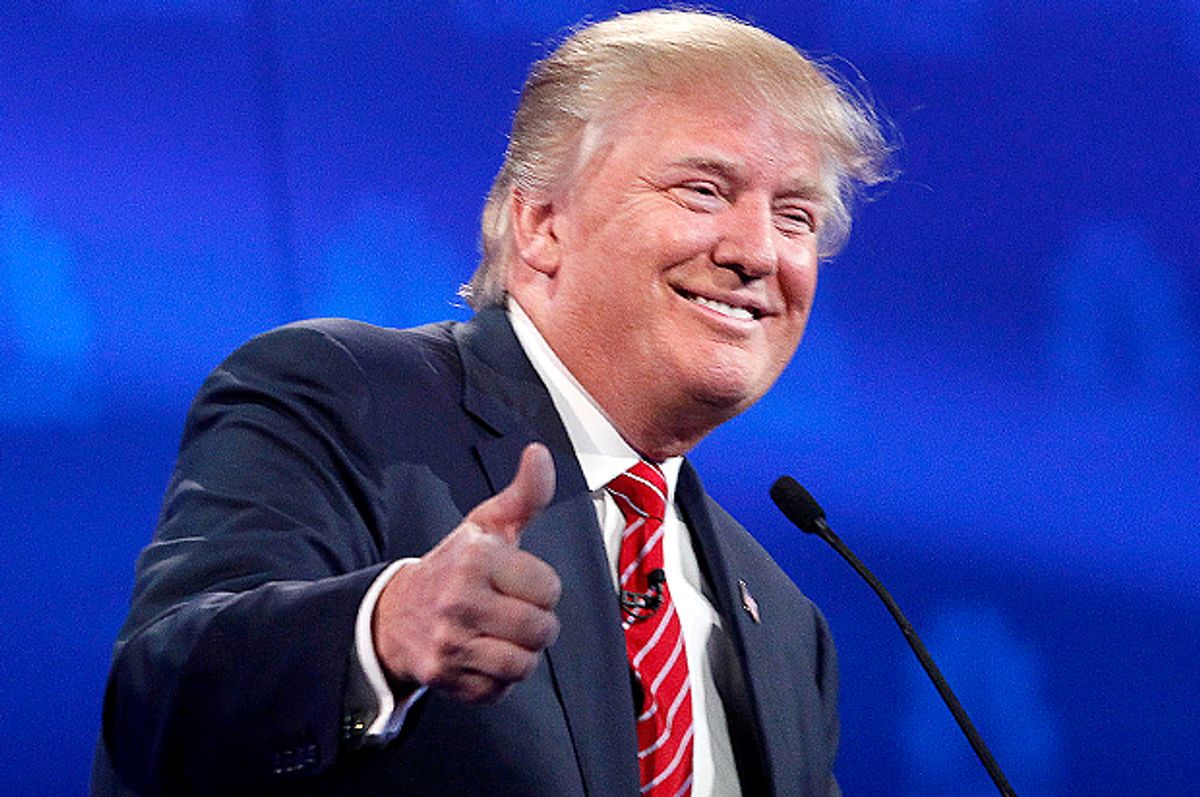 Donald Trump once again demonstrated his penchant for believing anything that comports with his preconceptions, tweeting out a factually challenged report on 2015 crime statistics from the non-existent "Crime Statics Bureau -- San Francisco":

In addition to originating with an organization that doesn't appear to exist, the "infographic" purports to compile crime data for 2015 -- which, as you well know but Trump apparently doesn't, hasn't ended yet. Even if that were a simple typographical error, and the party responsible for these "statistics" meant "2014," the data would still be inaccurate.

The decision to endorse this particular tweet is particularly damaging considering that, as Raw Story's Travis Getty reported, it may have originated as a piece of neo-Nazi propaganda, as the earliest iteration of it appears on the Twitter account of a brazen white supremacist.

However, it need not have originated with a white supremacist to be a damning piece of evidence against the intellectual honesty of Donald Trump. As everyone who has ever taught -- or even taken -- a college-level composition course knows, the facts one must be most wary of are those that conform to the world as we believe it exists. It's far too easy be intellectually lazy and fall into the trap of believing what we want to believe because we already believe it -- which in Trump's case, speaks very poorly about his view of African-Americans.