Elisabeth Hasselbeck calls it quits on "Fox & Friends": Here are 5 of her greatest Fox News fails

Doocy and Kilmeade will lose their Curvy Couch partner come year's end but before that, a Salon tribute of sorts... 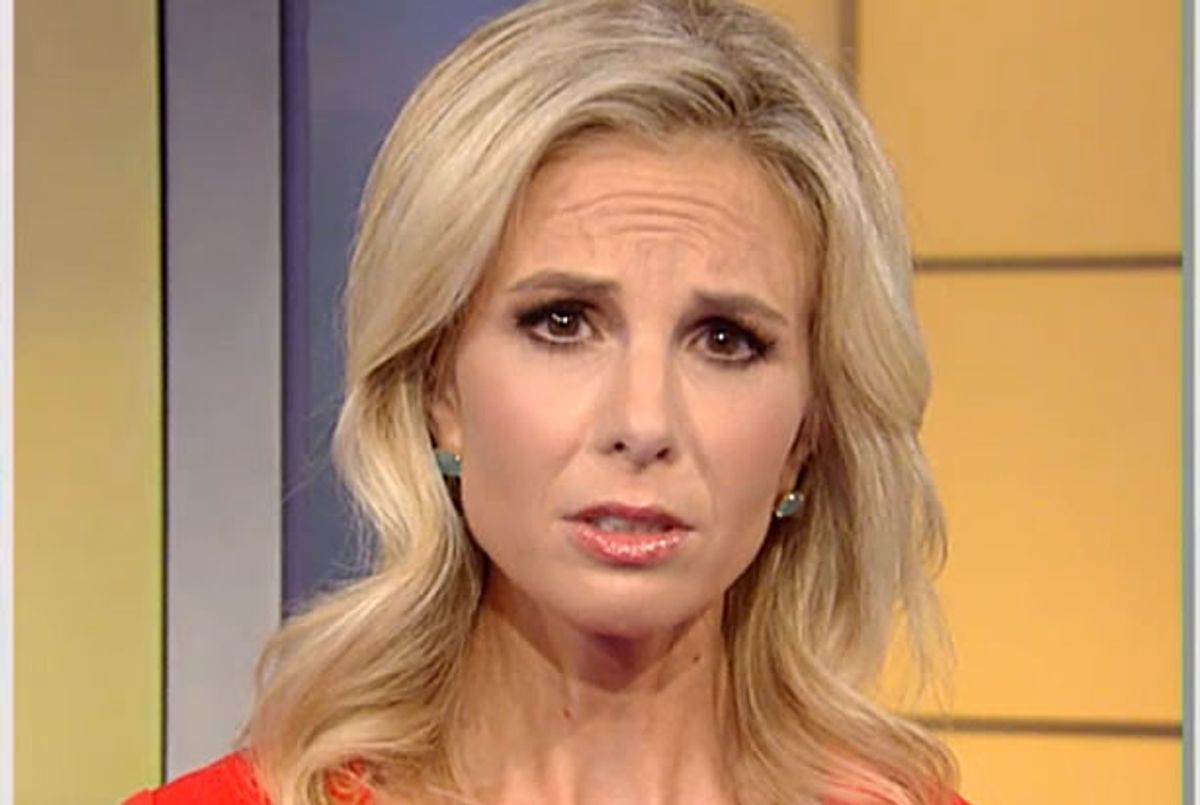 It was announced this afternoon that one third of the Curvy Couch trio is leaving "Fox & Friends," forcing co-hosts Steve Doocy and Brian Kilmeade to find a third Fox News lady to fill the am void.

Elisabeth Hasselbeck, who replaced original "Fox & Friends" female co-host Gretchen Carlson just over two years ago, is said to want to return to full-time childrearing, according to a press release from Fox News. Hasselbeck has three children and her husband is a retired NFL star turned ESPN analyst.

“With a heart full of gratitude and the peace that God has given me, I am confident that this personal decision is the right one for our family,” Hasselbeck said in a statement:

Oftentimes, the most difficult decisions are between two great things. Throughout my 14 years working in television, I have never experienced a more positive and thoughtful atmosphere than FOX News Channel, thanks to the strong leadership of (FOX News Chairman & CEO) Roger Ailes, who has created the best working environment a woman and mother could ask for. His understanding, compassion, and kindness was exemplified when I shared with him that I am entering into a season where I want to start my day with my children first, and he offered his blessing to do so. With a heart full of gratitude and the peace that God has given me, I am confident that this personal decision is the right one for our family, and we will be joining all of you watching Fox & Friends each morning as we get ready for school together.

In a statement, Fox News head honcho Roger Ailes praised the former "View" cohost. “Elisabeth and I discussed this at length over several weeks, and while I would love for her to continue here, I respect her incredibly difficult, yet deeply personal decision.” Hasselbeck is set to leave the cable news network by the end of the year. "Fox & Friends" said it will use rotating co-hosts to fill the void for the time being.

While we'll hardly miss her, here are some of Hasselbeck's greatest misses on Fox News:

"People are dying left and right," Hasselbeck cried after a 2014 report on a U.S. rescue operation of Yazidis from ISIS controlled territory in Iraq. "It seems as though the only humanitarian crisis we are looking at right here, aside from this, is the fact that our president is more concerned about removing trans fat than ISIS:

The time she attempted to justify Sandra Bland's arrest: An “irritated” Bland could have “attacked” the officer with a cigarette

In July, after nationwide outrage erupted over the arrest and subsequent death of Sandra Bland in a small Texas town, Hasselbeck attempted to justify the arresting officer's threat that he would light up Bland if she refused to exit her vehicle during an otherwise routine traffic stop. "There are times, I'm sure," Hasselbeck asserted, "someone has, in the history of this land, used a cigarette against a police officer, maybe chucked it at him, pushed it at him":

That time she demanded hysteria and panic over Ebola

In October 2014, Hasselbeck rushed to push for panicked responses to the West African Ebola crisis a number times on "Fox & Friends." During one interview, she chastised a medical expert for having "a very calm tone.”

“It must come by nature with what you do professionally, doctor. The rest of us are saying, ‘Wait a minute, there’s a lot of panic when it comes to the flu, to lice.’ As a parent, I’m thinking, ‘Well, there should be a little bit of justification for worry here.’ Am I wrong?”

During another inteview later that month, Hasselbeck was rebuked when she called for a shutting down of the American borders while stoking fears on Fox. “Why are we still letting people into the country who could have possibly been exposed?” she asked. “Why not just shut down the flights and secure the borders? Many of you want to know… Why not, just as a precaution until we get things under control, seal off the border temporarily?”

Dr. Anthony Fauci, director of the National Institiute of Allergies and Infectious Diseases at the National Institutes of Health, succinctly and factually shut down her absurd suggestions. "A closing of our borders? I'm sorry, I don't know what you mean by that ... I'm sorry that just doesn't work."

"You have Americans there, you have business people there, people of dual citizenship who have to go back and forth. It’s completely impractical. In fact, from a public health standpoint, not helpful to do that. And I think every public health official feels that way.”

When her co-host Steve Doocy argued that American citizens "should have a test before you vote," Hasselbeck nodded in agreement with the wholly unconstitutional suggestion, saying "not bad, not bad":