Also confessed he thinks he'd get beat up at a black church, so black people should expect same at Trump rallies 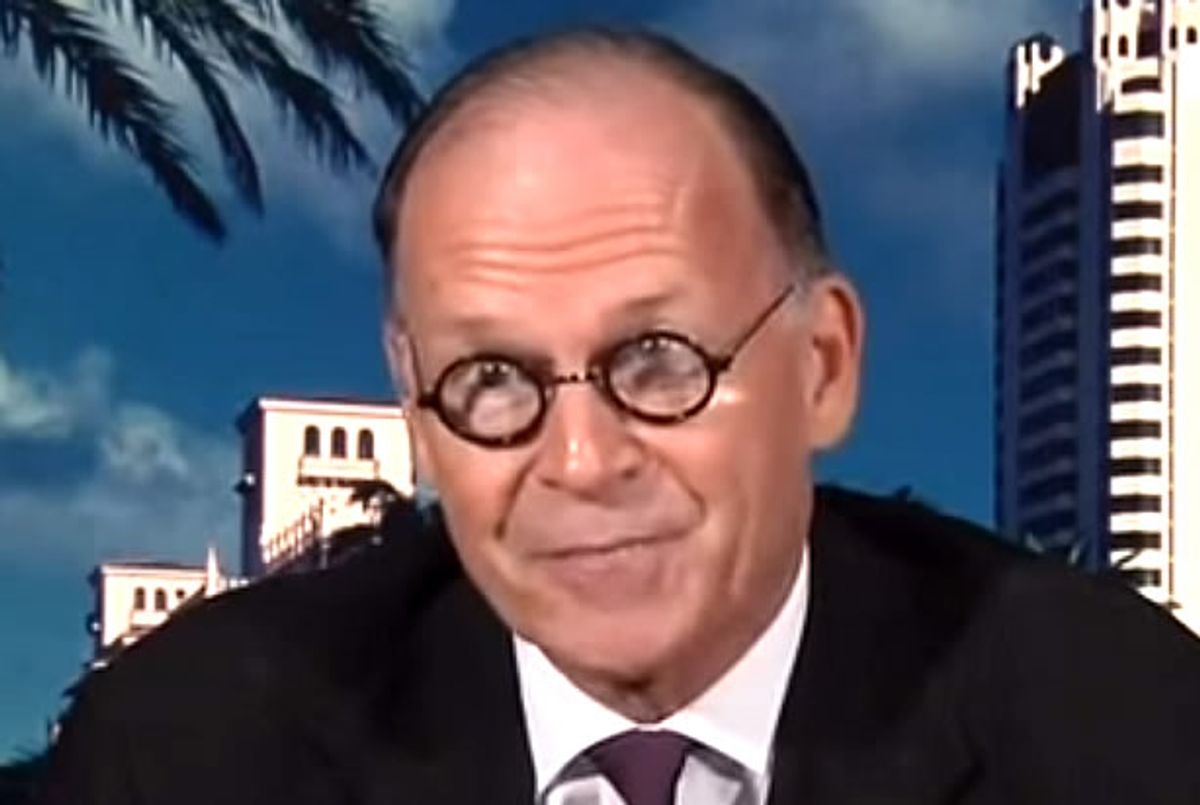 Robert Kiger, the head of the Donald Trump-supporting SuperPAC Citizens for Restoring USA, told CNN's Carol Costello on Monday that members of the #BlackLivesMatter movement "don't really" have a right to protest at Donald Trump rallies for the same reason that "I wouldn't go into a black church and start screaming "white lives matter!'"

The pair were speaking about the unfortunate incident at a Trump rally in Birmingham, Alabama over the weekend in which a #BlackLivesMatter protester was set upon by attendees. The logic behind Kiger's remark is as telling as it is repulsive -- namely, that just as Donald Trump rallies are for white people and the #BlackLivesMatter movement isn't welcome, black churches are for black people and those who would scream "white lives matter!" aren't welcome.

Kiger kept on trying to say that "people are trying to elect a president," but Costello kept pressing him for the reason why he wouldn't yell "white lives matter" in a black church. "Are you afraid people would beat you up?" she asked.

"Really? In a black church?" she asked, suggesting that he has a low estimation of the behavior of black churchgoers.

"If I came in and started interrupting the sermon, yes, I'm afraid I'd at least get thrown out and roughed up," he said.

Kiger added that unlike the hypothetical, violent black parishioners who populate his head, Donald Trump has "gone out of his way to be polite" to those who protest his events, but "enough is enough. We're trying to elect the next president of the United States here. [The #BlackLivesMatter protesters] don't really have a cause they're trying to bring to the forefront."

"Being in Birmingham, Alabama, going in and disrupting that thing, that’s no place for #BlackLivesMatter to try to bring their issues to the forefront" -- because as everyone knows, there's no historical precedent for protesting against racial injustice affiliated with Birmingham, Alabama.

Watch the entire interview via Mediaite.