It costs 1.7 cents to make a penny. Two-thirds get thrown away. That's where "The Cosby Show" comes in 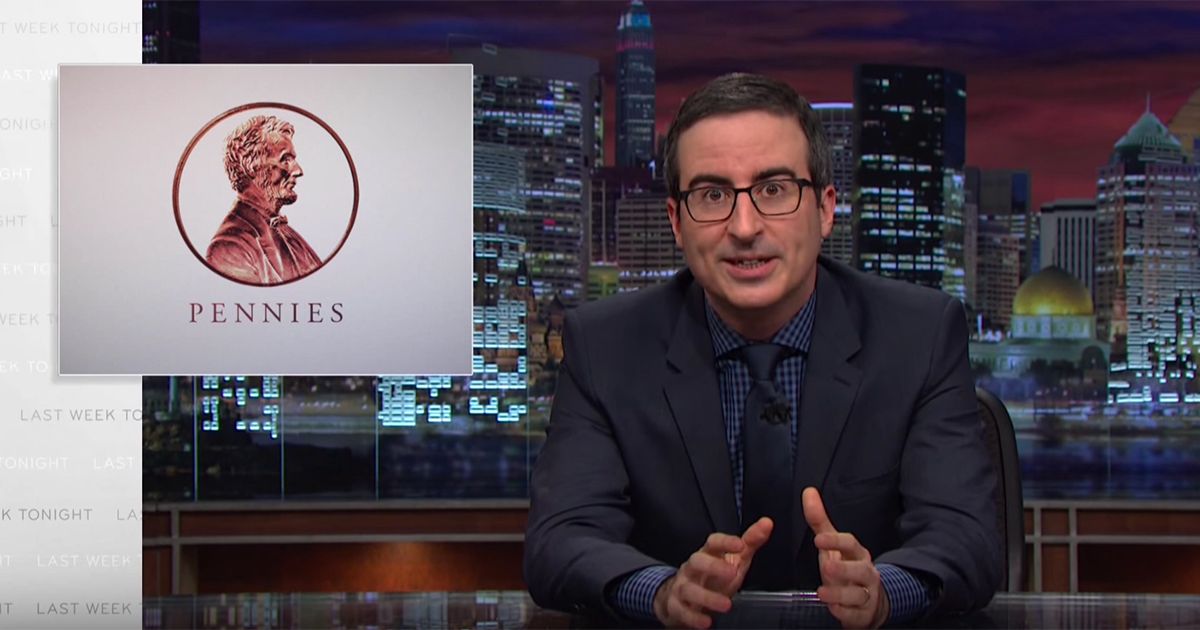 "Last Week Tonight" wrapped its final show of the year Sunday talking about the worthlessness of the penny. Seriously, the penny is so worthless it literally takes 1.7 cents just to make one -- and about two-thirds of all pennies are thrown in the trash.

If that isn't enough to convince you the penny is a waste, there were two separate "reports" done by local news outlets that watched what happened when a reporter left a bunch of pennies on the ground. No one picked them up.

So, why and how do we still use them? Pennies exist because of lobbyists for a company called Jarden Zinc who spends $140,000 in campaign cash each year to keep the penny around. In a fun bit of irony, the company of Jarden Zinc itself is only worth about $10 million, so they're throwing away their pennies too. "Unless we start using used DVD copies of 'The Cosby Show,' there is no way to make the penny for less money," Oliver said.

Another reason is an organization called Americans for Common Cents who testified in Congress that people actually want to keep the penny, which is about as absurd as the reporters who throw them on the street. Their other insane argument is that millions will be lost to charities every year without the penny. "Wait, so his argument is that no one would give to charity if they couldn't give something basically worthless?" Oliver asked. "Which is a pretty cynical view of humanity."

Even a penny for your thoughts isn't possible anymore; most therapists charge more than that these days and won't accept pennies. "According to the Treasury Department private businesses are free to ... prohibit payment ... in pennies," Oliver quotes. Some businesses even round down in the customer's favor to save on pennies. Ever see the little tray with pennies people left behind you can use? We're all just passing them around for free to each other.

"As far as I can tell there are only two things pennies are genuinely good for," Oliver said. "One, you can throw a penny in a fountain to make a wish. But at its value, no fountain is granting your wish unless it is incredibly small like: 'I wish somewhere in the world a mouse has a good day or I wish I knew what a penny looked like under water.'"

For the other good option, check out the rest of the episode here: