Obama is like George McFly, desperately in need of someone to teach him how to punch ISIS in the face — wait, what? 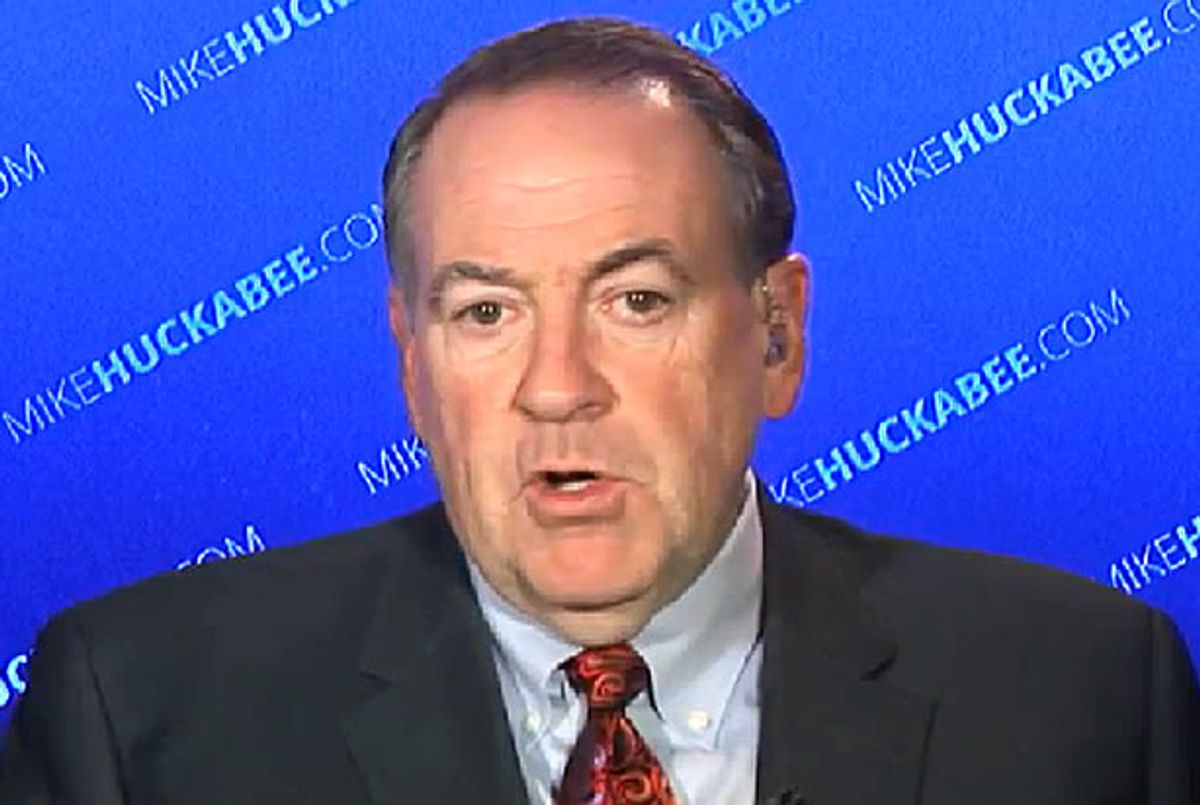 On "Fox & Friends" Monday morning, GOP presidential long-shot Mike Huckabee proved his seriousness as a candidate by responding to President Barack Obama's recent remarks about ISIS with an extended metaphor about "Back to the Future," the 1985 Robert Zemeckis film about a teen who travels through time to teach his father how to stand up to bullies.

After playing a clip of the president saying that he would attack ISIS "with every aspect of American power," Huckabee said that "I sometimes get the impression that President Obama is like George McFly going against Biff, and Biff is getting the better end of him." Given that it's time-traveling Marty McFly -- played by Michael J. Fox -- who teaches his father how to stand up to bullies, but only did so after unwittingly creating an incestuous love triangle with his own mother, it's unclear just how far Huckabee wants to extend this metaphor. Thankfully, he relented.

"I'm just astonished," he continued, "that we're having to sit back as Americans and watch a French president show more backbone, more determination to go after ISIS -- and we're playing second fiddle to Vladimir Putin, and frankly, as an American, I don't like it."

Personally, we don't remember the scene in "Back to the Future" in which George McFly punches ISIS in the face, so either Huckabee has access to a director's cut we don't, or he's simply lost control of his analogy -- perhaps having realized its more tawdry implications, or perhaps simply because it's obvious, even to Huckabee, that his Marty-McFly-wish-fulfillment scenario is bobbing dangerously close to the surface.

After all, someone needs to teach George "Obama" McFly how to stand up to Biff ISIS, and why shouldn't that someone be Huckabee? Of course, if Mike "Marty" Huckabee is the one who does it, that'd make him Obama's son -- and that'd just be beyond the pale.