24 hours with Allison Williams feels like an eternity: "I've taken about a hundred—​or a thousand—​pictures of my dog" 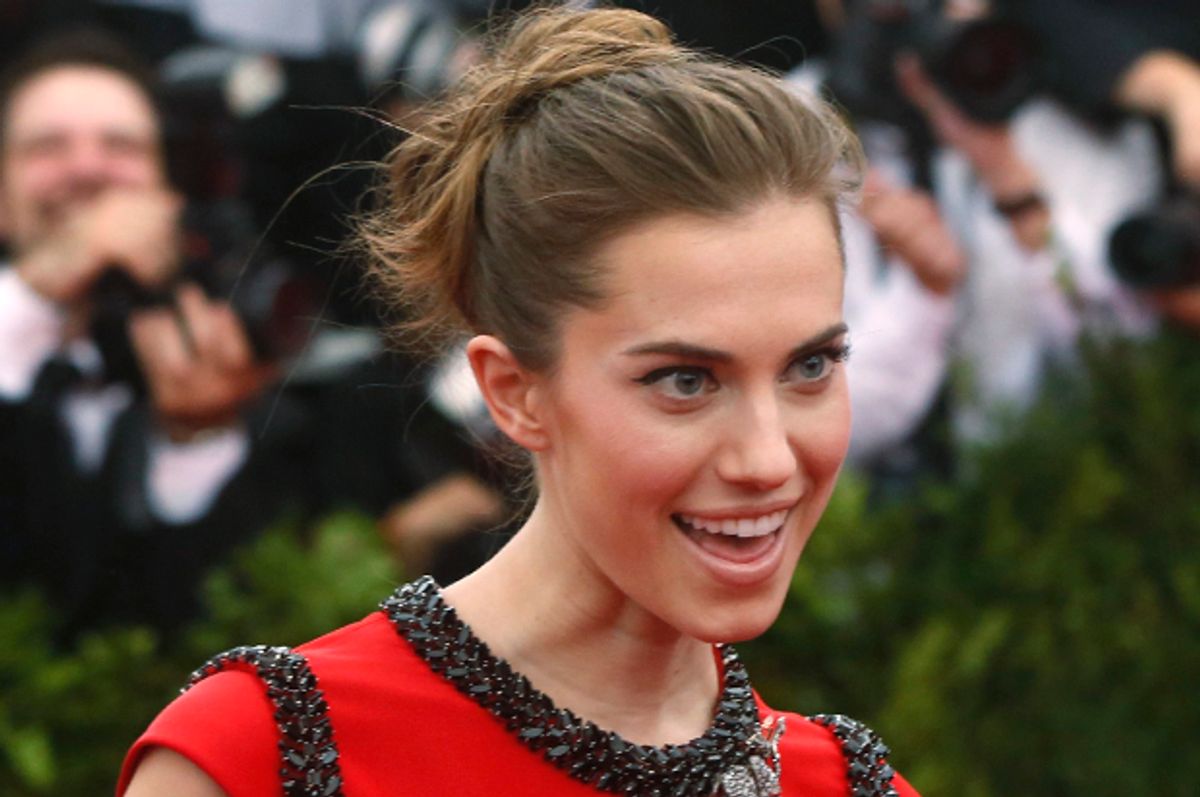 Allison Williams, who plays eager striver Marnie in HBO's groundbreaking series "Girls," certainly brought her fictional character's off-putting enthusiasm to her gig as harper guest editor for Harper's Bazaar with her feature "24 Hours in the life of Allison Williams." These celebrity diaries are supposed to give the plebes a tiny glimpse of the glamorous life, but Williams has pulled the editorial equivalent of being the girl who corners you at a party and obsessively recounts a blow-by-blow recap of how she decides what to eat for lunch. If this is what "likable" is supposed to look like, it's not working.

Williams begins with the precise moment her alarm goes off — 9 a.m. on a non-shooting day — and immediately goes into overshare: "I might wake up a little before or after that, but I'm a night owl, so I'm usually up until 2:30 or 3 A.M," then proceeds to account for her waking-up routine in 15-minute increments, like the world's most irritating lawyer — 200 words about washing her face alone.

By the time I got to 10:30 a.m. ("​I run out to Pilates. My instructor is incredible. I've been studying with her for about a year and a half now.") not only do I feel like I've already spent 24 hours with Allison Williams, I feel like I've been billed for it, too.

If you don't have three hours to wade through every decision Williams has ever made about basic daily living tasks ("I always carry vitamins, money, keys, subway card, and headphones. I never have any snacks."), here are the most banal moments of Allison William's terribly typical day:

Morning: Allison Williams takes 117 words to write "I put on work out clothes."

"I get dressed. If it's a non-workday, I get ready to go to Pilates. I wear Lululemon exercise thongs—​I'm obsessed with them—​and Spanx exercise pants. This is my gift to you: Spanx makes the most incredible exercise spandex. I wear them almost every day. They have a little control top, so they're flattering. If I'm going to exercise or running errands, I wear something called a booty wrap, which my mother gave me. It looks like a sweatshirt tied around your waist, but it's basically just a thing with two side pockets for our keys and subway card."

"Yesterday I ordered from Cafeteria—​per my mom's instructions, a watermelon salad and a kale salad, which were delicious."

Afternoon: Allison Williams futzes around with her dog for a few hours and doesn't really do much of anything all day, actually, which she calls "getting stuff done."

“​I just got this Sony camera that becomes a wireless hot spot, so you can hook it up to your phone or laptop and download photos directly to it. I've taken about a hundred—​or a thousand—​pictures of my dog, a lot of photos of family trips, and photos no one will ever look at (but I will) of sunsets in New Jersey.”

Dinnertime: Allison Williams can either cook, or order pizza, or go out, or order in.

"When I cook, the salad is done first and is soggy by the time you eat, the pasta is al dente, but not in a good way. And I'm perpetually worried that the meat is going to poison everyone, so it ends up being black. It's a nightmare, so I just order in. If I'm alone, it's almost always pizza—​I have a Domino's order ready to go. I don't drink. I have a SodaStream machine, which I love. If I do go out, I love ABC Cocina, a restaurant in Chelsea called da Umberto, and a sushi restaurant near us called Momoya. I'm a big fan of having people over, so we use Kitchensurfing a lot. It's $25 a head, and they come to your house, cook for half an hour, plate everything, tell you what's in it, and then leave."

"I turn out the lights and head to bed. Ricky is usually asleep, so I'm really quiet. I go to the bathroom and wash my face, then I write once I get into bed. I have a journal called "One Line A Day," which tracks entries for five years, so I can see what I did, say, on August 31 from 2012 to 2015."

Read the entire diary, if you have a few hours to spare. And please, "Girls" gods, don't let Williams publish three years' worth of "One Line A Day" next.