Keith Ellison: "Prolific hater" Donald Trump's Islamophobic and racist rhetoric is going to get somebody murdered 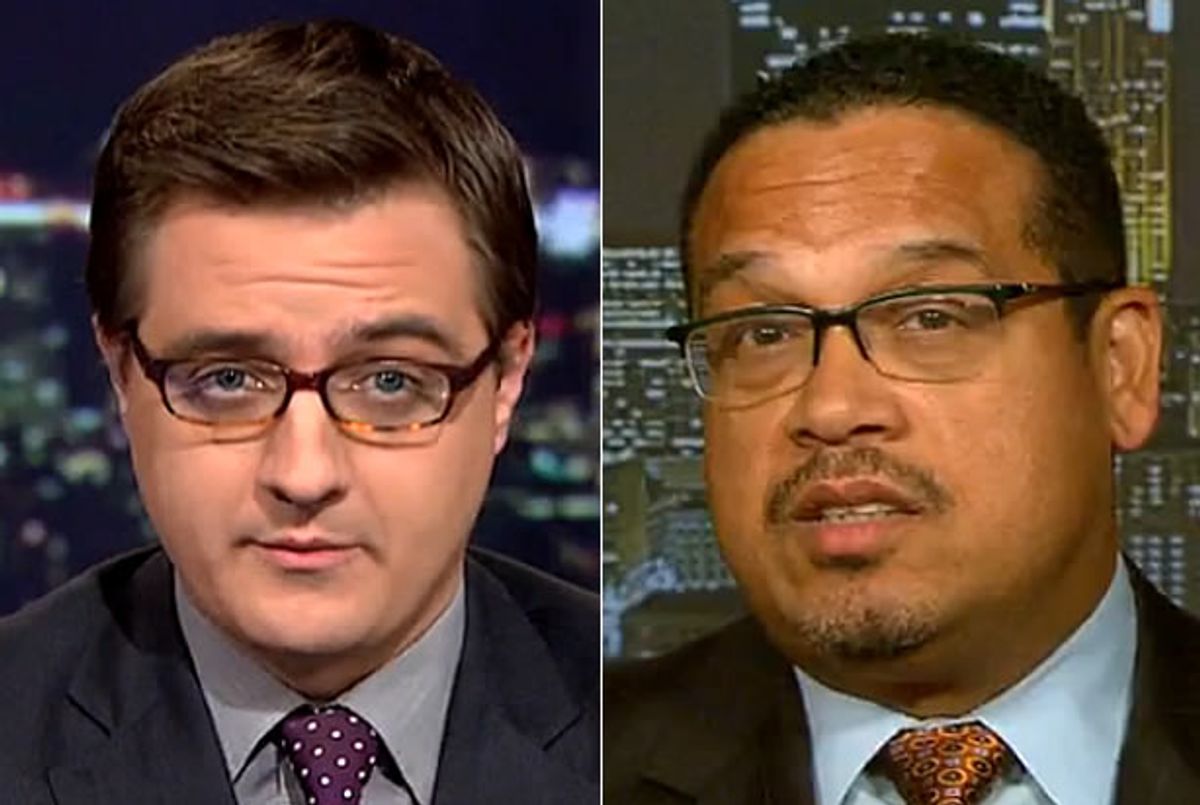 On "All In with Chris Hayes" Monday, Minnesota Representative Keith Ellison -- the first Muslim elected to Congress -- told the MSNBC host that the lies told by Donald Trump and Ben Carson about American Muslims "inappropriately celebrating" the fall of the Twin Towers on 9/11 are "going to get somebody hurt."

Hayes asked Ellison specifically about why Trump would "essentially invent a conspiracy theory," to which the congressman replied, "he's whipping up hatred to scapegoat a minority religious group, which has some very dangerous historic precedents. It's the kind of behavior, classic demagoguery, and he's going to get somebody hurt."

"What do you mean by that?" Hayes asked.

"When leaders who have a national platform whip up hate and hysteria against a particular group," Ellison said, "particularly a minority religious group that is not popular -- invariably, the people who are mentally unstable or motivated by hate come out of the woodwork and you see the desecration of buildings that are associated with that group, you see assaults, you see murders, you see things, things happen."

He went on to praise former President George W. Bush, who after 9/11 "went to mosques [and] said that anyone who desecrates a mosque is going to held accountable by the law. He made it very clear that it was not the Muslim community in the United States to blame for 9/11."

Trump, however, is doing "quite the opposite," inventing historical scenarios in which American Muslims were, if not responsible for 9/11, at the very least cheering on those that were. "This man is a pretty prolific hater, and he's just getting worse...capitalizing on people's fear, pandering to it, so that's what I mean by he could get people hurt."